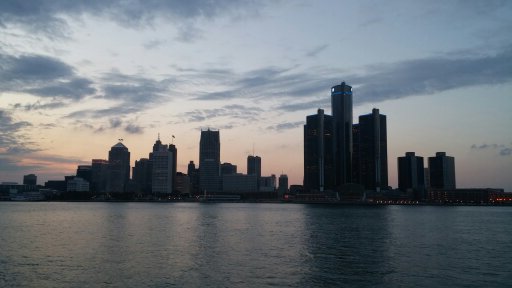 If you are moving to the Detroit area you may want to know the better cities that like west of downtown Detroit.  You may work downtown and want an easy drive down I-96.  Your spouse may work in the opposite direction in Ann Arbor and you may want to split the driving time for both of you.  So living west of downtown Detroit may be your best choice rather than living in the northern counties.

When I say the four best cities near Detroit in the western suburbs I mean cities that have low crime, good schools, and that are desirable cities to live in.  Usually when you buy a home in a community that has low crime and good schools the housing prices are stable or rising.  That means when it is time for you to sell your home in the future you should be able to get more for the home.

Here are four of the best cities in the western suburbs of Detroit. All of these cities are centrally located along the I-275 corridor and I-96 is not too far.  I-275 runs north south about 20 minutes west of Detroit.  I-96 runs east west into downtown Detroit.  When it runs into I-275 the expressway changes names to M-14 and runs west to Ann Arbor.  These two expressways making getting around Detroit area and to the airport easy.  That is what makes these the best cities in Metro Detroit.

These four good cities in Wayne County have good schools.  Schools that will prepare your children for life and get them into good colleges.  Schools that have good programs including STEM programs.  These cities residents are a mix of blue collar workers and white collar workers.  I would say Plymouth and Northville are more desirable to many home buyers.  These two cities are a little more white collar.

What is great is that these cities is that they are safe too.  These 4 communities are very safe.  When you move to any one of these cities you are not going to have any drive by shootings.  There are no gangs or mafias running the streets or neighborhoods.  There are no drug dealers openly selling and doing drugs on the street.  You are not going to find hypodermic needles lying on the streets or parks. As of the 2020 the township had a population of 98,659.] Canton Township is Michigan's second most-populated township, and the ninth most poplulated community overall. The township is ranked as the 96th highest-income place in the United States with a population of 50,000 or more and is also consistently ranked as one of the safest cities in the state and nation. In 2015, the township was ranked as the 29th safest city in the United State

The population was 95,535in 2020, which ranked it as Michigan's ninth most-populated municipality. Livonia is located about 2 miles west of the city limits of Detroit, separated only by Redford. Originally organized as Livonia Township in 1835, it incorporated as a city in 1950.  >In addition to its schools, colleges, churches, parks, recreation center, libraries and the St. Mary Mercy Hospital, Livonia also has commercial and industrial sectors. The population was 5,970 in 2010.  Northville is located about 11 miles  west of the city of Detroit and 17 miles northeast of Ann Arbor. Part of the city is in Oakland County and is surrounded by the city of Novii, while the other part is in Wayne County and is surrounded by Northville Township.  Henry Ford purchased a factory in Northville and moved machinery from plants in the area to the factory in 1919. Known as the Northville Valve Plant, the plant was rebuilt in 1936, and enlarged in 1956. The plant provided valves for every Ford car built.

The population was 9,132 in 2010.  Plymouth is located about 10 miles west of the city of Detroit.  The City of Plymouth has a variety of shops and restaurants surrounding Kellogg Park, the de facto center of town. The Inn at St. John's, a hotel conference center and golf resort, is located in Plymouth. The city offers more than fifty recreation programs for all age groups, an NHL-size ice arena and twelve parks. It also organizes major community events such as the popular Fall Festival, Ice Sculpture Spectacular and the Art in the Park, and access to the Plymouth-Canton school district, with a unique complex composed of three high schools located on one 305-acre  campus and is now one of the highest populated high school campuses in the country with close to 6500 students and over 800 faculty members

These are four of the best communities west of Detroit.  You and your family will love living here in any one of these cities.  If you are looking for a great community around the Detroit area give me a call.  I will provide you with the information to make a smart decision.  Michigan is a great place to live.  Remember we have great lake communities near Detroit.

I work with all the relocation companies to make your move easier.  If you are not working with a relocation company that is fine too.  Give me a call or text today to get started.  My cell is 248-310-6239.

Hello Russ - investigation of a new area for a relocating buyer can seem a bit overwhelming at times.  Helpful hints help make sense of the landscape.  Due diligence definitely matters.