Book Recommendation: Silence in the Library by Katherine Schellman

Silence in the Library (2021) is the second book by Virginia novelist Katherine Schellman. I enjoyed this novel and recommend it for your reading list. Click on the links to learn more about the author and this book. 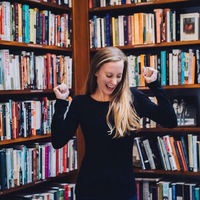 Katharine Schellman is the author of the Lily Adler Mysteries and the forthcoming Nightingale Mysteries. Her debut novel, The Body in the Garden, was one of Suspense Magazine's Best Books of 2020 and led to her being named one of BookPage's 16 Women to Watch in 2020. Her second novel, Silence in the Library, was praised as "worthy of Rex Stout or Agatha Christie" (Library Journal).

Katharine lives and writes in the mountains of Virginia in the company of her husband, children, and the many houseplants she keeps accidentally murdering. Find her on Instagram as @katharinewrites.

Goodreads Review of Silence in the Library

Regency widow Lily Adler didn't expect to find a corpse when visiting a family friend. Now it's up to her to discover the killer in the charming second installment in the Lily Adler mysteries.

Regency widow Lily Adler has finally settled into her new London life when her semi-estranged father arrives unexpectedly, intending to stay with her while he recovers from an illness. Hounded by his disapproval, Lily is drawn into spending time with Lady Wyatt, the new wife of an old family friend. Lily barely knows Lady Wyatt. But she and her husband, Sir Charles, seem as happy as any newly married couple until the morning Lily arrives to find the house in an uproar and Sir Charles dead.

All signs indicate that he tripped and struck his head late at night. But when Bow Street constable Simon Page is called to the scene, he suspects foul play. And it isn't long before Lily stumbles on evidence that Sir Charles was, indeed, murdered.

Mr. Page was there when Lily caught her first murderer, and he trusts her insight into the world of London's upper class. With the help of Captain Jack Hartley, they piece together the reasons that Sir Charles's family might have wanted him dead. But anyone who might have profited from the old man's death seems to have an alibi... until Lily receives a mysterious summons to speak with one of the Wyatts' maids, only to find the young woman dead when she arrives.

Mr. Page believes the surviving family members are hiding the key to the death of both Sir Charles and the maid. To uncover the truth, Lily must convince the father who doesn't trust or respect her to help catch his friend's killer before anyone else in the Wyatt household dies. 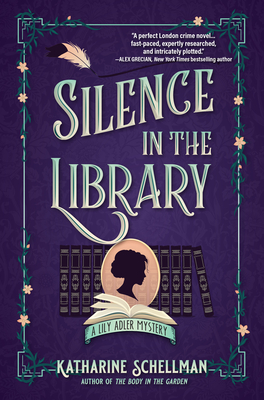 Good morning Roy. Your reading pace in the early part of 2022 is very impressive. Enjoy your next read.

I hope you will read and enjoy this book. Chef Dolores also liked it.

This book may be in our home next.   Happy Tuesday, thanks again for the post. and don't forget the tacos today. Hi Roy.... I've never been a fan of the regency novels, but this one might make me change my mind.

The title alone grabbed me, the description you provided intrigued me. I do not read many novels, I tend to read biographies and business/entrepreneurial books, but I may have a go at this one Roy.

Sounds like a fun mystery, something I would enjoy for a fast read.  Happy Tuesday!  A

Yes that does sound like quite the interesting read for sure

Hi Roy, I am not familiar with Katherine Schellman so I'll head to Amazon to add her to my list. Thank you.

Silence in the Library sounds like a great read for the bookworms out there, Roy.

CONGRATULATIONS Roy, on having this blog FEATURED in the PHOTOS group!

Thank you very much for the feature recognition. It is much appreciated.