Twenty-nine percent of survey respondents say they are delaying buying a home due to inflation. On the other hand, about a quarter of aspiring buyers say that inflation is prompting them to accelerate plans to make a purchase in real estate, the survey shows. Ten percent of respondents say that inflation is prompting them to move up their home selling plans, 7% are delaying selling, and 3% are nixing the idea of selling.

“The way Americans interpret news about rising prices can have a variety of effects on their financial decisions, including homebuying,” says Daryl Fairweather, Redfin’s chief economist. “Some people may delay buying because they’re worried that with prices rising on everything from food to fuel, now is not the right time to make a huge purchase. But others might move faster to find a house because they’re worried home prices and rent prices will increase even more, and they want to lock in a fixed payment.”

To learn more about buyers, sellers change plans as inflation intensifies and the home buying process, visit the SCOOP! 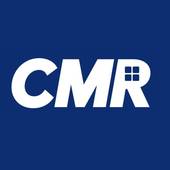