I LOVE WHEN A REPUTIPLE, NATONAL NEWS SOURCE PROVIDES A POSATIVE STORY LIKE THIS ABOUT OUR VERY OWN MARKET. I believe it is crucial to know this as a agent, furthermore, I believe you need to tell everyone involved in real estate, in any capacity, the positive facts about our solid housing market here in Dallas and the Metroplex. This is content I found on 3/11/08 on CNNMONEY.COM, It is must read information...

Home prices have dropped so quickly and so far that valuations - the difference between what a home should cost and its actual price - are the lowest they've been since 2004, according to a report.

"Housing valuations are almost back to long-term norms," said National City's chief economist, Richard DeKaser. He called current affordability "the best in the past four years."

But DeKaser cautioned that home prices could fall even further.

"This isn't to say home price declines are over," he said. "We could move below historic norms. By the end of 2008, housing markets could be broadly under valued."

There are still 21 housing markets, or 6% of those surveyed, that are severely over valued, including Atlantic City and Madera, Calif. That's down from 56 overvalued markets at the peak of the housing bubble in 2006.

The report compares actual median home prices with what the authors determine are proper home values based on population density, relative income levels and interest rates, as well as historically observed market premiums or discounts, to determine whether markets are over or under valued.

The report also factors in market intangibles that make some areas more desirable places to live, and more expensive.

"Declines are no longer confined to once-frothy markets," said DeKaser.

The survey covered home valuations during the last three months of 2007, but DeKaser pointed out there's reason to believe that valuations are even more favorable for buyers today.

Price declines have continued into 2008 and interest rates, although they have inched up lately, have been steady or lower compared to late last year. There have even been wage gains; personal income rose 0.5% in December. Soaring foreclosure rates have added inventory to many housing markets, depressing home prices further.

The biggest gains in affordability occurred in California, Michigan and Florida, which are areas that have also been some of the hardest hit by foreclosures. Those states registered 43 of the 50 biggest price declines.

Bend, Ore. currently tops the overvaluation list. Home prices there were judged to be about 59% higher than their fair-market value. Miami, despite a median home price decline of 5.7% last year, is the most overvalued big city, by 44%.

All the best bargains were found in Louisiana and Texas. Houses in Houma, La. were under valued by 31.2%, according to the report. Dallas was the most undervalued big city, by 30%.

I can give you over a dozen facts that should make you feel very happy you own or will own Dallas Real Estate!

The news media is the downfall of real estate. In Saratoga Springs, NY home prices have dropped but, not that much. If you believe the news, we may as well give up. Every news cast has nothing but dire predictions for the housing market. It seems that they would try to help and talk about the good side for once.Our prices have stayed pretty stable because we are in a resort area. 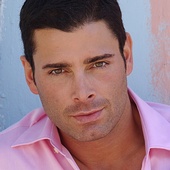