The German Girl (2016) by Armando Lucas Correa is an interesting historical novel that you may wish to add to your reading list. Click on the links to learn more about the author and this book. 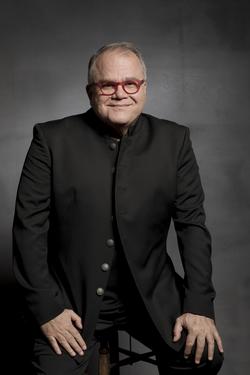 Armando Lucas Correa is a Cuban writer, journalist and editor who resides in New York. His first novel, The German Girl  (Atria Books, Simon & Schuster), is an international bestseller that has been translated to fourteen languages and published in more than twenty countries. His second novel,  The Daughter's Tale (Atria Books, Simon & Schuster) was published on May 7, 2019.

His first book  In Search of Emma: Two Fathers, One Daughter and the Dream of a Family (Rayo, Harper Collins) was published in 2009. A revised and updated edition with a new introduction by the author, and in English for the first time will be published October 12th, 2021 by Harper One.

Correa is the recipient of various outstanding achievement awards from the National Association of Hispanic Publications and the Society of Professional Journalism. Most recently, he was recognized by AT&T with The Humanity of Connection Award and as the Journalist of the Year by the Hispanic Public Relations Association of New York

In Cuba, he entered the world of print journalism in 1988 when he was appointed the editor of Tablas, a national theater and dance magazine based out of Havana.

His career as an American journalist started in 1991 in El Nuevo Herald, The Miami Herald Spanish edition newspaper. He moved to New York in 1997, to work as a senior writer at People en Español magazine and has been the brand’s Editor in Chief since 2007.

Goodreads Review of The German Girl

A stunningly ambitious and beautiful debut novel, perfect for fans of Sarah’s Key and All the Light We Cannot See, the story of a twelve-year-old girl’s harrowing experience fleeing Nazi-occupied Germany with her family and best friend, only to discover that the overseas asylum they had been promised is an illusion.

In 1939 before everything changed, Hannah Rosenthal lived a charmed life. Her family moved in Berlin’s highest social circles, admired by friends and neighbors. Eleven-year-old Hannah was often taken by her mother for an afternoon treat at the tea room of the beautiful Adlon Hotel, both dressed in their finest clothes. She spent her afternoons at the park with her best friend Leo Martin. But, in an instant, that sunlit world vanished. Now the streets of Berlin are draped with red, white, and black flags; their fine possessions are hauled away, and they are no longer welcome in the places that once felt like home. The two friends make a pact: come what may, they promise to have a future together.

As Hannah and Leo’s families desperately begin to search for a means of escape, a glimmer of hope appears when they discover the Saint Louis, a transatlantic liner that can give Jews safe passage to Cuba. After a frantic search to obtain visas, the Rosenthals and the Martins depart from Hamburg on the luxurious passenger liner bound for Havana. Life aboard the ship is a welcome respite from the gloom of Berlin—filled with masquerade balls, dancing, and exquisite meals every night.

As the passengers gain renewed hope for a bright future ahead, love between Hannah and Leo blossoms. But soon reports from the outside world began to filter in, and dark news overshadows the celebratory atmosphere on the ship; the governments of Cuba, the United States, and Canada are denying the passengers of the St. Louis admittance to their countries, forcing them to return to Europe as it descends into the Second World War. The ship that had seemed their salvation seems likely to become their death sentence.

After four days anchored at bay, only a handful of passengers are allowed to disembark onto Cuban soil, and Hannah and Leo must face the grim reality that they could be torn apart. Their future is unknown, and their only choice will have an impact in generations to come.

Decades later in New York City on her eleventh birthday, Anna Rosen receives a mysterious envelope from Hannah, a great-aunt she has never met but who raised her deceased father. In an attempt to piece together her father’s mysterious past, Anna and her mother travel to Havana to meet Hannah, who is turning eighty-seven years old. Hannah reveals old family ties, recounts her journey aboard the Saint Louis and, for the first time, reveals what happened to her father and Leo. Bringing together the pain of the past with the mysteries of the present, Hannah gives young Anna a sense of their shared histories, forever intertwining their lives, honoring those they loved and cruelly lost. 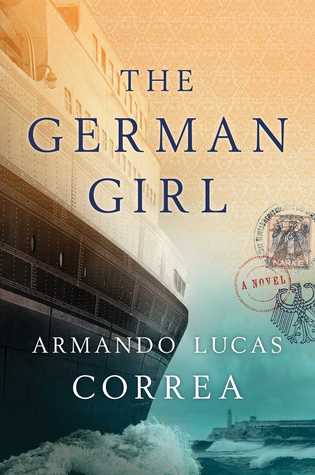 Good morning Roy. It is becoming a full time job just to read your reviews. You must be on a mission. Enjoy your next read

Thanks for the review, Roy. This book was already on my list to pick up at some point.

We lived two years in Germany, may need to check it out. bill

I hope you will read and enjoy this book.

I have heard good things about this book. Thanks for your recommendation. D

What a wonderful review and sounds like an enticing read...And the orchid photos are spectacular.  A

The German Girl by Armando Lucas Correa sounds like a good read for bookworms, Roy.

Thanks! I like learning new things and expanding my horizons in a wide range of subjects. So I've been putting in a lot of effort over the last several months to hone my essay-writing skills. This writing firm (which I found through cheap custom writing service reviews ) have taught me all I need to know about writing an outstanding academic paper. Pupils are always on top of their game when they're given a task.