Just recently, the fascination of the popular Bigfoot legend has made itself known in the Catskill region of Upstate New York.  Recent sightings of creatures believed to be members of the Bigfoot family have drawn the attention of Bigfoot hunter Tom Biscardi.

As a kid, I always wanted to believe in Bigfoots and there is still a small part of me that is dying to see some real proof but without my personal inspection of the evidence, I have to rank them up there with UFOs and Ghosts.  I do have to admit though, some of what they say it very convincing.

"Absence of evidence is not evidence of absence". - Dr. Carl Sagan

Tom Biscardi, founder and chief executive officer of Searching for Bigfoot Inc., put together an eight man team and headed towards the Catskill Mountains as a result of a sighting reported by a local family that said they saw multiple creatures resembling that of a Bigfoot on their property located on Tool House Road in Catskill. Taking into consideration our area and topography, the area where the Bigfoot was sighted (in my mind) is the perfect place for a Bigfoot to live.  Based on my vast knowledge of the species acquired from science fiction books and late night television, the Catskill Mountain range holds all the physical characteristics fitting of the ideal "Bigfoot Haven"

Biscardi's Bigfoot busters arrived in the Hudson Valley last Thursday after some local experts substantiated the rumor.  The evidence that brought the Bigfoot research team to our neck of the woods was the finding of a bedding area (referred to as POD) as well as the sounds of distinctive footfalls picked up by a bionic ear described as that unlike the sound of a common woodland creature.

The initial sighting was made by Hudson Valley local, Patty Williams.  Williams told local newspapers that she first saw a Bigfoot at her Catskill home about four months ago near a tree line and in proximity to a pigpen.

Also in the local paper Williams was quoted as saying that "It had a juvenile with it about my height."  She went on to describe how the Bigfoot went into the pigpen, ate the animal feed but did not seem to bother the animals at all. Her most recent Bigfoot sighting occurred while leaving the home to visit a friend one evening.  She spotted the creature standing alone in her driveway at a height of 7 feet.

Biscardi, who claims to be on an expedition to find America's first King Kong, has been tracking Bigfoots on and off for 35 years plans to stake out the 3.8 acre parcel using state of the art tracking equipment.

According to Biscardi his plans are to capture and transport a Bigfoot to an area where it can be studied by a team made up of a medical doctor, veterinarian and other Bigfoot experts. After the 90 day study period, the plan is to release the Bigfoot back where it was found only now with a tracking device.

I love legends. As a kid, I used to dream of Sleepy Hollow, the Loch Ness Monster and Robin Hood in addition to Big Foot.

Yeah Lisa me too.  This is the first post I made of this type, hoping that it will draw some attention.  I know it isn't really real estate related, but it sure is fun.

Very interesting.  Personally, I think there is a decent chance that Bigfoot is real.  Same goes for "Champ" and "Nessie".  But then I also belive Elvis is still alive, so I'm not sure what all of that says about me :-)

Lou, I have heard of Big Foot tracks, interesting to see if there really is one!!

Some of you may have heard of chimpanzee researcher Jane Goodall. Last year she was interviewed on NPR ( National Public Radio) when she spoke her professional opinion on, undiscovered primates, such as the Yeti or Sasquatch and how she thought they existed.

"People from very different backgrounds and different parts of the world have described very similar creatures, behaving in similar ways, and uttering some strikingly similar sounds," she said. "As far as I am concerned, the existence of hominids of this sort is a very real probability."

I also had a sighting right around the same time as Patty did, in Spring of 2008, of the adult and juvenile Bigfoots.
I was living about 3 miles away from where her sighting took place.
Bigfoot hopefully will never be captured.
They do have the ability to shift into another frequency and thus appear invisible to our physical eyes, that's why they are so elusive. 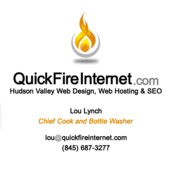