For most people nowadays, their smartphone is within arm's reach 24 hours a day. It's in their pocket while they're at work, it's in their hand on the train ride home and it's on their bedside table as they go to sleep. With this level of proximity and usage, many can't quite shake the niggling feeling that they might be risking damage to themselves in the long run. While conclusive longitudinal research on the effects of cell phone radiation is still hard to come by, for those looking to hedge their bets, this infographic shows the phones that emit the most radiation when held to the ear while calling.

The German Federal Office for Radiation Protection (Bundesamt für Strahlenschutz) has a comprehensive database of smartphones - new and old - and the level of radiation they emit. Following the criteria set for this chart (see footnotes), the current smartphone creating the highest level of radiation is the Motorola Edge. While premium phones such as the iPhone 7 and the iPhone 8 have been close to the top of this list in the past, the latest handsets from Apple have lower SARs, pushing them out of this particular spotlight.

While there is no universal guideline for a 'safe' level of phone radiation, the German certification for environmental friendliness 'Der Blaue Engel' (Blue Angel) only certifies phones which have a specific absorption rate of less than 0.60 watts per kilogram. All of the phones featured here come in at more than double this benchmark. 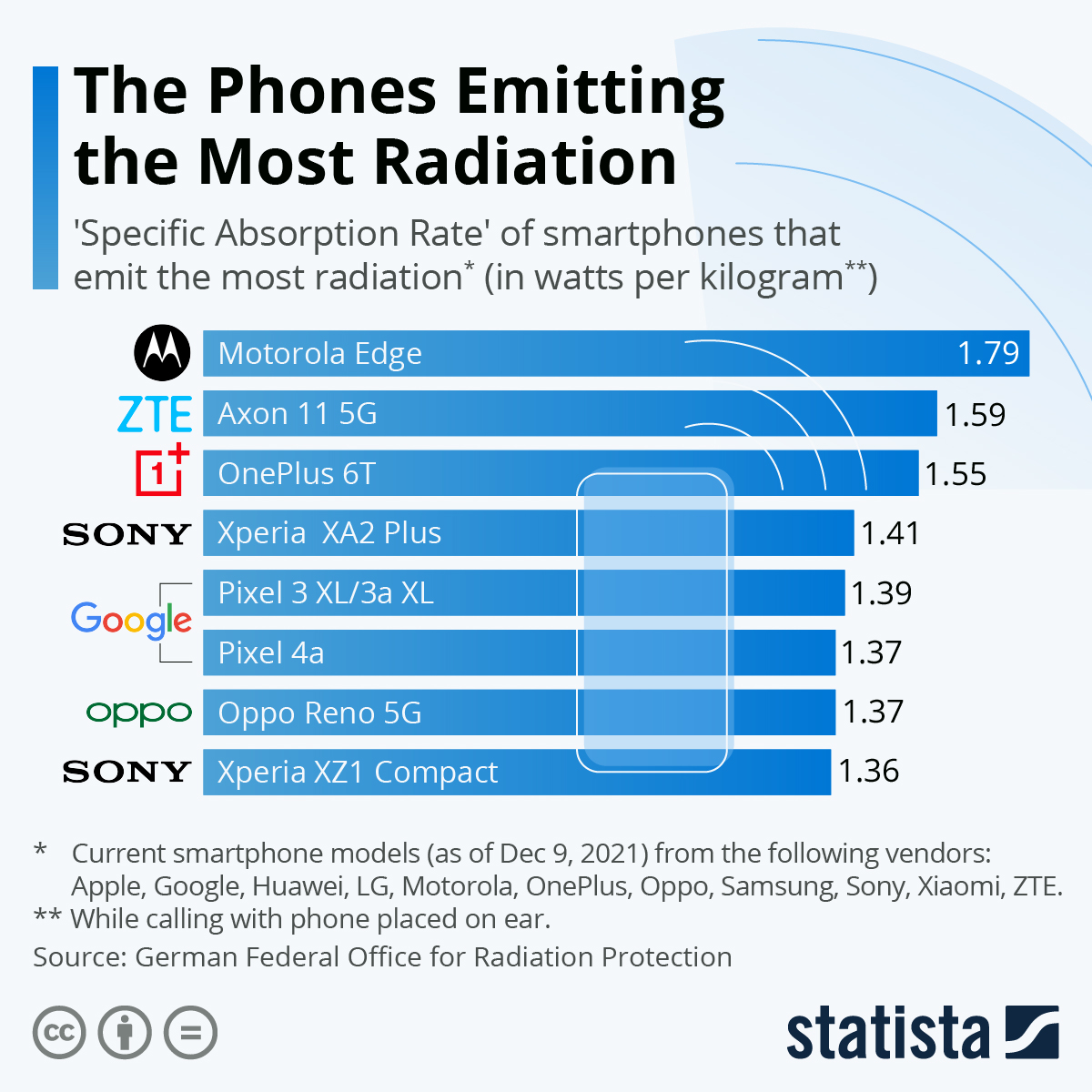 Groups:
Almost Anything Goes
Realtors®
The Lounge at Active Rain

Interesting stats; I tend to keep my phone away from my body as much as possible based on rumors of this from a few years back.

Hello Stephen - unintended consequences are a part of everyday life.  I try not to be overly concerned but attempt to keep aware.

Great information.  Thanks for sharing and enjoy your weekend!