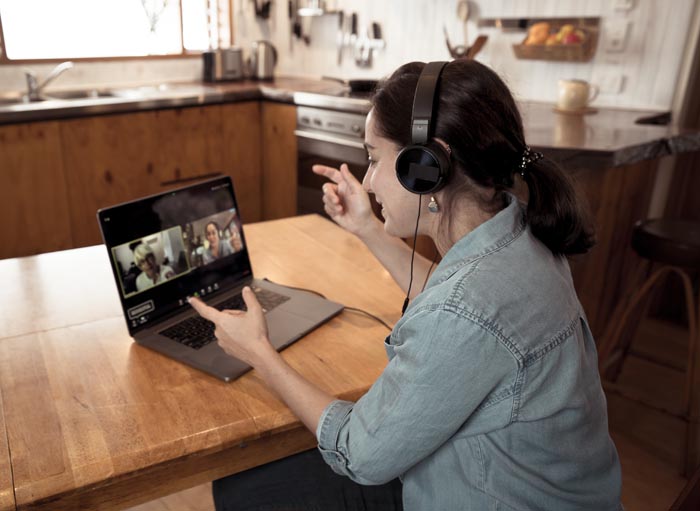 This is going to be a very interesting challenge for me.  And to frame things I need to step back to personal computing. I started with Sears in 1971 and by 1977, I was personnel manager of a large store in White Plains, NY.  One of my responsibilities was to create a payroll cost projection each month for the store operations executive who was responsible for send the profit flash up the line.  I would have to go through a book that has the personnel of every department and update it each month with terminations, new hires, and wage changes, also projecting the part time hours that would be used and so forth.  Everyone in my position in every store dreaded this.  With calculators and tapes, it took up to three days a month which I was able to cut to two.

Fast forward to a different company where I was HR director.  It was 1985 and I had obtained authorization to buy an IBM PC and a wonderful spreadsheet program called Lotus 123. I thought wow, I wish I had this at Sears.  I was projecting things that the management could not imagine possible.  I knew where our benefit costs were month by month and the ratio by department plus much more.  I had so many formulas in the spreadsheet that I had to take it off automatic calc.  Thus began my assent in that company and my reputation as the pioneer, go to person, and early adopter.

Fast forward again, the same company and the year is 1995.  I had a program called Prodigy.  They offered subscribers an opportunity to beta test something new—It was Netscape, the first graphical Internet browser.  I spent hours on it until my wife and daughter realized that no one was getting through on the phone because I was using the line. Later I had to resolve that with a second line.  I was president of our local SHRM chapter at the time and heard from SHRM that another chapter had a web site.  I called that chapter and learned how to get one.  In 1996, I registered the name www.whrma.org. Here is the logo from letterhead that I digitized.

We were the second chapter online in all of SHRM.  It is still online today and updated many times.  I was also on the board for the New York State Council of SHRM and I got them a site.  I wanted to do this in our company, and I had allies but also skeptics.  I asked the VP of Sales and Marketing why we should not have a website now.  He said,  “because most of our customers don’t use the Internet.”  I think Kodak might have said similar things about the digital camera.  He did come around later.  I was persistent and we created a website.  It wasn’t long before browsing turned into transactions.  Employee self service rather than going to HR with forms was just the beginning.

Today, we are light years ahead as most transactions can be done online.  I am a volunteer treasurer for two organizations, and I can do everything from home either in Armonk or Florida.  I really could not do everything I am doing if I had to go to offices and work on in office computers.

I can’t imagine my life today or how my career developed without the Internet and personal computing.  What did we lose?  What did we lose when cars replaced horses?  The question is what new skills are utilized now that we are not spending endless hours on things that have been automated.  That is the challenge I help companies handle.  Our newer workers, “digital natives,” don’t need to learn the computer skills or typing--they know it.  They need to learn about leadership, relationship building, accountability, communication, and how to analyze and curate all this information at our fingertips.  Old skills replaced by new ones.  That is progress and that is exciting.  And that is my story, and I am sticking to it!

This has been my entry the January challenge hosted by Gary Frimann and Kathleen Daniels.

Reading this was a walk down memory lane for me … recalling Lotus123 and Prodigy. Oh, those dial ups were something else. “Because most of our customers don’t use the Internet.” That may have been true at the time, but not for long. It seems kids today are born with data ports in the back of their heads. Computer skills seem to be innate. I agree 1000%, leadership, accountability, communication, and building relationships are skills that must be learned.  Great story to stick to!

Boy isn't that an eye opener Grant? I hope you have a great Wednesday 🙂

Grant I started out with a Texas Instruments personal computer that saved files to  a cassette tape.  A lot of changes since then.

That was a fun read about all the changes and the evolution of how you used to work, and how you do so now. I remember my first experiences with Lotus 123 (my wife used to work for them) and it was amazing. And then Lotus Notes, and then...

I still use my first email address from Prodigy today ! Have a few others , but that one is my file cabinet w/ email dating back to the beginning of time !

Hi Grant- I loved your story. For those of us over a certain age, it was like reliving parts of our history!  You truly were an early adapter!!! And yes, the digital natives have the benefit of growing up in the computer age but they still need training in leadership and management skills.

What a great walk back in time/memory lane! I remember when the bank I worked had a "computer guru" when the computer filled a room.  You have a plethora of experience with the history of the "internet."  I bet at that time, most thought this would never become a reality.  Amazing!

Roy - Yes, I do remember that typewriter as well.

Nina - the accountants loved it.  I called them the guys with the green eye shades.

Sharon - I have always ridden the technology train.

Joan - every advance has helped me.

Good morning Kathleen - thanks for the challenge.  I really enjoyed taking the trip and it got me to ponder.

Paul - it is amazing how technology has transformed.

George - I didn't have one but I do remember them.

Jeff - I do remember Lotus notes and the chemical company I worked for had a Lotus platform instead of Outlook.

Kathy - I can learn from those digital natives and they learn from me.

Jan - Oh yes, and the room was sealed off and air conditioned.

I agree, agree, and also agree.  It has made our daily lives far simpler and at times more complex, but it has made us all far more efficient than we could have ever imagined.  The challenge is we lost some inefficiency

I hope you are having an outstanding week.

Hi Grant Schneider - I had to laugh about "netscape" and tying up the phone line.  Of course, nobody was calling us because this was a second home. But I can sure see the issue for your wife and daughter! Haha!

When we bought our home in Sedona in 2003, there was only dial-up internet.  In our main home in SoCal we had a cable modem which was light years (back then) over dial-up.  We were so glad to get HiSpeed Cable in Sedona.  I can't even remember when that was...

Ed - I am definately not looking to go back.

Roy - we made it to Friday, Enjoy the weekend.

Anna - oh yes, that caused many household arguments, not just mine.

Sheri - I did go through all those phases, after dial up it was DSL, then high speed cable.

Keep warm, stay safe and have a great day.

Wow Grant, half a century buttoned down in a few paragraphs.  Very impressive 50 years wrapped in those paragraphs as well.  Embracing change and spear heading it. Impressive.  Mark

Grant, lots of things have changed over the last two decades, and think I prefer the digital age.

Mark - riding the waves of changes is better than being drowned by it.

Sometimes the good old days before personal computing weren’t really what they were cracked up to be. I too was a early adopter to the PC and Lotus 123. I was hooked on the time saving factor. I hope you enjoy your Sunday Grant 🙂

Grant Schneider
Looking back through time...
Poor Sears got bought up by a land collector!
Lynn

We really have gone down an interesting and productive road since the 70's.  It make me wonder what new things are in the future for us.  Thank you for a very interesting and thoughtful post.