Snow Falling on Cedars (1995) by David Guterson is an excellent novel and easy to recommend for your reading list. Click on the links to learn more about the author and this book. 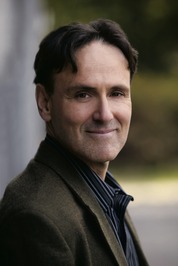 During his university years, Guterson worked in restaurant kitchens and for the U.S. Forest Service. In 1984, he began teaching high school English on Bainbridge Island in Washington State. Simultaneously he began to work as a freelance journalist and became a contributing editor to Harper's magazine.

Guterson's many awards include a Guggenheim Fellowship, the White Award for Journalism, the Washington State Governor's Writers Award, the Swedish Academy Crime Writers' Award, the American Booksellers Association Book of the Year Award, the Barnes & Noble Discover Award, and the PEN/Faulkner Award for Fiction for Snow Falling on Cedars.

Guterson is the co-founder of Field's End, a writer's community, and in 1998 established the David Guterson Award for MFA students in Creative Writing at the University of Washington. He is currently the author of 11 books of fiction, non-fiction, and poetry and lives on Bainbridge Island, in Washington State.

Gripping, tragic, and densely atmospheric—a masterpiece of suspense San Piedro Island, north of Puget Sound, is a place so isolated that no one who lives there can afford to make enemies. But in 1954 a local fisherman is found suspiciously drowned, and a Japanese American named Kabuo Miyamoto is charged with his murder. In the course of the ensuing trial, it becomes clear that what is at stake is more than a man's guilt. For on San Pedro, memories of a charmed love affair between a white boy and the Japanese girl who grew up to become Kabuo's wife; memories of land desired, paid for, and lost. Above all, San Piedro is haunted by the memory of what happened to its Japanese residents during World War II, when an entire community was sent into exile while its neighbors watched. 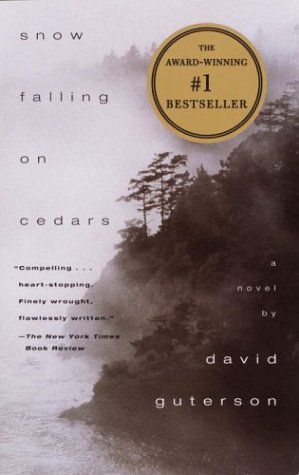 I hope you will read and enjoy this book and many others this year.

Good morning, Roy... this sounds like a lovely book to curl up with on a cold day and enjoy.

We made it to Friday.  Thanks for your posting and have an enjoyable weekend.

Good morning, Roy.
I always appreciate your book recommendations. Have a fabulous Friday!

Roy, another author I have not heard of.  Who is your favorite author, or favorite book?

Dolores and I have dozens of favorite authors and books.

Hi Roy, thanks for the book author recommendation and book. I'm going to pick up the book this weekend. Wish you all the best.

Finally, one I've already read! :) Good book too.  Have a wonderful Friday. D

I read that book when it first came out and loved it, and then Ron read it also.  We highly recommend it.  A

Thank you, Roy Kelley, for the book selection and the beautiful orchid. I have read David Guterson's book, and I was attracted to his book because he is practically our neighbor. He lives in Bainbridge Island, a picturesque town, and we drive through Bainbridge Island to get to the ferry to Seattle. Aside from the fact that he is a Seattle native, I, too, would recommend this book.