Houston is one of the best places to start a business in the country. According to The Kauffman Index of Entrepreneurship, Houston was ranked as the nation's top city for start-ups and entrepreneurial activity for the second year in a row.

Buildings like Market Square Tower offer a great deal of office space at reasonable prices and there are many other options for co-working spaces, too. With all of this here, it's no wonder that so many people are choosing to start their businesses here.

It's also very important to mention that Houston has no problem with talent. It has one of the largest populations in the nation and is home to some of the most prestigious schools in the entire country. Not only does Houston produce an abundance of talented CEOs and entrepreneurs, but it also produces graduates that major in fields such as computer science, engineering and math.

Houston is an increasingly large hub for high-tech companies. With companies like HP, Lockheed Martin, Exxon Mobil, Altria Group, and Anadarko Petroleum Corporation headquartered here, there's no doubt that Houston is an ideal place for entrepreneurs looking to start a business that uses cutting-edge technology.

Houston is a great place for startups. This is true even though all of the Houstonians I know would, if asked, say that everything in Houston sucks.

I was born and raised in Houston, and I've lived here most of my adult life. The majority of the people I know still live in the Houston area, and yet most of them would say that they can't wait to move away as soon as they finish their current project. They'll say it even if their current project has nothing to do with Houston: they're just waiting for it to be over so they can leave. The conventional wisdom that "Houston is a great place for startups" does not describe the opinion of most people who have actually lived here for a while.

My friends generally have nothing positive to say about Houston. They'll concede that there's some nice scenery and that the public parks are nice, but otherwise they'll tell you how horrible it is: the traffic, the pollution, the sprawl, the heat. They'll talk about how cheap everything is compared to San Francisco or New York City, but then they'll complain about how everyone is a cheapskate or how no one gives a damn about quality and craftsmanship anymore. 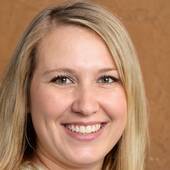