Book Recommendation: The Devil Amongst the Lawyers by Sharyn McCrumb

The Devil Amongst the Lawyers (2010) by Sharyn McCrumb takes you back to the times of 1935 for a murder trial in far western Virginia. This is an interesting novel for your reading list. Click on the links to learn more about this book and the author. 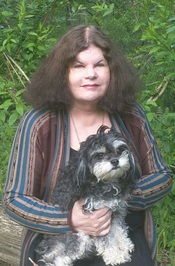 Sharyn McCrumb is an award-winning Southern writer, best known for her Appalachian "Ballad" novels, set in the North Carolina/Tennessee mountains, including the New York Times Best Sellers : The Ballad of Tom Dooley, She Walks These Hills and The Rosewood Casket.

Her books are frequently used in One Community/One Book programs, most recently The Ballad of Frankie Silver by the town of Gallatin TN and Volunteer State College, and The Devil Amongst the Lawyers in Winchester VA.

In April 2014, Sharyn McCrumb was awarded the Mary Frances Hobson Prize for Southern Literature by North Carolina's Chowan University. Named a "Virginia Woman of History" in 2008 for Achievement in Literature, she was a guest author at the National Festival of the Book in Washington, D.C. sponsored by the White House in 2006.

Goodreads Review of The Devil Amongst the Lawyers

In 1934 all the national publications sent their star reporters to remote Virginia to cover the trial of Erma Morton: a beautiful 21-year-old year old mountain girl with a teaching degree, accused of murdering her father--a drunken tyrant of a man.

Eager for a new cause celebre to capture the public's imagination, they were counting on reports of horse-drawn buggies, run-down shacks, children in thread-bare clothes--all of the stereotypes of mountain life. But among them is Carl Jennings, an 18-year-old mountain boy on his first job. An eager, honest journalist, he reports accurately--describing telephones, electricity, gas stations, and coal company executives.

So when their reports conflict, Carl is condemned, while the seasoned journalists perpetuate the myths of country life--and Erma Morton's guilt or innocence is literally sold to the highest bidder--a wronged woman on trial sells papers. Soon, it is not the murder that is of interest: but the vultures attracted by the deaths. In the midst of all this, Carl continues to search for the truth, relying on his younger cousin, Nora--gifted with the "sight"--for help.

A stunning return to the lands, ballads and characters upon which she made her name, Devil Amongst the Lawyers is a testament to Sharyn McCrumb's lyrical and poetic writing. 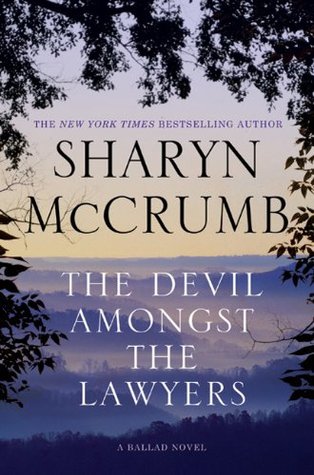 Tags:
book recommendation the devil amongst the lawyers by sharyn mccrumb
roy and dolores kelley photographs

Good morning, Roy... have not heard of this book, but it sounds fascinating. Definitely on my list.

I hope you will read and enjoy this book. Dolores is now reading it.

Good morning Roy. So many good recommendations, so little time for me to read. Keep them coming. Enjoy your next read.

Roy, you preview the best novels. Thanks for the great post, have a fantastic Hump Day, and SELL A HOUSE. bill

That is a new one for me, and the title is wonderful even without a book.  Happy Wednesday.  A

Roy, this book and author looks very intriguing, and should check it out.

The Devil Amongst the Lawyers by Sharyn McCrumb sounds like a good read, Roy.

Hello Roy Kelley this is an very good recommendation and interesting book to read.