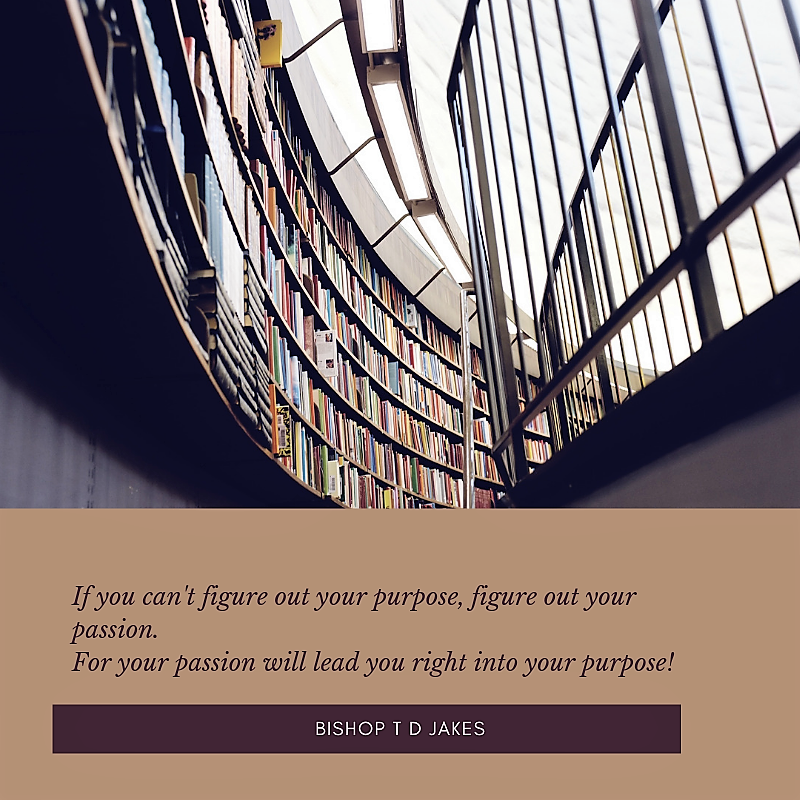 Boy has the Internet come a long way!  From manual carbon copies, microfiche, and calculators to the Internet and Google!    During my 45 years in business, I feel that I've seen it all!

Back in 1977, before I graduated high school, I worked at a bank.  The second largest bank in Kansas at that time was known as "First National Bank."  It was a family owned bank with strict rules on attire, how one should act, and banking classes for anyone interested.

Banking fascinated me as there was so much behind the scenes that the public wasn't aware.  Being promoted to 5 different departments in 5 years, I learned a lot.

In the bookkeeping department, I filed checks manually in something much like a large rolodex!  Statements were processed manually without any room for error.

The customer service department was a real kick.  Becoming a foreign currency teller and calling Oklahoma City daily for exchange rates was something I really enjoyed.  On a daily basis I sold gold Krugerrands, Greek Drachma, Turkish Lira, and other money exchanges.  Hefty stuff for an 18 year old.

We also used microfiche to look up different clients and their account numbers.  Data was being transferred onto a computer during those early days.   The "computer" took up an entire room!  "Dean" who ran the computer was scene as a sort of wizard!  If the computer went down, all work stopped. I remember the Vice President buying pizza on many occasions as we waited for the computer to be up and running again-!

New accounts was a fun position.  Anyone coming into the bank was "delivered" by me to a new account representative.    So meeting new people and seeing familiar faces, was interesting.  One such familiar face who visited regularly was the FBI agent who handled bank fraud cases.  His were casual visits meeting with the Trust Department and other employees, just saying hello.  It was a pleasant greeting every time.

Processing commercial loan payments was also performed manually in the Commercial Loan Department.  Since some of these accounts began in my hometown, Wichita, handling accounts for Pizza Hut, Coleman, and Koch Industries was a regular occurrence.    I'd have to say this was my least favorite position.

When it came time for another raise, I learned that I was earning the same as a college graduate and would not receive another raise until I earned a college degree.   So the next time the FBI agent came into the bank, I asked him if they were hiring.  To my surprise, he said yes!

This was one career move that didn't end up as exciting as I had expected.  Sitting behind bullet proof glass, typing 6 out of 8 hours for the entire state of Kansas, only gave me the "willies."   Every night when I'd arrive at my apartment, I'd make sure no one was hiding under the bed!

During regular hours working for the FBI, it was common to see undercover agents, police officers, and informants.  That part was interesting.  But getting to go to the firing range was a thrill!

One FBI agent was  a former Navy Seal who brought along his Oozie machine gun.  I was thrilled to give it a go, but saw more dirt flying that anticipated!

During these six years at both jobs, I'd worked with Microfiche, typewriters and manual calculators.  At least the FBI position typewriter was self-correcting!

Given the 6 hours of typing, I decided to seek different employment.  I didn't have to go farther than my apartment complex office!  While dropping off a rent check, I asked if they were hiring.  To my surprise, they said yes!

Becoming an assistant manager a month later was my start in real estate in 1983!  Every aspect of this job was performed manually, but I loved it!  Rent checks were processed manually on large boards with carbon copies.  I decided to increase the rent roll so I started posting rental reminder postcards on doors if they were 3 days late.  That little trick worked well, earning me a bonus check.

Another bonus check surfaced when I created a white board to give all of the repairmen marching orders for repairs, versus waiting for me to get off the phone.   I loved the freedom to be creatively efficient!   This foray into real estate was an eye opener and that was an enjoyable, multi-faceted position, and would ignite my passion years later when I became a realtor in 2002.

What's changed?  MUCH and EVERYTHING!  If things hadn't improved for the better with technology, we wouldn't be processing as much as we do as fast as we are able.  But, the human touch is missing with just relying on email and the internet for processing business.  We all still need that voice over the phone, face to face meetings to convey emotion and thoughts.

Recently I attended a one hour session on Crypto Currency, with mention of Block Chain, and mining.  WOW!  The future of real estate will be changing and if we aren't ready, we'll be left behind!   Now THAT is real change!

But to be honest, the best time I've ever had outside work and my passion during those early years was playing softball.  Bank employees, church members, and others throughout a 25 year period were my comrads!   My passion for the sport started at age 12 playing girls fast pitch as a pitcher.  I shifted to girls slow pitch, and finally adult co-ed softball playing second base and pitching, I wouldn't trade any of my ouches or my State and National trophies!    This movie sums it up for me, coming out 5 years before I quit playing.

Thanks for allowing me to reminisce for this challenge.  Lots of smiles and great memories!

One of my favorite movies and I still get teary eyed watching it, remembering my last season in 1997!   Like I told the girls I coached in fast pitch in 2001, my last of 18 seasons, "they can take your cartilage but they can't take your memories! What an interesting retrospective on your journey.  And it was a great read.  Thank you for sharing your adventure with us. A

I remember using the microfiche to look up property tax info then finding the lot in the large tax map books. A big time saver now that it is all online!

Ron and Alexandra Seigel thank you for the read.  I bet you could envision those micro-fiche!

The best part is we had good eyes back then looking at Microfiche Buzz Mackintosh !  I'd hate to try now!

Hello Jan Green 45 years in the business, you have seen it ALL! I bet there was so much behind the scenes that the public was not aware, and still is.  You sure did do a lot and learn a lot. I like the idea of eating pizza waiting for the computer to be up and running again.  I cannot imagine so much being managed manually – yet that was the only way it could be done. An upgrade to a self-correcting typewriter.  I liked that too! Technology has changed much and everything … even us to varying degrees. Human touch is missing. I played softball too – first base.  So much fun!  The name on my shirt was “Lucky” and the number was 13.

A league of their own … now that brought back memories!

I enjoyed reading your post.  It is so easy to get to 500 words!

Jan, I loved your flashback on history of your career... I had a different three letter agency that was calling me... they liked the idea of an Airborne Ranger Infantry CPT who spoke a few other languages besides English:)Endre

Good morning Jan - I loved reading about your career.  I was not in banking but I remember those manual things and received cancelled backs back in the statement.  Great that you have followed your passion and you still have it in your real estate niche.

Hello Jan - not only is this a terrific entry for this month's AR challenge but I also learned a lot more about you while reading it.  By choosing that way of writing this post is more engaging (and memorable).  I like how you pulled all the parts together so well.  Very nice.

Jan, I bet it was fun working at the bank in many positions, and all that experience may have helped you today as a REALTOR.    You had some interesting jobs!

Things have changed so much and no one can even fathom taking a step backward for anything.  Change can be good

Thank you very much, Jan, for sharing some of your career experience and memories.

Jan Green - the incredible woman! WOW! you started on the ladder of success at a very early age and with each rung of the ladder you moved up, gained more knowledge, acquired more insight and when you had opportunities to grow in banking and currency you seized the opportunities without fear or regrets and your heart continued to search for more knowledge and here you are today, humble and you have every reason to be proud! Congratulations on your successful life's journey and may you continue to pass the baton on to your grandchildren too. I am amazed and honored to know you. If we ever meet, I won't shake your hand, I just might bow.

Kathleen Daniels, Probate & Trust Specialist I'm sure you have quite an interesting history yourself!  I didn't write this, but I went to college at the age of 39 for 2 1/2 years. I always figured my girls deserved more education than I did.  Can you imagine going to school with 18 year olds!  It was a bit humbling, but it was also interesting to have real life experiences behind me.  Can't wait to read other's entries!

I'm sure that was a very interesting, career, among other descriptions!  I can't begin to understand what that was like for you Endre Barath, Jr. !  I'll look for your entry!

Thank you Grant Schneider !  I'm sure you have a good post for the challenge.  Can't wait to read others.  I've been a bit busy lately!

Thank you so much Michael Jacobs!  It was an interesting time back then.   I bet you have an interesting story, too!  I love reading about people's lives in these challenges.  It gives a real sense of a person!

Yes, all of those banking positions have been helpful throughout life.  I know that banks invest their money and earn a Fed Funds rate, for example.  And it costs banks to deposit more checks vs. one check because they have to process them!  Looking forward to reading all of the challenges Joan Cox !

So true Ed Silva!  At this age, change can be more difficult, depending on what type of change.  The software was just updated on my EV and I couldn't find anything on Saturday!

Thank you for reading Roy Kelley !

You're such a doll Patricia Feager, MBA, CRS, GRI,MRP , but bowing you don't need to do!  I didn't go to college till I was 39, so I had plenty of time to learn and learn.  It was a very interesting time of growth.  I'm sure you have a very interesting story to tell and I can't wait to find it!   Thank you for reading and commenting!

My most quoted movie is a league of their own, the seen when Tom Hanks talks about "it's supposed to be hard, the hard is what makes it great!" scene.