http://MikesDailyMarketReport.com:  Even though we're awaiting the Fed's Announcement at 11:15am PST, we still have New Home Sales data for the month of December, which rose by 11.9% to 811k seasonally adjusted annualized units.  Markets are awaiting the Fed's Announcement and positioning themselves ready for anything.  Stocks dropped a bit last week, which saw NASDAQ enter Correction Territory.  The disappointing Q4 Earnings Reports, the escalating tensions with Ukraine/Russia, high inflation are all factors too, but Investors appear to be more focused on policy stance moving forward.  The taper should end around March, which it's being widely expected to see our first rate hike thereafter; then further reduction of the Balance sheet 3-6 months later.  There are some investors hoping last week's sell-off in the Markets will soften the Fed's stance, but chances of that happening are slim (especially, as the Fed has been accused of being too far behind on their actions in staving off inflation and their "transitory" rhetoric).  Meanwhile, MBS is Up 3bps, so Mortgage Rates remain Unchanged from yesterday's close.  Yields are sitting in the middle between it's 2 technical lines; and awaiting it's next move (after the Fed's announcement).  It's just under 1.79%.

Also, these videos are base on my views and not represented by any other entity, but my own.  I work as a Loan Officer, and if you'd like information on Mortgages, or how I can assist you, then please direct message me.

Hello Mike and will be interesting what the feds are going to say later today.  The market is weird this week.

He didn't say anything that we should have already known, but Investors are fearing the worse (possible 5 rate hikes this year and maybe even a 0.5% hike instead of usual 0.25% increment).  Also, he mentioned long-term balance sheet holdings will carry Treasuries and left off MBS, which doesn't bode well for MBS (Mortgage Rates).  This will be a year of adjustments. 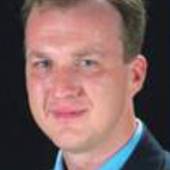