Now this is cool! Did you know that someone once bought a home for the price of a paperclip?How do you bargain your way into selling a home for a paper clip? Canadian blogger Kyle McDonald once did just that after making fourteen trades over the course of one year. McDonald’s keen bargaining abilities earned him fame around the world. Here's the list:1) Paperclip for a fish-shaped pen2) Fish-shaped pen for a hand-sculpted doorknob3) Doorknob for a Coleman camp stove with fuel4) Coleman camp stove for a Honda generator5) Honda generator for an "instant party": an empty keg, an IOU for filling the keg with the beer of choice, and a neon Budweiser sign6) "Instant party" for Ski-Doo snowmobile7) Snowmobile for a two-person trip to BC8) Two-person trip for a box truck9) Box truck for a recording contract with Metalworks in Mississauga, Ontario10) Recording contract for a year's rent in Phoenix, AZ11) A year's rent for one afternoon with Alice Cooper12) One afternoon with Alice Cooper for a KISS motorized snow globe13) Snow globe to Corbin Bernsen for a role in the film Donna on Demand14) A role in the film for a two-story farmhouse in Kipling, Saskatchewan!

Wow, that sounds like a lot of work. I think I will just buy my next house.

Well, that sounds pretty cool. Good for him!

Hi Anna,
I've heard of crazy barter stories like this.

Wow, how interesting! I have plenty of paperclips. Hmmmm.

Good morning Anna - now I get it.  I had to read the who thing.  That takes planning.

Wow, that's some pretty impressive bartering. He's very good at what he does. I have quite a few paperclips...

Pretty fascinating! It will be fun finding each one of those trades.

That's a lot of bartering. I think it boils down to finding out what the other person wants and finding a way to get it for them. 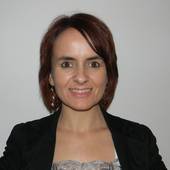