Up to this year, there have been some standards, but nothing like the level of standardization we are going to see starting April 1, 2022.

Here are the high points of the new standard, which comes from the American National Standards Institute (ANSI).

-Basements are any area that is partially or completely below grade, like every lower level in every bi-level, tri-level, and quad-level home.

-And finished areas need to have a ceiling height of 7’ to be included. That will chop out a lot of second-floor space in older homes where the roof cuts into the wall, like cape cods and 1.5 story homes.

If there is a sloping ceiling, at least half the room needs to have a ceiling height of 7’ and no portion of the finished area with less than a 5-foot ceiling gets included in the Gross Living Area (GLA) calculation. I think a fair number of mid-century modern homes may fall into this category.

Appraisers will still be able to note the positive impact on value of all these spaces that have just been removed from the GLA measurement. So, in theory, it won’t make a difference in market values. But it is going to cause some major upsets when people who had a 2,300 square foot home find out it is now going to be referred to as a 1,450 square foot home because of a change in measurement standards.

Now a quick personal story about lack of consistent standards for the measurement of square footage from back when I was an electrical engineer:

I had learned about the inconsistencies in square footage measurement from home purchases my wife and I were making in the period between 1987 and 1991. (We had purchased a total of 8 homes during that period. One we were living in and 7 to hold as rental investments.)

At that time, I was very goal-oriented, and one of my written goals for 1992 was to purchase a larger, nicer property that would be our long-term home. I actually had a written goal to purchase a home that was: “a 1,500 to 3,000 square foot home”.

So I achieved my goal exactly. I got a home that was between 1,500 and 3,000 square feet, depending on who you were listening to!

Having more consistent standards is a good thing in general. But this change is going to be a big deal for the real estate industry this year! 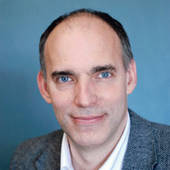