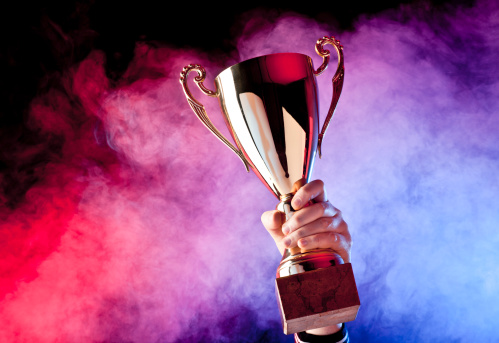 Mortgage Secrets "They" Don't Want You To Know About - Part 2

You Can Buy Trophies

"I used to play sports.  Then I realized you can buy trophies.  Now I am good at everything" - Demetri Martin

This one could strike some nerves.  But it's important for consumers to know that in the mortgage industry (and the broader real estate industry), things aren't always what they seem when it comes to awards and accolades.  Within these industries, there's an entire subindustry of PR, and part of that PR and marketing is awards and publicity packages for sale.

Your friend on social media was just interviewed by "Top Agent Magazine", or was recognized as a "Five Star Professional" in their market?  What that means is someone purchased a publicity package that included social media posts.  Was there a nomination/vetting process?  Yes, it's likely there was.  Was it intensive?  Did it ask any questions or require any proof of production, service levels, or any comparison to other local professionals in the market?  Not likely.

Most "best of", "5 star", and "top (insert job title here)" awards are, in fact, either purchased trophies, or publicity campaigns.  The other common "winners" are often those who get their friends/family to submit online "votes".  These votes often have no vetting, no proof required that anyone voting has worked with (and in many cases, no proof those voting even know) the person or business being voted for, and sometimes boils down to "who has the most friends".  Ah, yes, marketing and networking are powerful tools!

PR and marketing are a part of every successful business and play a role in every industry, but in the real estate and mortgage industries, this PR is often intentionally misleading.  Some of these firms tout "Less than 7% of local professionals win this prestigious award!" or something along those lines.  When, in reality, it's a pay to play platform and the truth is less than 7% of a given market pays these particular PR firms.

How can you differentiate between the trophies people purchase or win via popularity contests, and those earned?  It's pretty tough!  Most company awards require production - President's Club, Chairman's Circle, and similar individual or office awards usually require a high level of performance (which in itself warrants some level of competency and success), and of course, if you see an individual agent with signs all over the marketplace, and those "for sale" signs are changing to "sold" signs, you can surmise they're doing a darn good job.  But if you haven't noticed someone is particularly successful in the market but suddenly have professionally branded awards being touted (especially vague awards with no specific achievement noted, such as "5 star professional"), there's at least a solid chance a PR package was purchased, and in fact, this professional has learned they can buy a trophy.

Many winners of local "best of" competitions and media spotlights are very deserving, high level businesses in the community.  But others are simply buying the PR and hoping no one asks too many questions about how they won their award.  And of course, you can always ask about numbers - how many homes in this neighborhood have you sold?  How many mortgage transactions have you completed this year?  The numbers don't lie.  But sometimes, the trophies do.

Hello John - marketing is a part of everyday life, finding the right match for you may be a secret or simply a discovery found with ones own due diligence.  Is it a secret?  Well, it can seem like searching for buried treasure or a needle in the haystack with so much competition (and competing messages).  It's definitely not always easy but it is definitely always necessary.

100%, marketing is tricky, and necessary.  I prefer creative outreach VS the 'throw money at something semi-deceptive' strategy : )

I think there is a similar process for getting a star on Hollywood Walk of Fame and to get into R&R Hall of Fame.  WHen I see agents featured in magazines, I think of it as product placement!

Yep, in many cases, that's exactly what it is.  I think it would be fine if it was more transparent

I keep getting email inquiries asking me if I want an an award as a top local agent. Good grief, really? Hahaha. How much does that cost, I wonder.

Haha the price is your soul! ; p

Good morning John - the last line of your blog says it all. Trophies can lie.  Show me the numbers!

Good morning John. You can buy trophies and print recognition but the numbers don't lie. Enjoy your day.

In the days of print advertising it would be the agent that would declare themselves the number 1 selling agent in a given neighborhood.  It would have been hard to discredit as they had just sold the only house in that area in the last 5 years 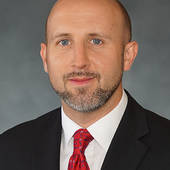