During the 1980’s, Houston experienced an economic down spin when oil prices dropped below their staggering high of $35-per-barrel. (Can you believe that this was the high price for oil? I remain confused as to why our economy is not currently booming considering the price of oil; can somebody explain this to me, please!)

Another huge factor was the collapse of the Savings and Loan industry due to inflated loans without collateral; criminal charges, filed against Savings and Loan officers, were not uncommon. This large source of mortgage loans went away over night. One of the first signs of this economic crisis was the appearance of vast foreclosures as jobs disappeared at a staggering rate.

There was a bumper sticker that read, “Will the last person out of Houston, please turn out the lights!” I am not kidding you.

I bought my very first home in 1982 only a couple of years before this fiscal emergency hit Houston. (Okay, now you know my age and why I have over 19 years in Katy real estate sales.) I was lucky enough to hang onto my house as did the majority of my neighborhood.

Sadly, it was not the same situation for starter neighborhoods surrounding my home. Large numbers of homes went into foreclosure and were purchased by foreign investors. Once a subdivision becomes primarily rental property, it takes years to convert it back to owner-occupied. Rental neighborhoods do not maintain their upkeep and this immediately affects neighborhood values. Pride of ownership, which is always apparent, cannot be over stated.

Today’s Houston Chronicle, Sunday, June 29, has a front page story on the Business Section about foreign investors scooping up Houston residential neighborhoods. The weakness of the dollar against European currencies has created the perfect climate for the creation of rental subdivisions. This is most apparent on the north side of I-10.

As stated in today’s newspaper, “It’s a great opportunity for foreign nationals, because the price of the currency is so slow”, said Eugenio Aleman, an economist with Wells Fargo.

“Earlier this year, a survey by the Association of Foreign Investors in Real Estate found that foreign investors deemed the U.S. as the ‘most stable and secure’ country for real estate investment and the country with the greatest chances for appreciation.

“It’s not just the dollar that’s attracting investors to Houston, though.

One factor that works in our favor is that today's investors face new, very strict lending laws; they are required to put down 30 to 35% for each non-owner-occupied purchase. Let’s hope that these mortgage requirements and the stabilizing of the real estate market in Katy, as apparent in many areas on the south side of I-10, will quickly serve as a deterrent to foreign investors. We cannot afford for our neighborhoods to again suffer the downward spiral of a huge amount of rental properties. 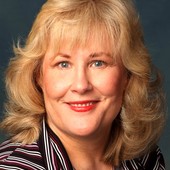