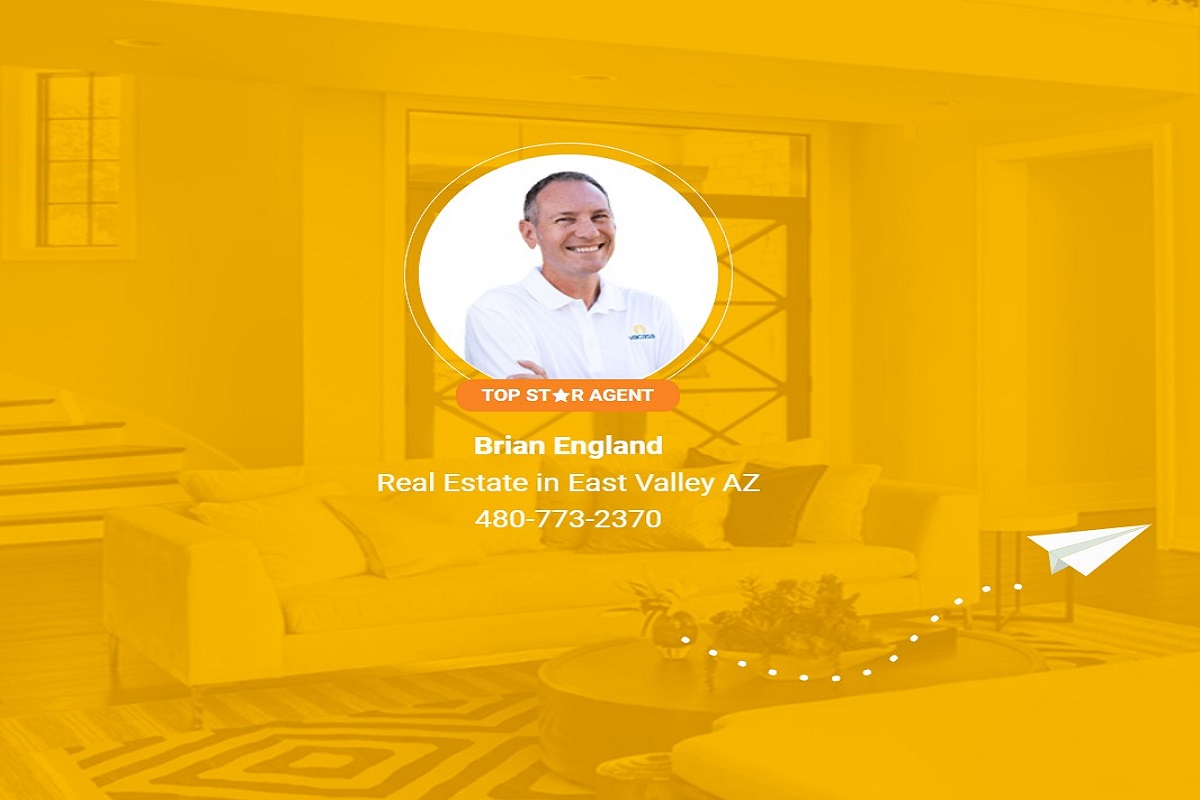 💥The Professional Life of Brian England

☀️For ALL of Your East Valley AZ Real Estate Needs For this February challenge hosted by Carol Williams and Anna Banana Kruchten CRS, Phoenix Broker  I figured that I would write about my work history since that seems to be what people think of when they talk about "professional life". My first job was at McDonald's and I worked there for one day learning how to make big macs, haha. I only worked there for one day because Jack in the Box called and offered me 10 cents more per hour, so I went to work for them. I worked for Jack in the Box during my junior and senior years of high school, then I was off to college.

While in college I had a few jobs. I worked at a golf course as a caddy which was a fun job since I really enjoyed playing golf as well. I also had an on-campus job working for the graduate program in genetics. I handled the application process and assisted the directors of the program with the seminars that they would host. I got to know some pretty big names in the field and people that were world-renowned but it really meant nothing to me at the time, haha. It was very interesting to read through the applications and see how accomplished the people applying to the program already were. It definitely indicated that the program was something big time.

After college, my first job was working at Foot Locker and that only lasted for two months before I got a job that I would consider more of a career. I enjoyed working at Foot Locker but I look back on it and after I accepted the job I gave up my tickets to the Final Four that year because they wanted me to work weekends. To this day I regret doing that because my team won the national championship that year and my friends were all in the thick of it celebrating with the team and coaches, not to mention the after parties, haha. I missed out on that for a job that I only worked at for two months, haha. The career-type job that I mentioned was becoming a financial advisor, which I had good success with. I remember being extremely confident in myself and before I left the interview I asked the guy when he wanted me to start, haha. I did that for a couple of years then decided to go back to school for my Master's degree.

After getting my Master's degree, the economy wasn't doing so well and here I was a guy with a Master's degree and very little experience which I found was not a good combination. Not many employers were willing to pay me what I thought I deserved, but I guess that still holds true today, haha. I took a job managing HOA's which seemed fun at first but became to stressful for my tastes so I left there and began to manage a company that did credit card processing. This wasn't a bad job, although the owner of the company proved to be not such a good guy and ended up letting me go after I got his business rolling on rails.

That led to me getting my real estate license and giving it a go for myself. The road has definitely been filled with ups and downs, but at least I have been able to keep my bills paid which is the most important thing about a job, right? At least in my opinion it is since I cannot truly say that I have ever had a job that I truly loved that also paid me well enough to keep my bills paid, haha.

☀️For ALL of Your East Valley AZ Real Estate Needs

Excellent post and entry into the challenge Brian England . I am in the same boat as you in that I've never had a job that I loved and payed me well. I should have followed my 1st hearts desire to be a DJ but I did not have the vision of Rush Limbaugh. He did what he loved (his way) and made millions of dollars doing it.

Brian- you have had a varied professional life but sometimes it's the journey that is the adventure.

Good morning, Grant Schneider those are very kind words!  Thank you very much, you have made my day!  I hope that your weekend is going well.

Sometimes the tips were good Will Hamm and sometimes they weren't, haha.  It definitely gave me respect for those that work for tips.

When someone can do what they love and be able to pay their bills by doing it Bob "RealMan" Timm that is a good life!

It certainly has been an adventure Kathy Streib and such a long journey that is far from over, haha.

I learned a lot about you in this post for the challenge..what a great entry! You've had lost os jobs which I'm sure all contributed to you learning many things!

Brian England I always enjoy stories on how one found their way into a career in real estate. You have had a long and winding road and many experiences to look back on. Thanks for sharing your story.

Good morning, Dorie Dillard Austin TX I have definitely learned a lot of different things over the years and now I am trying to wind down and learn less, haha.

Thank you, Buzz Mackintosh I guess you could say that real estate found me, haha.  I hope that you are having an enjoyable weekend!

I have a feeling that there might be at least one more hop in my future Patricia Feager, MBA, CRS, GRI,MRP and I look forward most to the day that I will get to hop into retirement, haha.

Well, Hippity Hopity I hope your right! I worry retirement isn't in real people's hopes and dreams anymore, unless of course your among the rich and famous in politics, the media, and of course technology.

Whatever will be, will be and for you,  Brian England I wish good fortune and success.

Hello, Brian England reading your post took me back down my memory lane of all the jobs I worked in high school, college, and beyond. In fact, it inspired how I approached writing my post. Thank you.

Everything we do in life and all the experiences we have, create and mold us into who we are, how we think, and what we do.

I agree with that Kathleen Daniels, Probate & Trust Specialist and even mistakes can turn out to be just how it was supposed to go!

You crack me up Brian!! So when do you want me to start?  LOL.  That's the Brian we know and love.  When you go for it - you go for it! Love it!  Fun entry for the contest!

Wow...a real variety of positions there Brian. I'm sure they all helped piece together the man we see before us today!

Yes, they definitely did Sharon Tara and even though I am far from perfect, I think I turned out pretty good, haha.

Your ability to capture a smile in all is glory was formed over time. If you never shared a word, your smile would speak loads in your place. What propels your smile"? A good heart

I hope that it is a good heart that propels my smile Richie Alan Naggar I always get complimented on it and I think I have even secured some clients from it, haha.

“Brian is always readily available, answers e-mail and phone calls quickly is intelligent, knowledgeable, patient, helpful, and kind. Brian walked us through the buying process step by step, always patient, and always knowing just what to do next. What a relief to work with someone so competent and trustworthy. We feel very fortunate to have had Brian as our advocate throughout this process, knowing that the advice we are getting is spot-on. He is a very fine young man of exceptional character, and his work ethic is very admirable. We will be happy to refer others to Brian in the future!” - Phyllis & Mark Colombo

“My family couldn’t have asked for a more knowledgeable and professional real estate agent than Brian!” - Hope Brown