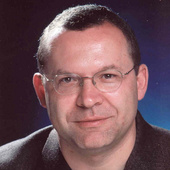 “My Non-Fiction Life”, a post inspired by Carol Williams and co hosted by Anna Banana Kruchten CRS, Phoenix Broker in order to share a bit about ourselves on Active Rain.

As Socrates said:  “The unexamined life is not worth living”.

I was born in Communist Hungary, three years before the bloody uprising in which the Soviet Army crushed the Hungarian Freedom Fighters.  Gratefully, my father held a powerful position at a train factory in the sixth largest city in Hungary.  Hence, from an economic and influence status we lived in the top five percent. We had a car which not many could afford in the late 1950’s Communist Hungary.  My father was on a five-year waiting list before the SKODA (made in Czechoslovakia) finally arrived.  My mother had a housekeeper, we dined in good restaurants and traveled all over Hungary.  We even vacationed in Yugoslavia and Czechoslovakia to name just a few places.  The remaining 95 percent of the population lived quite a different life.  For most children, both parents had to work, and a vacation of any kind in Hungary or elsewhere was a luxury that the majority could not even afford. Then a life changing event occurred; my father feared for his life and that of his family because he had high-ranking friends who were involved with the Hungarian Revolution.  Word on the street was that my father was soon going to be on the inquisition list.  One day out of the blue he told me to pick my favorite two books and my two favorite toys.  He added that we would be leaving Hungary never to return and that I mustn’t tell anyone!  If I were to write a book, I could write an entire chapter about our escape from Communist Hungary and the harrowing way we arrived as ‘tourists’ in Austria.  This was in January 1964, just as the Winter Olympics were taking place in Innsbruck. Living in Austria for almost three and a half years was quite a change from our life in Communist Hungary.  Now I learned what it was like to have nothing while watching my parents struggle to achieve economic comfort.  We learned a new language and adjusted to people looking down on us as we struggled to speak their language.  We also learned freedom of religion and no longer had to stand in line to buy bread or other food.  We didn’t even have to bribe doctors for better healthcare.

During our time in Austria, my father sought political asylum to enter the United States.  After about three and a half years and ultimately a penned letter to President Lyndon B Johnson, the process was finally put on warp speed and we legally immigrated to the United States.  My father’s ultimate dream. Thus, the learning curve began anew as we tried to master the English language while adapting to much different cultures and habits.  I learned resilience as I watched my parents work hard and appreciate being in the United States as they became proud American citizens and homeowners in Waterbury, CT.

“Character is how you react to things - sensibly, without getting carried away by yourself or circumstances” John Wooden

I watched my parents start their lives over multiple times, and I seldom heard them complain.  They quietly dealt with each challenge that came their way.  This instilled character in me and helped me become open to different people and their way of life.  I learned to appreciate the small things, the joys in life, and how to laugh even if things were not going just right.  I also felt I needed to give back to this great country and hence became a Naturalized Citizen and an Airborne Ranger Infantry Captain.  Fame and fortune can be transient but treating clients and people as I would like to be treated is more important to me than having a great deal of ‘must haves/don’t needs” in my possession. In closing, there is no book coming from this Beverly Hills Realtor.  I’m grateful for conversations over dinner with good friends and good wine to accompany me.

WOW, Endre Barath, Jr. thanks for sharing your story with us (and the great photos). I do believe your story would make an inspirational book.

Yours was a gripping story written with unapologetic truth and heartfelt honesty. The fate of your family rested in the palms of your father, whom you mirror a striking resemblance. Your families resilience, faith, and courage became your victory. The rest was destiny.

Congratulations on being the first one to submit a story for the AR Challenge to be FEATURED. Before now, we all knew you were an honorable man, and now I know more about what makes you tick.

What an amazing story! Thanks for sharing with all of us. Continued success to you!

An incredible story that everyone needs to hear. Thank you for sharing this beautiful story.

Truly a moving  biography of your Family's Journey and one most cannot even come close to experiencing. Clearly, it has tempered you for all the travails that follow life, even in America. Thank you for sharing this with us!

A well deserved feature and I am sure it would make for a very popular book. I loved reading it and I loved your photos!

Endre Barath, Jr.
Can't wait to see if anyone even comes close to this adventure you lived!
Thanks for sharing - Lynn

Your family's story is fascinating.  If I can't read your book, I hope one day to have the honor of sharing your table with you to hear more of the stories.  I will bring the good wine!

Those of us who were born here have no idea the challenges that your parents faced!  Seeking asylum, learning a new language, culture and gaining employment are things most of us here take for granted.  Thank you for sharing your full story and thank you for your service!

I absolutely never tire of reading more of your story. Endre! While we are all immigrants, your story is so very 'raw' and 'next generation.'

Many of our stories are from a generation or two ago and we didn't experience ANYTHING as you did - fleeing from a communist country. I can't IMAGINE packing two favorite books and 2 favorite toys - and having no earthly idea where we would be sleeping the next night. I cannot even begin to imagine what you experienced as a young lad, Endre.

I applaud you for what you became as a result of having fled terribly scary communism. I am grateful to have been able to read your story and would be your second biggest cheerleader (after Diane, of course) as you write your biography. I am 100% confident it would be a best seller!

Thank you for sharing more about your amazing family.

Real life can you change than fiction and better than fantasy if we work at it :

What a beautiful child you were!! I love that picture of you with your father!    Thank you for sharing your life story. I have never met you, but I always feel like we understand each other in some way. Maybe one day, we will meet!

What an incredible story, Endre!! I think you should write a book--I know I'd love to read it.

Loved this post as it did fill in some of the gaps from previous posts you've written. Your immigration was incredible and each time you write about your journey I learn something new.

Obviously I've been in the dark as I didn't know this about you.  Your last sentence is powerful:

Fame and fortune can be transient but treating clients and people as I would like to be treated is more important to me than having a great deal of ‘must haves/don’t needs” in my possession.

We spend our lives seeking "things" to clutter our lives, when living simply and treating others well is where we should focus our resources.

I'm honored to call you "friend".

Endre, What a beautiful story. Thank you for sharing! Stories like this remind me how blessed we are to be in the USA. Over the years I've met a variety of people who have similar stories of immigrating to the US. They made the American Dream come true while others take things for granted.  I'm sure it was hard for your parents but they taught you some very valuable lessons!

I think I mentioned that my parents were immigrants also - first to England and then the US. It took great resilience for both our parents to keep reestablishing their lives, learning, new languages, and finding new jobs.

Of course, it's still happening and may well always as human beings always desire safety and peace.

I find you to be one of my rewards. A true Prince of a fellow. No reason given or needed