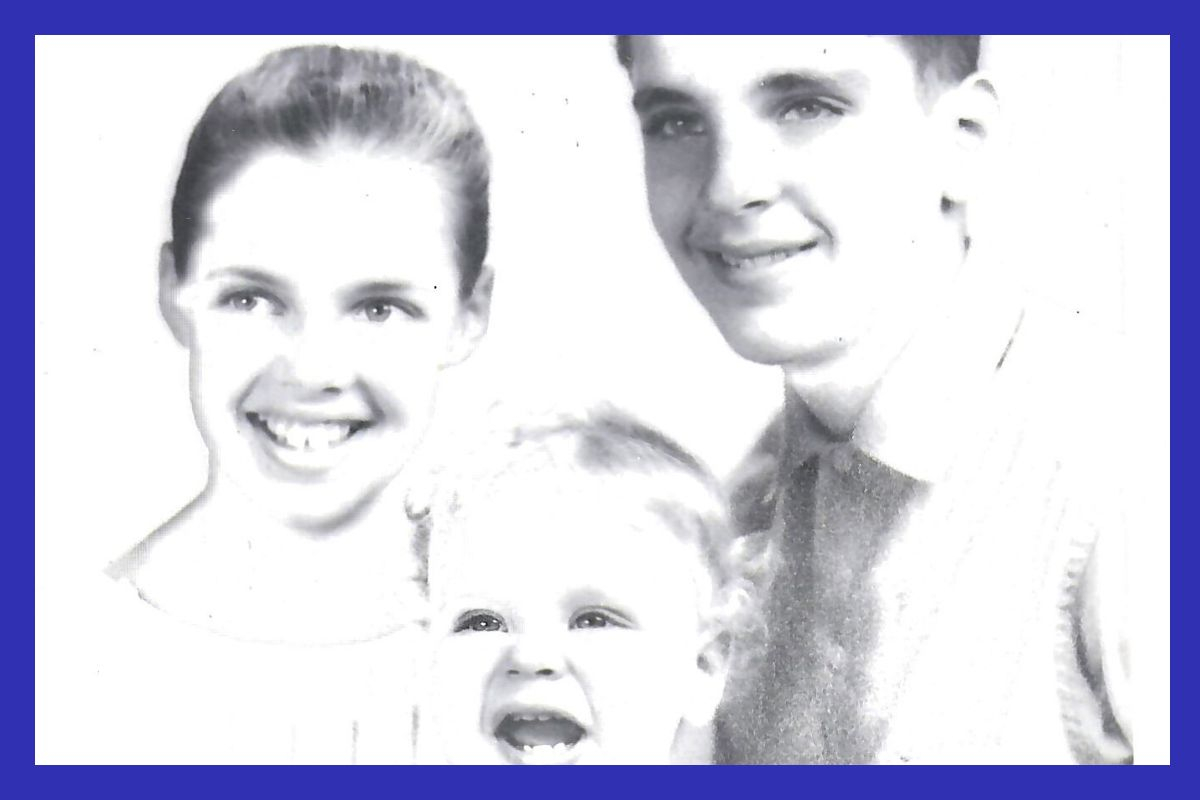 As a post war baby boomer, I grew up in the northeast suburbs of Philadelphia.  My mother was an artist who graduated from the Philadelphia College of Art as did her father, my grandfather.  My father was a chemist.  He was studying at college when Pearl Harbor happened, and he enlisted in the Army Air Corps and went through officer training.  He was a pilot but was grounded because of motion sickness.  However, his hobby was photography and there are many pictures and movies of him in planes.

When he was at night school at Temple University prior to the war, a classmate, my uncle, was dating my aunt, my mother’s sister.  That is how he met my mother.

I was born as they had just moved into a cape cod house.  They built it in Trevose, PA.  They saved the money from when my father was overseas and spent nothing.  As a side note, that must have been an influence on me.  I saved a ton of money when I was driving for Sears and being paid mileage.  I used that for a 30% down payment on my first house.

Given my parents interests in chemistry and art many of our day trips were to art museums or science centers like the Franklin Institute in Philadelphia.

Why do I have wanderlust?  My family never wanted to go to the same vacation place twice.  In our area many people would go down the shore every summer.  Not our family.  We would get into the car and go on long trips with my sister and me and later my brother in the back seat.  “When are we going to be there?” That was something I kept saying.

Every few years we would go to see my grandparents in St. Petersburg, FL.  That was an experience; 3 days in the hot summer on mostly 2 lane highways.  My grandparents always lived on the water and had a boat.   That made it nice.  Water and swimming were always big interest for me and now, finally, I have the opportunity to have a boat when I want it. People didn’t do expensive travel like today but since our family loved to travel, we got involved in camping.  We started with one tent going to state parks in Pennsylvania.  The sleeping bags soon had air mattresses and then army type cots.  We went to more parks in New York and New England.  Then my brother was born and we got a bigger tent.  We started going to national parks as well as Canada.

Fast forward to Phyllis and me and our daughters.  Well, we love the water and my daughters were swimmers.  And both my sister and my brother both ended up moving to Florida.

How nice life is now.  We see my sister and brother now more than ever.  But I will say that people become like their parents which suits me fine since they were role models.  Just recently my sister said to me, “You sound just like Dad.”

We have a great relationship with our daughters who are making their own lives but have been influenced by us.

This is my first post in the challenge by Carol Williams and Anna Banana Kruchten CRS, Phoenix Broker .

Tags:
active rain challenges
what is your story

George - just a few things that I hadn't mentioned before.

John - so glad you liked my story and pictures.

Rocky - I didn't know that you had Philadelphia roots.

Grant, you paint a fascinating story of your life and I thank you for sharing. I hope you met success today 🙂

Hi Grant- you should frame that first photo of yours! Your father and mine had similar interests. My father was in the Army Air Corps as a photographer aboard a plane. After the War he pursued his hobby and developed his own photographs.

Again, this is all about authenticity and I think I might want to re-blog this one! Is that OK? I know this post is a little bit older

Lovely story  💖. I think myself and my husband - we have the same "vacation destination" preference as your parents did- hate going to the same place more than once. Our vacations usually look like "one family tours": a lot of walking and sight seeing...

Hi Grant,
What a great trip down Memory Lane you took us on. It reminded me of my own childhood and the camping trips we took.  I'm so glad you're near family and enjoying this part of life near loved ones!  I'm so glad I got to meet you and Phyllis during my road trip last Fall.

Grant, we used to do road trips with all 3 of us girls in the back seat, and sure wish I could remember the name of the car.   It was a station wagon, and we always asked - are we there yet?

Paul - thank you. Today has been a great.

Kathy - my father continued in his photography too.  And now I know where you got your creative genius with photography.

Laura - thank you  I would be honored if you re blogged

Anna - yes, the walking and sightseeing is very familiar
Carol - I am glad we met too.  I would love to do the trip you did

Joan - so that is why you love those road trips just like me.

Grant Schneider I had to re-read your post and funny when your sister said that you are becoming more like your dad... Diane and I had a conversation the other day she is becoming more like her mother and I am more like my dad.... funny I loved her mother first time I met her and it continued over the years... Diane was the same with my dad... so it is not a bad thing:)Endre

I feel like I always come back to this contact about our personal narratives that we tell ourselves!

I see you spent allot of time traveling the highways in your younger years also. Visiting the State & National parks is a great experience.

Thanks for sharing your entry describing your parents and your travels. It is lovely that you are near each other. Your parents have to be smiling down at the closeness you have with your family.

Roy - have a great weekend.,

Endre - we certainly learn from our parents don't we.

Laura - I know that you received many good things from your mother.

Buzz - it certainly is a great experience to visit our natural resources.

Margaret - thank you very much.

It was fun getting to know you a bit more and hear about your life growing up.

My father's parents were in St. Petersburg FL also and I remember many 3-day car trips from Philadelphia (I grew up on the Main Line in Paoli and Malvern) to visit them.

Hi Jeff -  how the road have changed since then.

Hi Grant I so enjoyed reading your story of growing up - into your now life!  I didn't know much of it and glad you shared it. What a wonderful life your parents (and theirs) passed onto to you and you to your kids. It's all so simple in away, isn't it. The photos are awesome. You're so lucky to have them!

You remind me of the American dream with legs on it. Thank you

Just noticed your black and white photography does not pay justice to an incredible life. Happy Saturday Grant 🙂