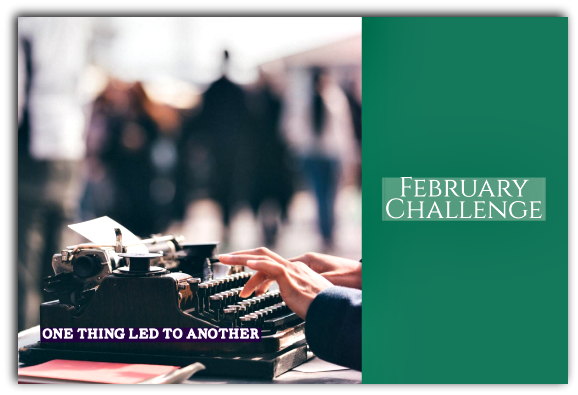 February Challenge 2022…And One Thing Led to Another…Post 2

There are people who know early in life what they want to do for a career or profession. I was not one of those people.

Subtle influences led me to home staging.  Like many, I’ve had different job and life paths before becoming a home stager. When I was a little girl, I loved going over my uncle’s, who was an architect, design plans. He did primarily commercial buildings but also did some private homes. I would take my little fingers and walk through the floor plan. I would critique to whoever might be listening, what I thought the house needed.

I managed to get a Master's Degree in Clinical Psychology which actually came in handy at times.

Along the way, I met Larry who became a homebuilder for a large company in Houston.  So for the next 20+ years, I learned quite a bit about homebuilding.

Many of our friends were in the business so it’s all we talked about. Every new development he started, I watched from the dirt up to the opening of the model home. Homebuilding being what it is, we also moved many times. Usually, that meant Larry going ahead to establish the company in a new area, while I stayed behind to prepare the house for sale.

What an experience that was!  Our first big move meant getting our home prepared to sell, coordinating with the movers, finding a place to rent in Boca Raton, and telling my family I was moving out of Texas!!!  The last part was the hardest.

In 2004 when we were relocating (once again) to Northern VA, it was also a seller’s market. It took us months to find a home to buy. When I was out looking at homes, I would say to Larry….How do they expect to sell a  house in this condition?? I saw trash bags left in the kitchen, dishes in the sink, beds unmade, stuff everywhere, and the list goes on.

Larry, I’m sure, was tired of hearing me complain so one day he mentioned that someone who worked for him told him about something new…Home Staging.

After some research, I found Barb Schwartz, the creator of Home Staging, and took her class.   One afternoon, we went to a townhome that was for sale. We had just 4 hours to stage it. Dividing into groups and working with only what was there…we did it. The homeowner was thrilled!

We moved back to Delray Beach in 2007 just after I’d completed the class. The housing market was down and very few people were familiar with home staging.

My first years were spent educating the agents as well as convincing sellers to spend any money whatsoever for a consultation. Many families were having to move from the home they’d loved. This is when my degree came in handy. There were many times when how I served my sellers was by listening and helping them work through having to leave their homes.

When I walk into homes, even though I’m retired, I still look around and try to see the possibilities and what the person living there could do.

My book title might be…You never know where life will take you!

This is an entry in the February 2022 Challenge: What’s Your Story?  hosted by Carol Williams and Anna Banana Kruchten CRS, Phoenix Broker.

These challenges help us learn so much about each other and are totally delightful. Happy Thursday my friend 🙂

Kathy I am glad you found what you wanted to do.  I am still trying to figure out what I am going to do when I grow up.  ☺️

Bob "RealMan" Timm I truly believe we are!!!

Nina Hollander, Broker they come from a variety of backgrounds. I can't remember what Sharon Tara's was.

I had never heard of staging until a real estate friend of mine explained it to me.

Aura Alex you reminded me of one of my sellers with a piano that she had only because she hoped to take lessons one day. She was 90+ and moving into something that would not fit a piano.  There was also a room full of items I'll bet you and your partner would have loved getting rid of.

Grant Schneider for the life of me, I have no idea why I chose that as a major other than the fact that it held my interest.

Ron and Alexandra Seigel to this day, I still love looking at floor plans.

Carol Williams you know, I've never regretted moving back to Texas. Still loved our time in FL but happy to be here.

Anna Banana Kruchten CRS, Phoenix Broker I think for me it was a way to have some bit of creativity since I can't draw and I'm lousy at crafts!!! LOL

LOL Kathy - I can't draw and I honestly never liked doing crafts!  Give me a big house to design I'm all over it!

Will Hamm I wish I'd been one of those persons who knew what they wanted to do when they were young.

Sharon Tara Thanks!!! I hope you'll write a post for this!!!

Hannah Williams I had a friend who said we've moved so many times the white-out in his address book was so thick it was falling off.

Paul S. Henderson, REALTOR®, CRS that's why I love these...we get to learn about each other.

George Souto I think I'm always searching. That will keep us young!!!

Kathy Streib I just learned so much more about you.  Did not know you have a master's in clinical psychology or that Larry was a builder.  What a great combination for life partners.

Barb Schwartz made me a lot of money. Give my sellers her video tape showing how to stage and the homes sold much faster

Kathy indeed you never know where life will take you... many times I made choices and had I chose another one my  life would be different today... loved how you and Larry worked as a Team and here you are both successful and both retired with family and friends, Endre

Thank you very much, Kathy, for sharing some of your personal story.

I love learning more about you each and every day!  I am certain that all of the homes you have staged sold for more money than they would have sold for otherwise!

Kathy, it is interesting reading your story and where your life has taken you along the way.    I am sure your degree has helped, as when I went through RE school, they said many times we will be the therapist.

Home staging often makes all the difference in the world when it comes to successfully marketing homes.

In the real estate industry we have to wear a number of hats. Its is interesting how are college degrees can come in handy years later. I majored in History / Political Science and have blended it into my real estate career too. I only wish I had taken a psychology course also.

All life is a stage, as well as a staging event is what I discovered. What to do remains of ongoing interest. Please continue to share & contribute. It makes a difference Kathy

And I love reading and learning more about you from both of your posts. I have an idea and would love to talk with you. Let me know when you have time for a call...maybe tomorrow.

Kathy Streib
Enjoyed hearing about how your career developed. Organic... All the best - Lynn