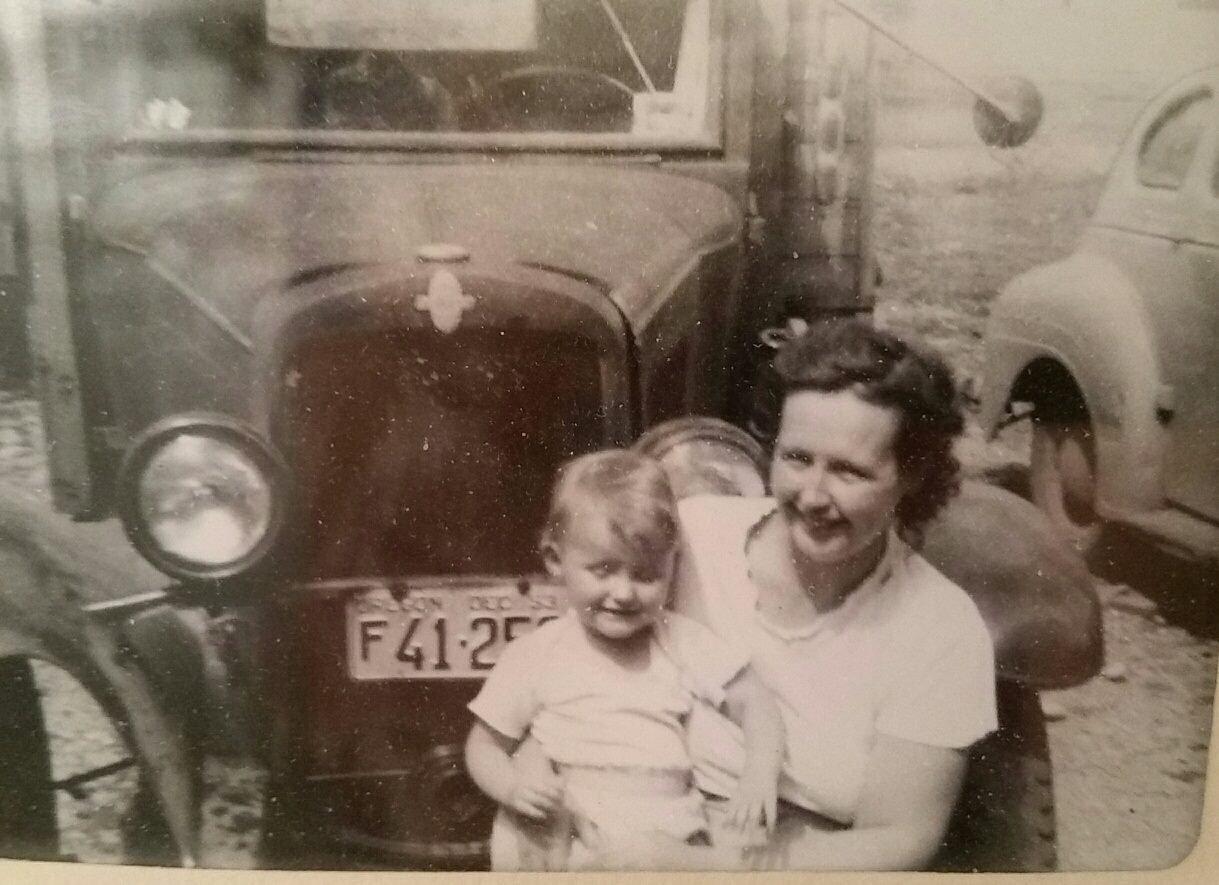 "We are the sum total of our experiences."
-Thomas Gilovich I can't say I remember much about my life before the age of 7.  That's the year my Mother died as a result of being hit by a car as a pedestrian. I do have some pictures, though, so that's nice.  The next life-changing event was when my Dad died of lung cancer and a brain tumor 5 years later.  That's where this story really begins. After our Dad died, my brother and I went to live with an Uncle and Aunt, my Dad's brother and his wife. They were appointed as our legal guardians. We weren't too thrilled with that because we barely knew them. We only saw my Dad's brother and his wife a couple times a year up to that point.  We had to change schools and leave all our friends behind. I was an extremely shy child and the transition was difficult on many levels. In spite of the difficult circumstances, destiny was starting to do it's thing.  Other than getting us enrolled in a new school, one of the first things our new guardians did was to get us involved in a few 4-H programs.  My Aunt was a 4-H Club leader and an excellent seamstress and knitter so those two things were pretty much a requirement for me.  I also joined a 4-H Forestry program. Turns out I did well at all of them and won several county and state championships in each.  I also did Water Safety and became a certified Lifeguard but I don't recall any county or state competitions for that. My real claim to fame, though, was when I won a National Sewing Contest when I was 16, with a pink and white checked gingham dress with hand smocking. There were 55,000 entries! I won a typewriter, sewing machine, and $200 for the win. That was kind of a big deal in those days.

So, the 4-H program was another important life changing experience.  My personality started changing from painfully shy to being more confident and trusting that I could pretty much do anything I put my mind to.

I also did well in school, probably because my Aunt & Uncle wouldn't let me participate in sports unless I got good grades. Participating in sports was my passion so I didn't dare let my grades slip. I graduated a member of the National Honor Society.

After High School I went on to Oregon State University for a year then moved to Wenatchee, Washington in 1971... and that's a whole 'nother story.

I doubt that I'll write a book about my early life but if I did it might be on the subject of finding silver linings in dark clouds.

This is my first entry into the February Challenge "What's Your Story", co-hosted by my dear friend, Anna Banana Kruchten CRS, Phoenix Broker and me.

CONGRATULATIONS Carol, on having this blog FEATURED in the Old Farts Club group!

Winning the national sewing contest is definitely a big deal.  My Mom likes to sew, I will have to ask her if she won any sewing competitions.

Good morning George Souto
You may be a little older but I definitely wouldn't call you an old dog!  😊

Hi Raymond Henson, eXp Realty
We're all a work in progress aren't we? Sports are good for our mental and physical health. I am amazed at some of the stories that come out during the Olympics.

Good morning Anna Banana Kruchten CRS, Phoenix Broker
Wow... I did not know you were an Extension Agent! 4-H was big when I was young. I don't know if it still is. I know our displays at the County and District Fairs now are pretty small in comparison but maybe that's because the population base is so spread out. I was never approached to become a Senior Leader. Maybe my Aunt nixed it without my knowledge. LOL

Yes I was registered to go back and finish up my Masters in the fall.  But....I decided to take a 2+ month trip with a good friend of mine out west (which was epic- sound familiar)!!  I ended up in the Vail area and low and behold I met the County Extension Director  and he asked me to apply for the position. Why not I thought!   I was there about 5 years.   As for the leadership roles it was so good for the kids.  Junior leaders started around age 12/13 and if they excelled they were asked to be Senior Leaders in 11th grade - quite the honor!  Great group of high achieving kids! I loved working with the kids.  I also managed Community Events and Co-managed County Fair.  Pretty cool job but I sure didn't make a lot of money!

So.......you see why I thought of you as both a Junior and Senior Leader!!

Good morning Grant Schneider
I think the scout programs are great too. From my knowledge, I think scouting is more of an all around program while each 4-H club focuses on one area of specialty.  I did sewing, knitting and forestry. I also did Water Safety and became a certified lifeguard. I forgot to mention that in my post. Maybe I'll add it.

Hi Kathleen Daniels, Probate & Trust Specialist
I sometimes have feelings of guilt that I don't remember much of the years my Mom was alive. And, I admit to being envious of those who have/had their Mothers into adulthood.  Thank you for reading my story.

Good morning Joan Cox
That WAS sew cool wasn't it?  LOL  I remember getting the phone call and it's one of those time when my mind kind of blacked out. I remember standing there at the phone and my Aunt saw the stunned look on my face and took the phone from me so they could tell her.  LOL

Good morning Kathy Streib
The older I got, the more I appreciated the sacrifice they made raising us. They had already raised their own kids. It was weird, though, when I wanted to "fly the coop" she tried to keep me there. I thought she'd be glad to get rid of me.  LOL

Good morning Will Hamm
Yeah, most people who know me now don't believe I was ever shy. I think I'm still basically shy but have learned to overcome it when I need to.  Thanks for reading my story.

Good morning, Ed Silva
Yes, as I grew older I understood better what a sacrifice they actually made. They had already raised their own two children. Their son lived in Wenatchee and that's how I actually ended up here instead of some other random place.

Good morning Rocky Dickerson
Maybe I'll save those stories for when we can actually play a game of golf together and stop at the 19th hole.  😊

Thank you Myrl Jeffcoat
I sometimes wonder what life would have been like "only if..."  We'll never know and I'm quite content with where life led me. Thanks for reading my story and the Feature in the Old Farts Club.

Hey Brian England
Sewing is definitely a valuable skill to have.  I made most of my own clothes. Those were the days when you could save money making your own clothes.

Carol, I had no idea you were a fashion designer! That is so cool to win a contest fair and square with that much competition. Your story is so very tender and thanks to a dedicated uncle and aunt, you had a home. Thank you for sharing and hope to see you next time you are traveling through.

I remember reading about your gift as a seamstress. What a wonderful skill, and I'm sure it opened doors and gave you confidence. Both good things.  I enjoyed every single word.

I had to learn how to sew in a hurry when I first arrived in the U.S. because I could not find anything my size without having to visit the "junior" clothing departments. Most everything had to be trimmed, hemmed, shortened, and on and on...My aunt had to mail my clothes from Thailand more than a few times.

I admire your accomplishments early in life and your strong belief in yourself! Thank you for sharing, Carol Williams. It's priceless!

I really enjoyed this! Your early years were certainly challenging and then look at all the accomplishments, and life lessons!

So sorry to hear of you losing your parents at such a young age. 4-H & sports participation gave you a solid foundation for your future.Winning the sewing contest was a monumental accomplishment having a major influence on your personality moving forward. Thank yo so much for sharing your story.

Carol Williams
You said: [Winning] was kind of a big deal in those days.
Actually, it is a big deal even today!
All the best - Lynn 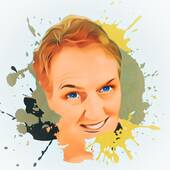