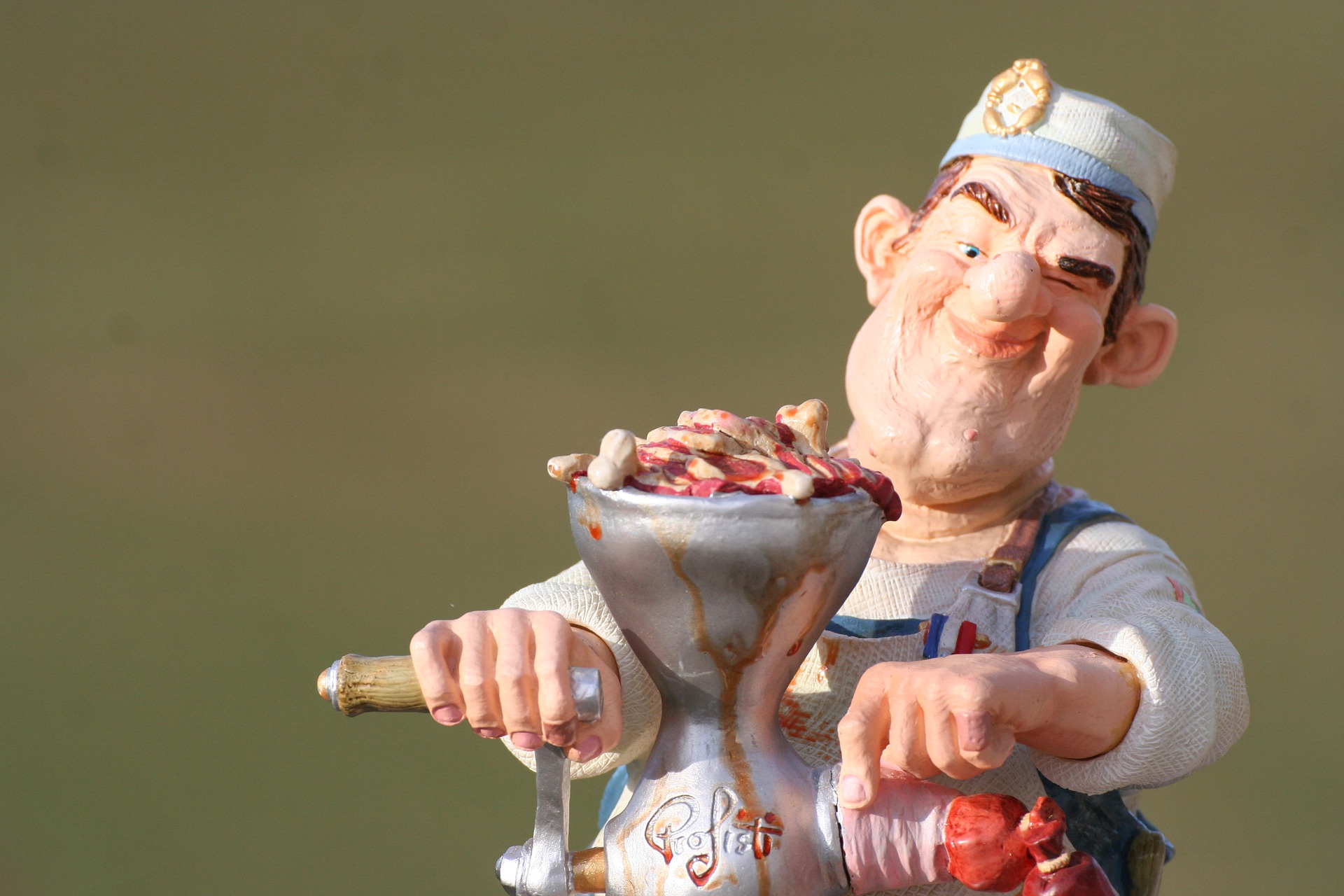 One of the great things about growing up in the U.S.A. is that anyone can start with nothing and end up accomplished. It isn’t just about money; you don’t have to be rich to be happy. For some, happiness is having a large family, making sure your children get a good education or finding the love of your life.

Like so many of you reading this, my family came from humble beginnings. My grandfather came to this country in 1905 from Italy. The son of a farmer in Sicily, he would sleep at night with the sheep to keep away predators. When his uncle paid his passage to America, he emigrated, alone to New Orleans. There he worked in the sugar cane fields for 15 cents a day until he learned English. Later he got a job on the railroad maintaining tracks and switches. He eventually moved to Chicago where he started his own grocery business. He wasn’t wealthy, but everyone knew Sam Domino, as he delivered groceries by horse-drawn wagon all over the city. Sam never became rich, at least financially. When he died, he had a roof over his head and a large family that all had families of their own. That was his reward for his hard work.

I was able to find a picture of Sam (in the forefront) taken at a wedding sometime in the 1960s. One of Sam’s sons, my father, learned the grocery business and when the City of Chicago bought up the land his store was on to build the Dan Ryan Expressway, my dad went to work as a butcher for a grocery chain on the south side of the city. Growing up, in my old neighborhood, everyone knew you by what your father did for a living. One boy’s dad was a fireman, another a truck driver. Everyone knew me as “the butcher's son.”

Following in his father’s footsteps, my dad taught me the life skills I would need to be successful. I went to school and learned my reading, writing, and counting, but discipline and honesty were two propensities they didn’t teach in school. I learned both the hard way.

Here is a picture of me as a child along with my father, Joe the butcher. From my age, I guess this one was taken in the early 1950s. As a young man, I am sure there were times when my father questioned my life decisions and wondered where he went wrong. When I look back at my younger days, there were times when I strayed from straight and narrow. When someone took this picture of me in the 1980s my dad was probably shaking his head and wondering where the clean-cut kid in the picture on top of the television went. Even though I never learned to cut meat, I was still the butcher’s son. No matter how much my life has deviated from the path he envisioned, the grit and determination of my grandparents and parents were ingrained in me.

I have always tried to provide the same foundation for my sons and helped them find success, whatever that means to them. So far it is working. My parents passed away years ago, but I am sure they would be happy with the job I have done for myself and my family.

Based on this last picture you can see it all turned out okay. Lately, I have been scanning and digitizing a lot of old photographs trying to assemble a history that will not be forgotten when I leave the world to the new generations. Unfortunately, I am finding many old photographs are fading away even though they were stored away for years. Once I complete the task, I think it will make a nice story for those that follow to at least smile. Maybe laugh, or cry?

There aren’t too many of the old-fashioned butchers anymore. It has become a specialty. Most meat is processed in big warehouses and sent packaged to the stores. My dad would probably wonder what went wrong with his world.

Who knows, maybe future generations may ask, “What is a butcher?”

Groups:
ActiveRain Challenges
Diary of a Realtor
WeBlog Anything (almost)!

There are still good butchers around at some of the higher end stores.  I really enjoyed your post and the story of your beginnings.  You were given a wonderful foundation to living life and appreciating your ancestry.  It is good to stray, one often learns that the parents knew what they were doing.  A

Hello Joseph and thanks for the early years of your family history.  We all come from interesting family with different work histories.

Hi Joe,
I always love a good story about emigrants coming to America looking to build the life they choose. It must have been very scary for many of them, especially those who came alone. I remember going hunting with my Dad and we brought the carcass home for the local butcher to cut up and package.  Regardless of our upbringing, we all have to find our own way, don't we? Thanks for sharing your story.

Hi Joseph it's amazing to read the story of so many who came to America looking for a better life and working very hard to work their way up the ladder pe se. The 'Butchers Son' I didn't know that they used to call kids by what their father did.  How interesting. And hey....you turned out well and I know your Dad is proud of you!  What kid back in the 70's or 80's didn't have long hair or whatever!  Some how they all found their way back to success and here you are  today.  Appreciating it all , right!

Living on a farm we run a cow off to the butcher every so often to fill the freezer. Enjoyed your story , thanks for sharing.

Hi Joseph- our family had a grocery store and my dad was the butcher!  Interesting aside- he'd wanted to go to medical school but his family could not afford it. Your family's gift to you has been a solid upbringing that you have passed down to your children.

Hello Joseph - the story you shared in this post dovetails nicely with a book I just read.  It was some short stories each pulled together by a common theme.  Towards the end the author spoke of the Greatest Generation and then Baby Boomers.  Reading your history underscored the memories I gleaned from that book and your post.  Nicely done.

I enjoyed reading your story and learning more about you!  I am certain that your parents are extremely proud of the man you are!

I enjoyed your post.  Thanks for sharing and have a great day.

Wonderful post, Joseph! I enjoyed reading every word. What a great journey through life for you so far, with more wonderful things to come!

Thank you very much for sharing some of your interesting personal and family story.