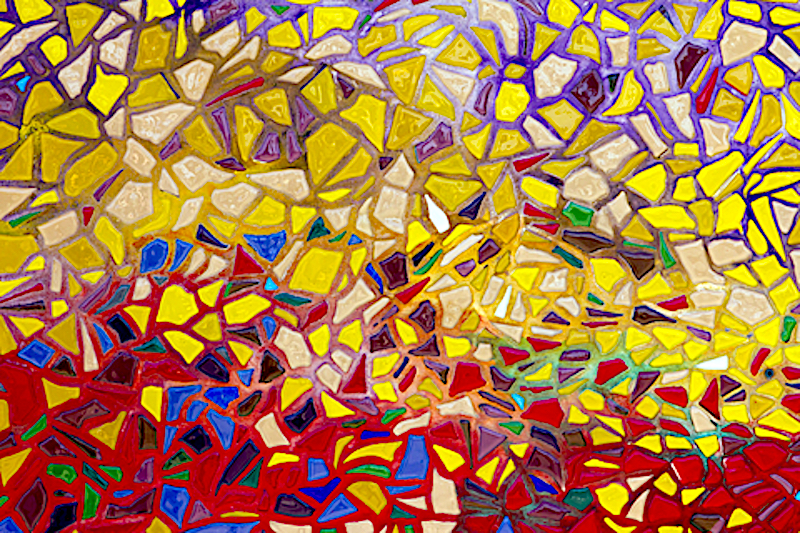 I am a firm believer that every experience in life is a teacher, and that also holds true for one's work experience.  It creates a mosaic of experiences, each valuable and each important to the whole.

I started working part time when I was 13 as a banquet server at the college where my father was teaching at the time. My boss had one simple request.  When you come in to work, you leave your troubles outside the door and you do your very best.  That lesson is engrained in me to this day.  When we work with a client, we are a 100% present!

While in high school and in college, I had summer jobs, and jobs during the holidays.  Here are some examples:

Teaching Bible school at a Lutheran church as well as arts and crafts.

Cataloguing books at the library.

Working in the kitchen at a posh country club

Doing Nanny work as well as being an executive assistant

Working at a garage door company as a receptionist. And pictured above are cans of Le Sueur peas made by Green Giant, whose headquarters were in Le Sueur, Minnesota.  I worked for Green Giant one summer.  It was my defining moment as to why I needed to get an education.  There were two shifts, one from 7AM to 7PM, for two weeks, and then you switched from 7PM to 7AM.

The first part of the summer, I was on the pea line.  Peas are delicate and they need to be processed as fast they are picked, or else they start to wilt and ferment.

This was the line that led from the unloading trucks to the factory which was washed and then sent up to our conveyer belt line of 6.  Three women on each side were delighted to look for debris, thistles, rocks, escargots (snails), and other critters.  If you found a critter, you placed it in a small cup attached to your station.  Each  critter added .05 cents to your paycheck.

I was the only youngster among other ladies who did this every summer.  This was their time to be away from their usual farm work.  The highlight of the shift was when the conveyer belt backed up, and the switch was turned off.  The clean up crew would come up to remedy the mess.  We wore white uniforms and a white scarf to cover our hair.

The second part of the summer was corn season.  I could choose to either de-tassel corn ( de-tasseling corn is to prevent cross-pollination) or shuck corn.  I chose to de-tassel thinking that I would be in the great outdoors.  It was hot and muggy with mosquitoes buzzing, and it was muddy work.

One day later, I quit and chose the shucking corn line.  The job was monitored by piece work.  A special device counted the number of corn ears you managed to put into the de-shucker above the norm.  That added another 5 cents to your paycheck.  I managed to pierce my palm, but kept on with a gloved hand.

My father who was working that summer at Green Giant in the experimental lab came to visit me.  He just stood there silent.  I had no idea what he was doing, standing there just smiling.

It turned out that he was double checking on the piece counter.  He discovered that the counter was set to favor the company.  After my shift, I quit and went home.  Right then and there, I knew that education was the key to success. This is part 2 of my story for the February Challenge! This challenge is hosted by Carol Williams and Anna Banana Kruchten CRS, Phoenix Broker .  Thank you ladies!

Sandy Padula and Norm Padula, JD, GRI I knew that I needed to keep learning...and not be in a swamp de-tasseling corn.  LOL A

You certainly have a diverse work history with lots of learning. And the learning just continues daily!

Hi Alexandra,
Those early jobs certainly do motivate a person to be determined to get an education so we can use our brains and not our brawn, right?

Thank you very much for sharing some of your personal story.

Hi Ron and Alexandra- I had no idea that you had such a variety of part-time jobs!!!  I'm still trying to wrap my head around a company that would cheat a worker as they did. You know, you are not alone in the number of young people who realized the importance of getting an education after seeing what possible alternatives were.

Wow Alexandra you totally surprised me with your lists of jobs as a younger gal!  I had no idea.  Which is a cool thing about these contests, we learn so much about others. I totally get how those 'factory' like jobs made you see the importance of getting an education.  My cousin and I worked for 2 weeks in a factory to make enough money to take a spring break trip to FL.  I swore I'd never do that again!  As for the pea company - cheating their workers?  Glad your Dad figured it out and that you quit!

You for sharing your Dr. Seuss quote today and I can’t count how many times Dr. Seuss has made me smile and ponder. Happy Sunday to you Alexandra 🙂

Paul S. Henderson, REALTOR®, CRS I read his books many times during Nanny duty.  A

Jeff Dowler, CRS I learn every day.  Recently we subscribed to Master class, which has been a treasure trove of learning.  We listen to at least one or two sections every evening.  A

Carol Williams I have brawn for the garden, I like digging in the dirt...but education brought me to where I am and it keeps me exploring something new every day.  A

Anna Banana Kruchten CRS, Phoenix Broker One of the jobs I liked was kitchen work in the country club.  I had two master smorgasbord grads, one from Sweden and the other from Norway that taught me so much!  I had the job until I graduated from college.  After that I was in So Cal at USC. for grad school.  A

Kathy Streib thanks to my father, they stopped doing that...My parents wanted me to go all the way to a PhD, but I was content at a Masters.  After that Ron and I were married, and happily ever after continues.  A

I haven't had a large variety of work experiences.  When I was young, I worked in the insurance industry for a few years.  Then, later moved on to real estate.  During my 40 years as a Realtor, I also spent 8 years working at an International software development company, with folks from all over the globe.  I found it very educational and enriching at the same time.

Alexandra loved your post, how funny how you started out and indeed every experience helps if you are awake and in a learning mode, loved the Pea Line:)Endre

Alexandra, I find your story very inspiring! While education was important, your "determination" drove you to become who you are today. And that is intriguing.

You would be the kind of leader I would be proud to follow!!!

Hello Alexandra, love this post. Regardless of what type of jobs we hold at different times in our lives, we are always learning. My work history is not as exciting as many wrote about. I know from reading your posts you are always open to learning but more importantly, you share your knowledge with others.

Aura Alex thank you for your kind words. I learned so much, and it continues to be a lifelong lesson one after the other.  I am always happy to share what I know.  A

Myrl Jeffcoat The insurance industry is incredibly complex isn't it.  And I am certain you learned so much from it.

Endre Barath, Jr. I kept at it, and it was much better than corn work.  I could not believe that some people worked at this all year long.  I did learn to respect them also, they were taking care of their loved ones...A

Beth Atalay Thank you for your kind words.  Every evening, instead of television, we watch a subscription called, Master Class.  It has some of the world's best people talk about their art, their sport, their negotiation skills, their music, and their way of meditation.  These are accomplished people and it is a joy to watch this...