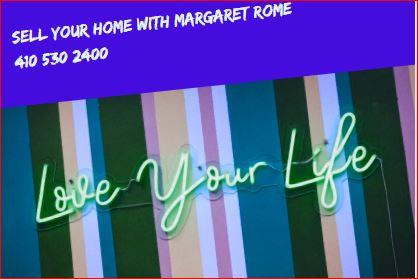 This month's challenge is to tell how our unique experiences have influenced our life and work perspectives.

* Where were you born?

I was born in Danville, Virginia, attended George Washington High School, and moved to Baltimore to pursue my nursing career.

* What was your upbringing?

My parents owned a restaurant and delicatessen open seven days a week. My father was a diabetic, and I gave him insulin shots. He died of his first heart attack at forty-nine. At eight years old, I knew that I wanted to be a nurse!

Mother ran the business opening from six in the morning until nine at night. That was every day! A role model. She taught by example, never missing one day in all those years. Each customer was welcomed and made to feel at home. Mom had a way of making every single person feel like family. It was only after her death that I found out how much she indeed did for the entire community.

*A favorite memory of combining our travel and real estate:

I signed a contract on the wing of our airplane. My sellers were at their summer home in Atlantic City, NJ, and I had listed their unique contemporary home in Baltimore. When the offer came in, I was determined to get it to them right away. After calling and telling them to meet us at the Atlantic City airport, my husband and I flew down to the shore. I'd expected them to be excited and waiting out front for us. We walked into the airport office and found them just sitting there; they didn't think I would be there. After that, where else but the wing of our plane could we sign that contract? * Where have you traveled, and how has that influenced your perspective?

Lee and I did a lot of traveling, having the luxury of our private plane. Weekends, weeks, dinners out of town, Atlantic City, Ocean City, New York, Boston, two weeks flying cross country with three other couples, multiple trips to Canyon Ranch both in Tucson and Lennox, and cruises including the maiden Caribbean Voyage of  Queen Mary 2 Our cruising consisted of going through the Panama Canal and the inland passage of Alaska. And taking a helicopter landing on an iceberg... bluest blue imaginable. And there was also Hawaii. So many places, so many beautiful memories.

* What have been your interests/hobbies, how did you become interested in them, and how have they impacted your life?

Before Real Estate, I was a ceramic artist.

My custom porcelain and stoneware was in the Baltimore Symphony Showhouses, the D&D design center in Washington, many private offices, homes, and jewelry store windows. It was fun to drape the gold, diamonds, and pearls on my artwork in the front display cases. * Have you had any life-altering experiences?

A car accident, rear-ended, put an end to my custom-designed porcelains. Since I refused back and neck surgery, the doctors told me not to lift anything over five pounds. My box of clay weighed fifty pounds! That is when I took a real estate class to tide me over until I could once again work in clay. It didn't happen.

For eighteen years, I was with the big box company, wrote a book Real Estate The Rome Way, became a solo broker  HomeRome Realty, and began hosting my live weekly radio show All ABOUT REAL ESTATE.

And three decades later, I am still going strong and loving Real Estate! Hannah Williams, Can you hear me smiling? I just read about your wonderful childhood.

Margaret loved you filling in the gaps of some of which I knew and I am one of the lucky recipients of an autographed book of yours:)Endre

Hard to believe that I wrote that book so long ago- it's been 14 years ago.

Enjoyed reading your journey flying into the real estate world and broadcasting over the airwaves. Thanks for sharing your story.

Thanks, Buzz for taking time to read my story!

So many little things that have shaped the character and guide you through to where you are today. A road well-traveled and you have it down to an art form

Ed, It has definitely been a road well-traveled. Always good to see you.

Good morning Margaret. The Rome way is the only way for you and your customers know it too! Enjoy your day.

Hello Margaret - as Endre Barath, Jr. commented you have filled in the gaps in some of the things I was previously aware of you.  Not only is your compassion on display but your ability to express it is underscored in this post.

Michael, I so appreciate it when you stop by and make these meaningful  comments.

I wonder how many agents have jumped in their own plan, traveled to their clients area and signed a contract on the wing of their plane.  You do give new meaning to the words, "great service."

It is a shame that you had to give up your art work.  I love the art piece you featured in your post.

Raymond, I am thankful for this month's contest to go back and relive this memory. I loved my art career, and I am so fortunate to have found RE which I love with the same kind of passion.

Thank you for sharing your story - I love the signing-the-contract on the airplane wing tidbit! And your travel experiences sound wonderful.

I was so darn lucky to have had so many wonderful experiences! It was so much fun and totally unexpected.

Grant, For sure I am one of the lucky ones. And from nursing to flying to ceramics... they all have been part of my RE. It is pretty exciting to go into a home and see one of my custom art pieces.

What I life you have led, and I loved the story of signing the contract on the wing of a plane.  You know how to get it done. A

Alexandra, I have had a wonderful life filled with love and passion. Always good to see you.

Hi Margaret well there you go - something I didn't know about you!  Your love of travel!!  Love the photo of signing a contract on the nose of the place!  That is cool!  As you say and do often - whatever it takes!!

Lee loved to travel, and I loved to be with him. Perfect combination!

Hi Margaret,
Your mother's worth ethic was certainly a great lesson that has served you well in all of your endeavors.  I'm so sorry to hear about your rear-end accident. That was certainly a life-altering experience but you've found your path... The Rome Way!

Carol Williams Accidents lead to different and sometimes exciting adventures IF you are open to the possibilities. As I have said before, I loved meeting you in Baltimore and our discussion at lunch!

What an interesting life you have had, Margaret.  I enjoyed reading about it.

Thanks for reading, Myrl. It has been an interesting journey.

Margaret a little more insight into who Margaret Rome Baltimore 410-530-2400 is.  Thank you for sharing.

And thank you, George for reading.

Nurses Heal!!! A perfect blend of caring and loving. What a life you have led. I still ask myself sometimes, "what do I want to do when I grow up?"

Aura Alex,  And what kind of answers are you receiving?

I hear the voice in my head telling me to "help others," and what I find so inspiring is that my quest to "help others" will continue to find my path to happiness.

Aura Alex, You sound like the perfect person to be in Real Estate!

You’re creative in so many ways, even with that picture at the top there, it’s a pretty cool kind of chic!

Laura Cerrano , I always love it when you stop by. Thank you.