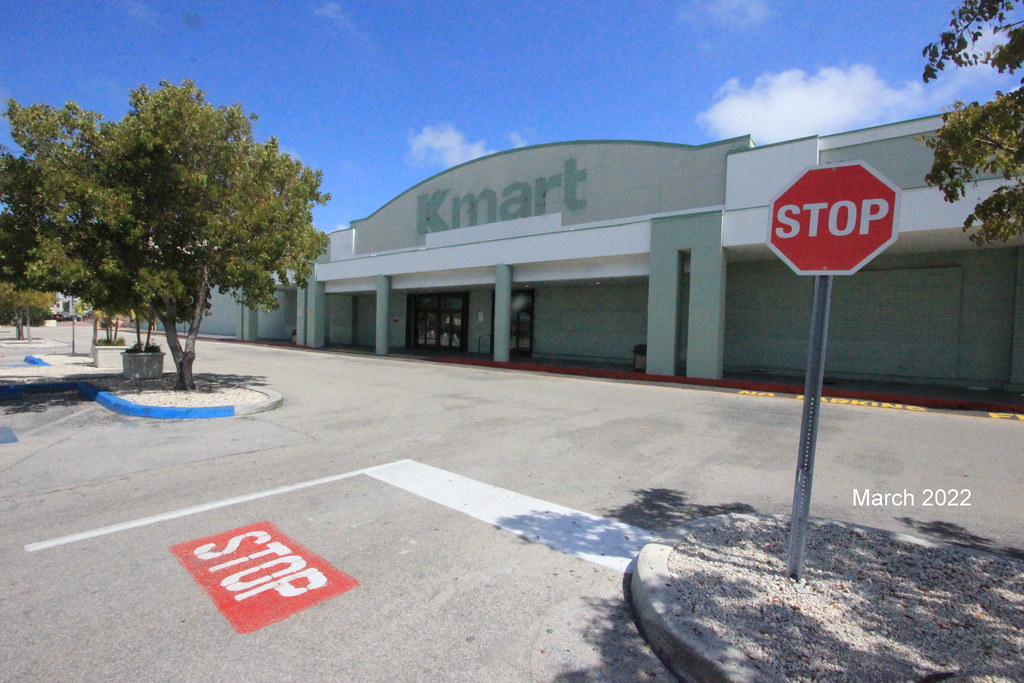 One of my earliest memories after moving to Key West in December 1993 was the day I was standing in the checkout line at Kmart. I spoke to the young lady behind or in front of me. I told her how cute her child was and asked if she lived here. (That's a fair question: we have lots and lots of tourists.)  She said yes to which I replied that her kid was a cute little Conch. She said her husband was in the military and they were leaving as soon as possible She was HORRIFIED at the prospect her child would be a Conch. She hated Key West and everything about it. Okay, Karen. The kid was still cute. Conch or Not Conch. 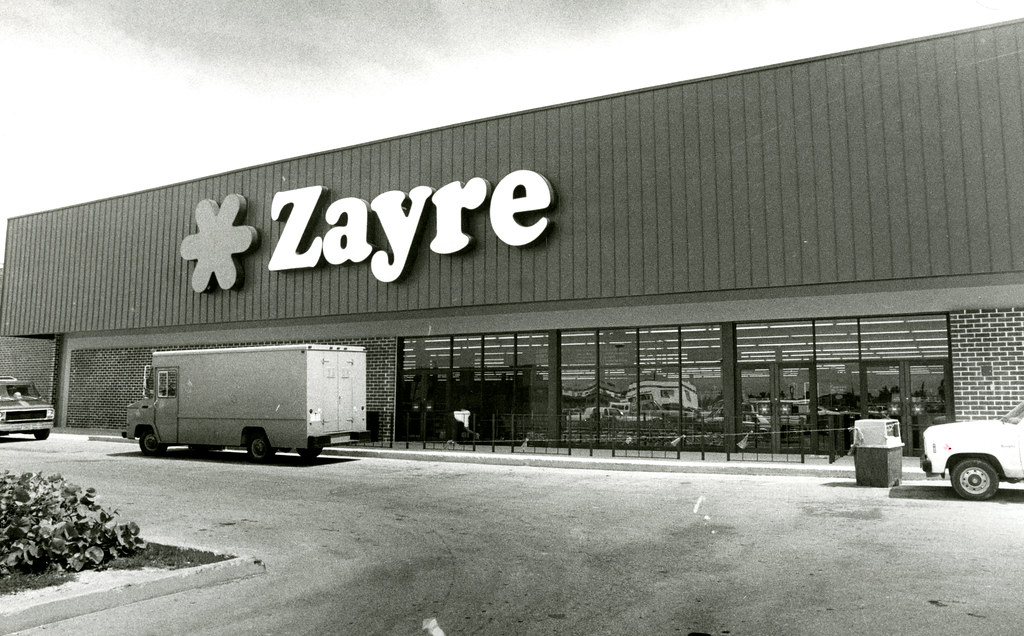 Before it was a Kmart, the building was a Zayre department store. Zayre filled for Bankruptcy in the early 1990s. The facade, signage, and store brand and merchandise changed. The Key West population also changed over the years. Key West has had a stable population base of 25,000 for generations. The populations needs and desires evolved as the base population became more affluent.

Back in 1993 Key West had a Burdines, JC Penny, Sears, and Kmart. Kmart had all kinds of departments including apparel for men, women, and kids, home goods, some limited furniture, sporting goods including fishing gear, home and garden including tropical foliage of all sorts, television and electronics, toys, and a Little Caesars Pizza. You could buy just about anything you wanted. You can do that now with Amazon except for the pizza part. 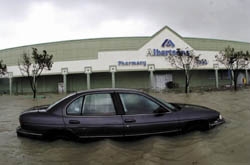 Kmart was located in the Keys Plaza Shopping Center at 2900 North Roosevelt. The Gulf of Mexico is located across the street to the north separated by a Home Depot and a string of town homes. The shopping center was swamped in 2005 during Hurricane Wilma. All stores flooded. Kmart was never the same. The Albertsons grocery store (previously a Woolco department store) later became a Publix.grocery store. 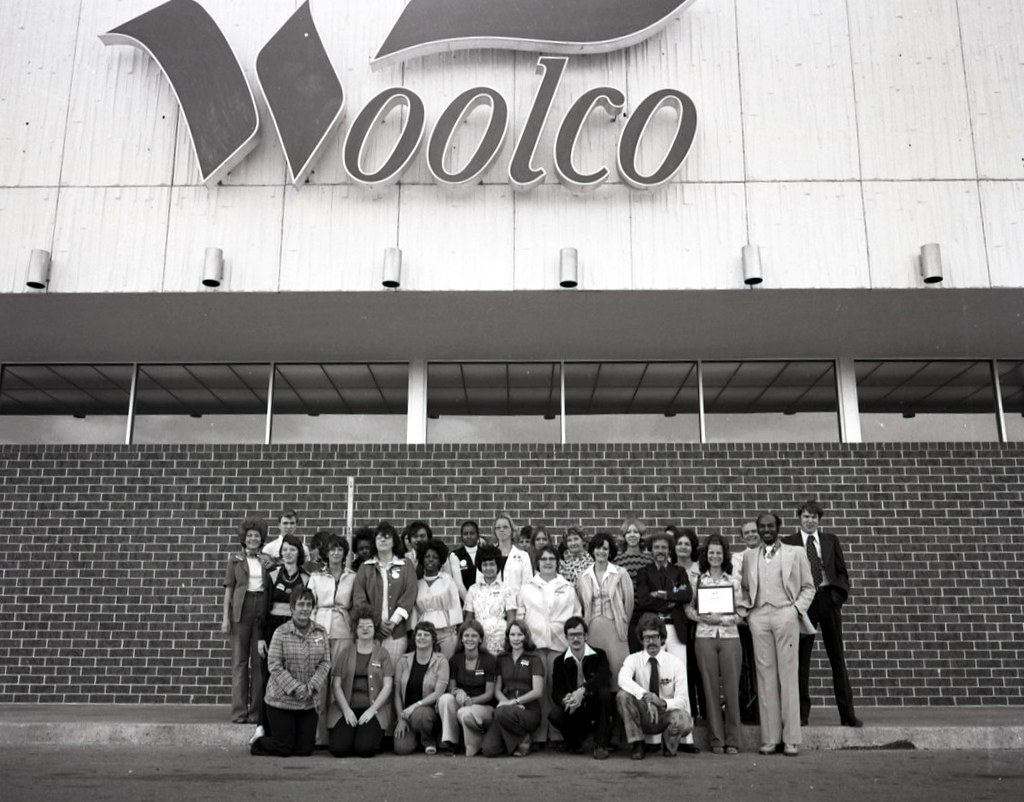 I remember going back inside Kmart after Hurricane Wilma flooded the eastern end of the island. I was surprised at how the store changed - they didn't fix anything. The tile floors buckled from being under sea water. Departments disappeared or shrank in the amount of goods offered. It was like shopping in a third world indoor flea market. I only shopped there a few times thereafter. I had a "why bother?" attitude about Kmart and its merchandise. Kmart closed its doors forever in Key West last week. Another one bites the dust!

The Searstown center is located three blocks east of Kmart. SEARS was the anchor store for decades. Like Kmart it had a variety of departments plus appliances and automotive center.Years ago each department had a cashier and sales people for that department. The Key West SEARS had a large and well stocked supply of televisions and major home appliances. A few years the store changed. There were fewer sales people who assisted in various departments (if you could find one).  And there only two checkout counters with people standing in line.  I renumber looking for a Blu-ray player at SEARS where once there were many and then there were none. The TV department had three TV sets. They gave in to Amazon and other internet sales sites. The departments and sales people had vanished. Cost savings measures led to lost business opportunities. SEARS closed its Key West store forever in 2020. 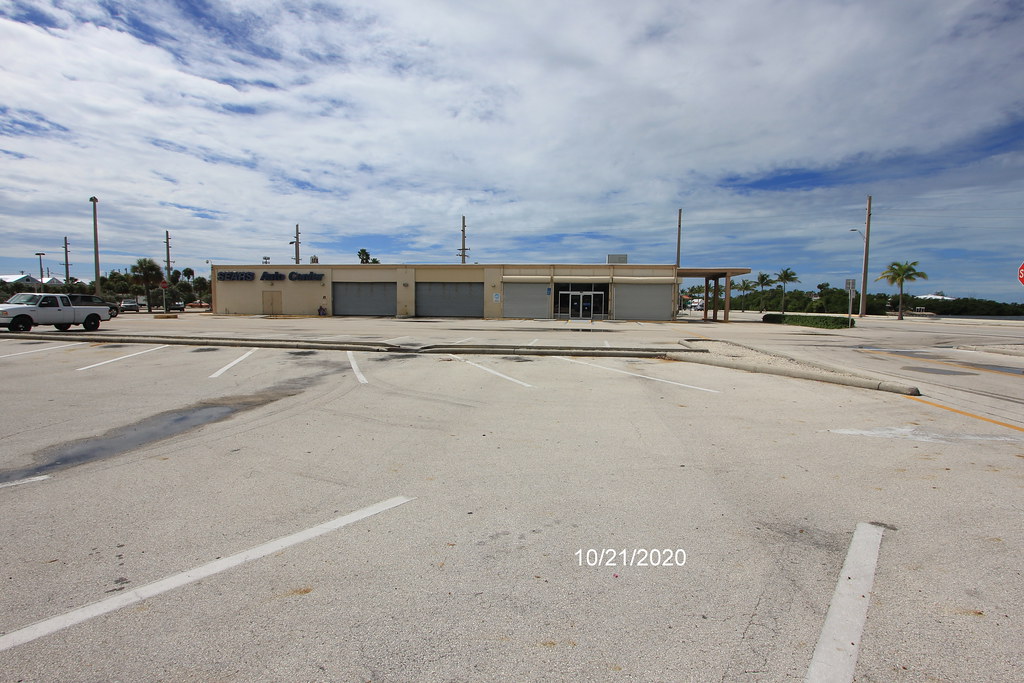 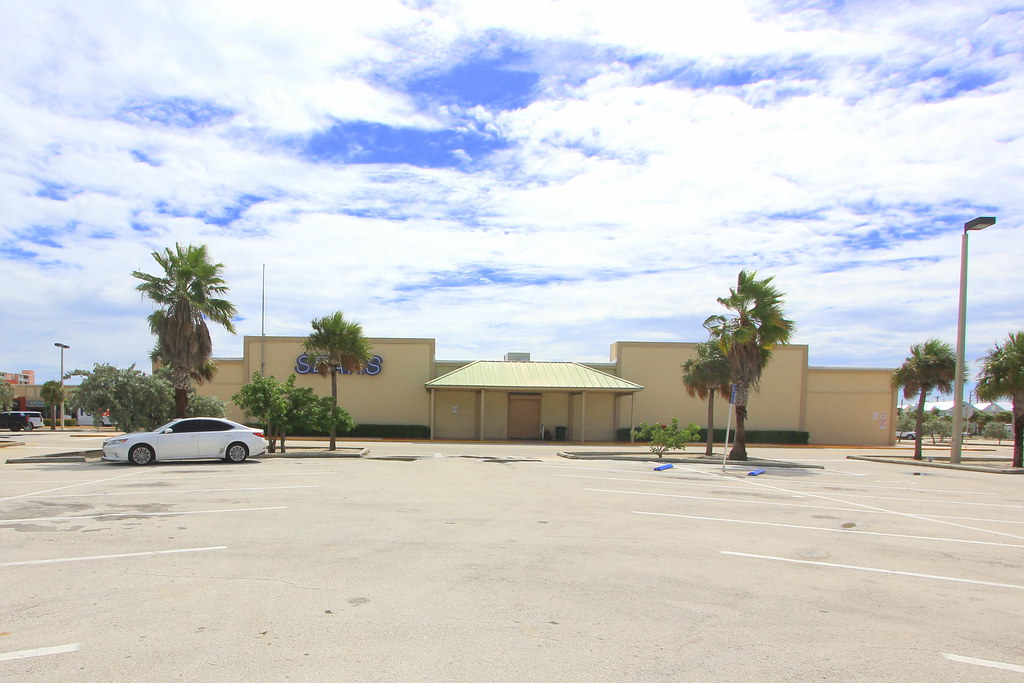 I feel a sense of loss for all the Kmart and SEARS employees except one - that long-haired assistant manager at SEARS who was a little p-word. Years ago I bought one of those behemoth TVs from SEARS plus an extended warranty. When the TV stopped working while under warranty, I took it to SEARS for repair. It was at SEARS for over half a year. When I complained, the assistant manager told me I should have bought a better TV. He was right. I bought one over the internet just like thousands and thousands of other Americans do each year.

I later found out that the SEARS assistant manager was Karen's husband. They never left Key West and live in the trailer park behind SEARS. They both now work at the DMV. 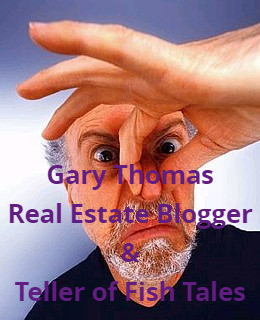 Sears used to be "the" place to get most anything. About 15 years ago I went into a NY Sears and had a terrible customer service situation and I vowed never to return to Sears. I didn't. That specific branch closed last year. As for KMart, I remember K-Mart well. The one near me closed as well. Things do change, and the Internet does provide a lot more opportunities for shopping.

Good morning Gary. Oh the stories you have about life in Key West! A continuous source of entertainment each time you post. Say "hi" to Karen if you are over at the DMV. Enjoy your day.

Wayne.  I ran in into Karen's cousin Myrna who also works at the DMV. I took a gay custome of mine who is originally from South America. He and his husband own a very large home and thriving medical business up north (but in the south). Customer wanted to get his Florida drivers license so that he could homestead their very expensive Key West home, He was obeying all the rules. Not doing anything improper.

Myrna would not accept his State drivers license as proof of who he was. He had to go back with his passport, deed to the house, and something else I cannot remember right now. I thought she was treating my customer in a special way because he was gay. He is very gay. But that is my point. I thought she was requiring more of him than say of a straight white man walking moving here from Oklahoma or West Virginia.

He eventually got his license.  I guess DMV employees have a way of making everybody feel bad.

If you remember my blog about the four video stroes all located on one street, you may remember Myrna. She owns the special one.

So many old names from the past.  Good Monday morning, have a terrific day, and sell a house. bill

Those names were once the anchors of some nay retail centers and now, they are just abandoned buildings

I didn't know there were any KMarts left! Thanks for sharing Gary.