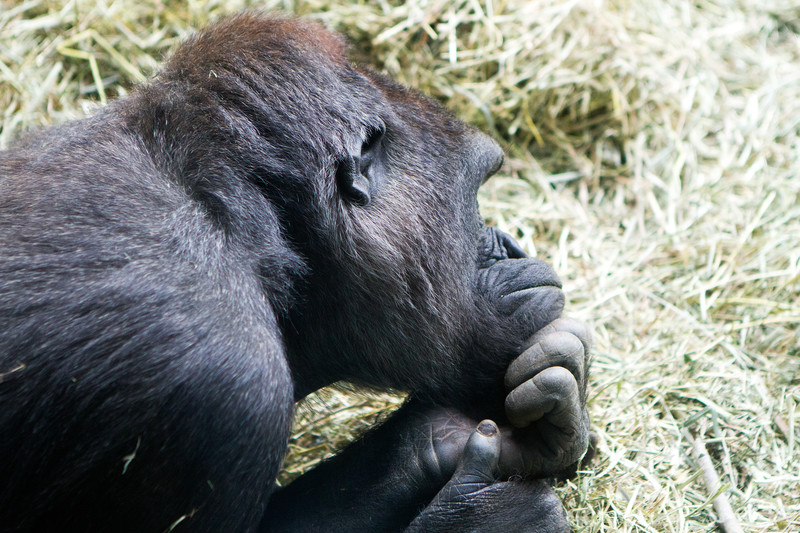 Surprise! Surprise! I make no claims of being a prize fighter. Most of the bouts I battle are with myself.  And outside any competitive arena.

That's likely true for most of us of us as stern self-talks, discussions within our own mind and other memorable monologues have the potential to be a battlegrounds-in-the-making. That is if we don't effectively confront whatever issue seems to be earth-shattering at the time.

There may be situations when a resolution may seem unlikely. But then things change and a decision to make a move is deemed right for that situation. And without a referee either. Let's face it, most events in our daily life are not that earth-shattering. Especially if we confront them head on when they are raised.

A while back I saw this quote:  Everyone has a plan until you get punched in the face.  Okay, that can be a real wake-up call. The words were attributed to Mike Tyson.  More recently, that same quote appeared in the course of an interview I heard unrelated to the previous article. And again, it referred to Mr Tyson as the source.

My mind then wandered to Muhammad Ali who was certainly known as a fighter but was so much more than that in my opinion. Muhammad Ali is attributed with this quote: Service to others is in the rent for your room on earth.  While those aren't fighting words per se, they do provide a powerful punch.

Rather than take a dive, I will leave any additional sparring words of wisdom to more capable contenders.

Roy Kelley - Happy Friday and Happy Weekend to you as well.  I hope it is an enjoyable one in Montgomery County Maryland.  "They" say we might see some rainfall on Monday.

Sheri Sperry - MCNE® - I have previously used this image so the post came and my memory of using it before followed.  It doesn't always work in that order.  Thanks for the kind comment.

Patricia Feager, MBA, CRS, GRI,MRP - I have often shared that I am sometimes stuck in "Grammer's Attic" so words are misused.  Talk about another self-talk discussion.  I digress. . .

Cara Marcelle Mancuso - I am not familiar with that candy.  Clever.  I kinda remember when the biting incident occurred but the details are kinda fuzzy.  Sucker-punched maybe???

I must agree about your Muhammad Ali quote. The man was a linguist champion. Happy Friday Michael

You really had me thinking there for a bit, Michael. Keep it up!

Michael, my father used to say having a conversation with yourself is the best because you are talking to the smartest person:)) now on a side note when did you take the picture of me and not sure I wanted you to post it:)Endre

Really enjoyed reading this as I’m a big admirer of Ali. Although young, I remember his huff and puff before the big Liston fight. Float like a butterfly, sting like a bee.”  But like you, I especially admired the man. “Spirituality is recognizing the divine light that is within us all. It doesn’t belong to one particular religion; it belongs to us all.”

Paul S. Henderson, REALTOR®, CRS - Ali was definitely a champion in his use of words.

Endre Barath, Jr. - I thought you were aware that celebrity-sightings are not restricted and quite common in our area.  🙃

Debb Janes EcoBroker and Bernie Stea JD - I think it was last year when I watched a documentary about him and learned even more.  Whenever information is given about him I seem to grow more impressed of the man.

I always appreciate your comments on my posts.

Have a lovely weekend. We have a sunny morning in Maryland but expect rain later in the day.

Roy Kelley - you're welcome.  I hope you have a nice Saturday and weekend as well.

I beat myself up a lot and I think it's a good idea to sometimes give yourself a little 'break,' Michael.

I love the quotes, especially Muhammad Ali's - that really hits home to something I was dealing with this week.

I hope you're well. We're not seeing many pondering posts lately but, SO appreciate them when you do get to it!

Happy Sunday to you...

Debe Maxwell, CRS - thank you for the comment.  As for pondering, it never stops though the posts may not make from thought to publication.

Well, know we all enjoy them immensely, Michael!

Hope you have a lovely day...

I was looking for another punchline. Pun intended. Happy Sunday Michael 🙂

Michael Jacobs I think I have the best conversations with myself . I find that no one listens or argues better with me than myself.  _ Happy Sunday

Your title drew me in and I found your post pondering very worthy of the alliteration in the title.

Ali's quote is a wonderful one - I have to say it's new to me!

Ali was so fun to watch and had so many great one liners like, "float like a butterfly, sing like a bee, his hands can't hit what his eyes can't see."  I love that he also said, "Service to others is the rent for your room on earth."  And I definitely understand as one who was in mixed martial arts for a number of years, Tyson's proclamation, "everyone has a plan until you get punched in the face."  I have been punched in the face hard enough to buckle my knees.  It does create a focus in you not seldom matched, RUN AWAY and re-group.

All three quotes are similar in nature, focus on what is important, not the superfluous.

Raymond Henson, eXp Realty - while I can't speak from experience of being hit in the face in a fight nor of any mixed martial arts activities, I remember being swatted from time to time.  Some lessons sting in more memorable ways.

I saved both of your quotes. They are so helpful to remember for a range of situations.  Thanks for sharing!

Lise Howe - I like finding quotes - familiar as well as those new-to-me.  Depending on when they are "found" the message I receive might change and that's another interesting aspect of words.  And timing.