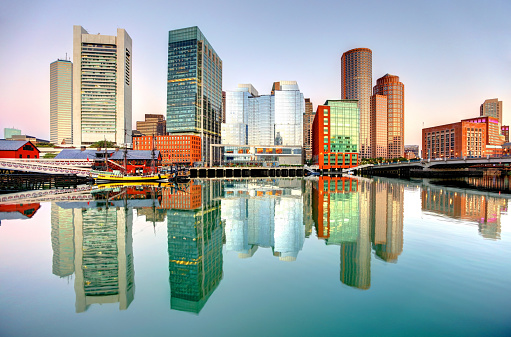 According to Pitchbook’s data, Boston saw a 194.9% increase in total VC capital compared to 2020.  Nationwide the amount of VC funding nearly doubled to $329 billion, up from $166.6B in 2020.  Boston, New York, and San Francisco hold a lion’s share of this total funding, with the 3 metros accounting for over $205B of all venture capital funding in the US.  Miami, New York, Chicago and Denver saw the biggest YOY increases in total capital funding, all of which saw total dollars invested increase by more than 240% year-over-year.

For Boston, this means even more opportunities flowing to the metropolitan area in the form of white collar tech and science jobs.  This comes along with news that Massachusetts actually lost residents for the second year in a row after a decades long span of population growth.  Despite the state’s net loss of residents, Boston continues to grow in population thanks in large part to the amount of new opportunity flowing to the area and steadily increasing enrollment at local universities.

It’s no wonder that so many startups are favoring the Boston metro.  Who wouldn’t want to have their headquarters located close to some of the top educational institutions not just in America but the world.  MIT and Harvard provide these companies with a revolving door of world-class talent coming right out of Boston schools.

This trend shows little signs of slowing down, and it will definitely impact the metro areas demographics and housing markets.  As Boston becomes less blue collar and more white collar, additional demand will be placed on providing state-of-the-art housing options for high income residents.  Look for more development projects to break ground in the metro area offering green living spaces and luxury condos for sale in Boston.

The current shortage of homes for sale in Boston has already sent prices skyrocketing in recent years, and this trend will likely decelerate but continue in 2021.  Rising interest rates will offset some of the record price growth we’ve seen in recent years, but the current shortage of housing is likely to keep prices high in the short term.  Rent prices for Boston apartments will likely surpass their previous all-time highs according to the most recent rental market analysis.  As median income rises across the city, housing costs may continue to inch closer to those of San Francisco and New York.

Thats not surprising Zachary! I feel like every major city in the county is absolutely on fire right now.