The impact of the pandemic has caused a surge in interprovincial migration over the last few years, and some younger Canadians are leaving the dazzling hustle and bustle of popular cities such as Vancouver and Toronto behind.

While large metropolitan areas have been one of the most prominent places for some young individuals, the tides are now changing, as remote work, and a challenging real estate market has left millions rethinking their current places of living.

Throughout 2020 and 2021, some of the most unexpected places have reached new milestones, with Nova Scotia and British Columbia seeing their highest interprovincial migration during the second quarter of 2021.

A review of Statistics Canada revealed that interprovincial migration is largely made up of three main age groups, these being 20-24, 25-29, and 30-34 years.

But with the ongoing uncertainty around the COVID pandemic, and the rising cost of residential property, young people are now reshaping Canadian migration, looking to move to more affordable cities that still offer the quality of living and amenities offered by their larger and more frequented capitals.

Perhaps the more than 1.5 million Canadians who moved back to their parents during the height of the pandemic in 2020 have found more solace, and financial stability in smaller towns and cities, but the ongoing migration trend will perhaps see lesser-known places become an epicenter for thriving young communities.

Here’s a look at some of the most popular and affordable places for young people this year.

The small city of Moncton, with its nearly 90,000 residents according to a 2017 United Nations report has seen a rise in young people from generation Z flocking to the quaint and diversified New Brunswick town.

The reason for its growing young population? Moncton offers an attractive economy, with a selection of generation-specific jobs and careers. While the cost of living is relatively low, older residents who have called Moncton their home for decades have started noticing a change in the residential population.

Moncton has been on the list for offering the best quality of living, and one of the best places to live in Canada. With an open-minded residential population and a strong community-oriented personality, this city ranks high on the most favorable list for 2022.

Dubbed as one of Canada’s next big tech-hubs, Gatineau has continuously ranked as one of the most popular places for young professionals who are currently working, looking to start a career in technology, software, and IT services.

The city boasts ample cultural activities, hiking, and biking trails, and with a generous population of just under 300,000, the city offers the perfect combination of small-town culture and big city living.

According to New Canadian Life, the cost of living is relatively low, with the average salary being roughly C$ 32,000 per year. Public safety, a well-ranked educational system, and an active nightlife has made Gatineau a suitable choice for many young professionals and new families.

As one of the largest and most populated cities in the Newfoundland and Labrador region, St. John’s, with its picturesque scenery, ample natural beauty, and a growing population of millennials and Gen-Zs has made the easterly most city a suitable and affordable choice for many who are either working from home or considering relocating there.

It’s not just affordable housing, low cost of living, and the wide array of nature parks that are attracting new residents each year. The city core offers architectural and history buffs a look back in time, as most of the residential homes and shopping complexes are situated in century-old buildings.

With a thriving arts and culture scene, and job opportunities in the offshore oil and natural gas industry, the city that sits quietly on the Atlantic Shore has topped the list for years as one of the more favorable places to live in the Newfoundlands and Labrador region.

The largely French-speaking city of Sherbrooke is home to not just a handful of prominent universities and high education institutions, such as Université de Sherbrooke and Bishop’s University, among others, the city is also experiencing a rise in new residents migrating here year over year.

The city’s population is shared among various age groups, with 10% thereof being university students. Those who enjoy sports and love the great outdoors will be happy to know that the city spends a great deal of time, and money, maintaining and building new public sports facilities, and parks.

The more than 160,000 residents have a selection of vibrant eateries, bars, and coffee shops, while there’s also a choice of two beaches, three golf courses, and more than 13 hiking trails. Sherbrooke has a year-round culture of events and boasts popular festivals both during the cooler and warmer months to keep locals entertained and engaged.

Located about four hours away from the Greater Toronto Area, Greater Sudbury is fast becoming a hot-spot for young professionals and new families who are looking to relocate to a more affordable, and smaller city in Ontario.

According to data provided by Numbeo.com, consumer living costs, with rent included, are more than 66.29% lower in Sudbury as opposed to Toronto. From grocery prices, rent, eating out, and real estate, Sudbury triumphs when it comes to affordability and a lower cost of living when compared to Toronto.

The Greater Sudbury area has managed to keep unemployment levels relatively low, even with the ongoing lockdowns and restrictions imposed by the regional government. As of 2022, local unemployment figures were closer to 5.7%, with a reported 85,600 people employed out of the potential 90,400 Sudbury workforce.

Career opportunities, affordable living, and popular local destinations to visit rank Sudbury among the most suitable areas for many young people who are now ready to leave Toronto behind.

For some time now, Edmonton, Alberta has been ranked as having the highest average household income in Canada. With lower taxes, cheaper gasoline and diesel prices, and the average monthly cost of living being just under C$ 2,000 (without rent), Edmonton is growing in popularity as the younger workforce is relocating without hesitation.

Located about 220 kilometers from the Rocky Mountains, and the North Saskatchewan River which snakes through the city, Edmonton offers more than just attractive and high-paying job opportunities, as there’s plenty to do and enjoy for people from all generations.

The more than one million inhabitants make Edmonton the largest city on our list. From the oil and gas industry to health, government and education, there’s a wide variety of government service-based jobs that attract younger crowds.

Great parks, biking trails, and a thriving arts and culture scene adds a lot of allure to the city’s personality. There’s a lot to do, see, and enjoy here, and for many of the younger population, Edmonton has continuously been the best place to relocate for quite some time.

While there are dozens of great cities and towns that play a key role in interprovincial migration, boasting attractive career opportunities, public amenities, and recreational activities, these are among the most popular, and widely sought-after places younger people are considering as their new home.

This list is based on various sources, and local statistics, which makes them a prominent choice for any person who’s ready to change their scenery and relocate somewhere different.

Moving from one city to another, one must consider the various factors which can impact the final decision. From affordability, real estate opportunities, jobs, schooling, public health, and a bustling social scene - it’s quite obvious that these cities have grown in popularity, not just for younger generations, but every Canadian or foreigner who’s ready to take the next big step in their life. 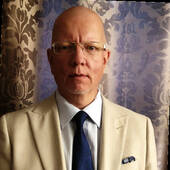