Mold and mildew both are fungi that develop as a result of excessive, unchecked moisture in confined spaces. They grow in a wide range of temperatures, with some strains especially thriving at higher temperatures. Both of these types of fungi can eventually damage the home or cause health concerns. Mildew is always flat. Mold can often look fuzzy or have an almost raised appearance, but mildew does not. Mildew may smell musty, but mold may be much more pungent. In its early stages, mildew appears almost white. It then often shifts to gray or brown. In its final stages, mildew can appear powdery. In comparison, mold presents in darker shades. It can be dark red, forest green or even inky black. Unlike mold, mildew doesn’t penetrate surfaces and grow into the materials it lands on (though it can still cause cosmetic damage). Instead, it grows on top of flat surfaces and often collects in places like the grout between your bathroom tiles. While mildew is unsightly and should be removed as soon as you notice it, it’s generally much easier to spot and get rid of than mold. Because mildew sits on top of the surfaces it grows on, all you generally need to remove it is a good household cleaner and a scrub brush.

While Mildew is not as dangerous to your health as certain types of toxic mold (Stachybotrys, for example), nor is it as damaging to your home, mildew should still be taken seriously and it’s important to remove it as quickly as possible in order to prevent adverse health effects and/or cosmetic damage to your home. Mildew, on the other hand, has flat growth that remains on the surface where it can be easily removed. While mold usually grows on food or inside permanent structures, such as walls and crawl spaces, mildew is to be found on damp surfaces, paper, fabrics, and various organic materials in your home.

Mildew often first appears as a small dot. From there, it grows outward, but it remains on the surface of the wall or material at hand. Mold, on the other hand, can quickly grow inward, eating into the wall or surface and damaging your home. It can also grow upward, moving up the wall and to the ceiling. For more information relative to Mold and or Mildew contamination visit us at: www.indoormicrobialspecialist.com or www.homeinspectorusa.biz 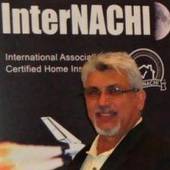