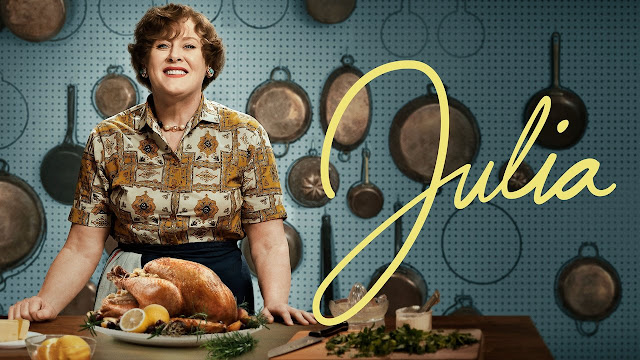 A few weeks ago I saw the trailer of Julia on HBO. I knew in an instant it would be must see tv for me. I binged the first two episodes and have been seen all four as of now.

I was a Publix on Friday afternoon. I was waiting for the bagger to load groceries. The clerk asked "What are your plans this afternoon? " I played along. I said I would probably watch something on Netflix. He said something and then I asked "Do you have HBO?"and suggested he watch Julia. He had a puzzled look on his face. I said Julia Child. He still did not get it. Of course he didn't. He is too young to get anything before the iPhone.

Julia Child introduced French cooking to American television audiences in the1960s and offered us a classy alternative to diners, drive-ins, and dives 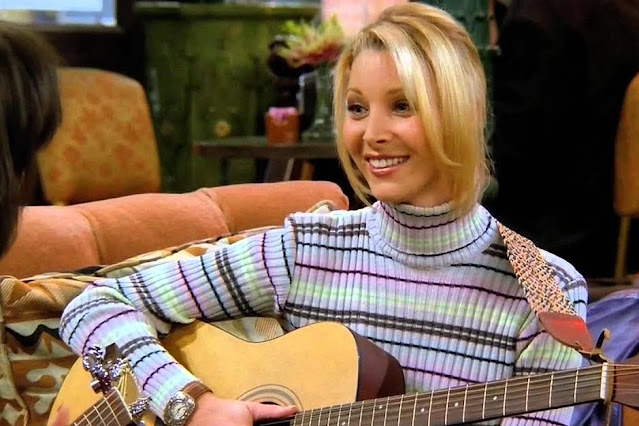 A few months ago I had dinner at Prime Steakhouse. The server was a beautiful girl with flowing blonde hair. She was so sweet - I told her she reminded me of Phoebe. She, too, had a puzzled look on her face. I said Phoebe from Friends. I was binge watching Friends at the time. That show ran from 1994 to 2004. My server was in her twenties. Of course she didn't know Phoebe or Friends.

I wish I had HBO - I'd watch Julia! Maybe I should get a trial or something for a short period of time.

I know both those names, but most younger people probably wouldn't. Time marches on and new things become popular...

Good morning Gary. They say timing is everything. You put forth a couple of good examples. Enjoy your day.

I recognize the names, and with Julia the bottle of wine had to be close as well. Phoebe and her twin Ursala both played by Lisa Kudrow, and thanks for the tip on Stremio.com

Hi Gary- I'm going to watch it since I do have HBO/Max, I loved watching Julia Child and remember when we moved to FL. and saw her preparing a Maine Lobster. That day we went out and bought lobsters and prepared them.  I've been known binge-watch Frasier.

Hi Kathy, I went to the Food and Wine Festival in Aspen in 1998 and 1999. Julia was there, holding court. So was Bobby Fay and Emeril Lagasee. I took champagne drinking lessons on a Saturday morning -  Dom Pérignon none the less. We stayed at the Little Nell. And we had a fabulous two days.

Gary- you hit a trifecta for celebrity chefs!!!  What a treat that was. I enjoy the cooking shows especially Ina Garten and believe it or not I love Diners, Drive-ins and Dives.