Despite being one of the most prominent users of the platform himself, Elon Musk has repeatedly voiced his discontent with the platform’s handling of controversial posts, its algorithm and its practice of banning repeat offenders from the platform. In short, Musk appears to believe that Twitter doesn’t “adhere to the principles of free speech” and thus “fundamentally undermines democracy.”

And while few people have the power and financial means to make their voices heard, be it by tweeting to 80 million followers or by becoming the largest shareholder of the company that owns the platform, Musk is not alone in his view that not all is well in the Twitterverse. According to a survey conducted by the Pew Research Center in May 2021, U.S. Twitter users see a lot of major problems on the platform, with inaccurate and misleading information the most pressing one.

But while there’s bipartisan agreement that misinformation, harassment and the tone of discussions on Twitter are major problems the platform faces, there’s a stark divide on the issues brought up by Elon Musk. While only 17 percent of Democrat users see Twitter limiting the visibility of certain posts as a major problem, 59 percent of Republican users do. The partisan gap is even wider with respect to Twitter banning users from the platform, a practice that only 6 percent of Democrat users find problematic versus 61 percent of Republican users.

The fact of the matter is that the lines between free speech and hate speech are often blurred, forcing social media companies to walk a tightrope between adequately policing problematic content and unjustly censoring it. 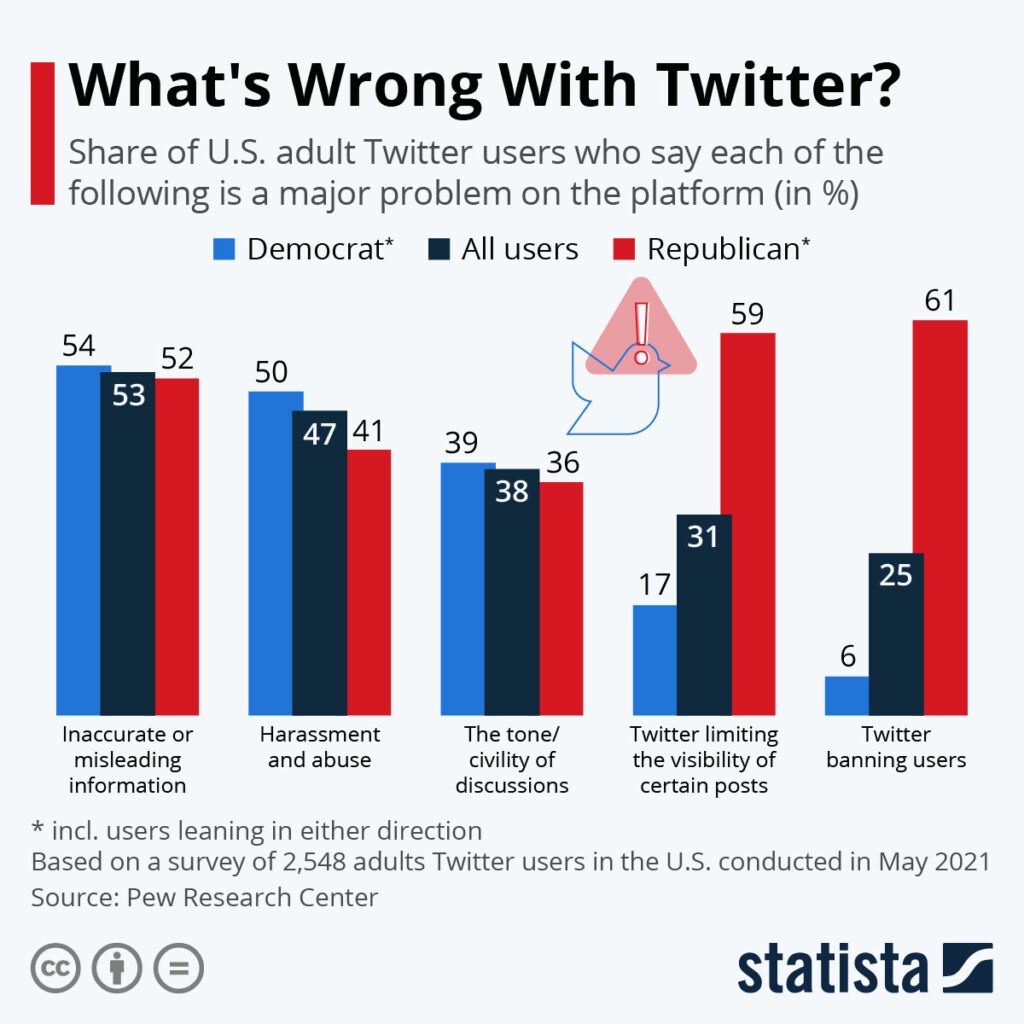