In 2009 I started Texas Pride Realty.  I knew that as an openly-gay man in North Texas, it would be hard to work in the suburban area.  Most LGBT folk lived in the 75219 area of Oak Lawn, or so people thought.  The reality was that LGBT folks lived all over the city but were unrecognized and under served.

In the first few years, we struggled finding our footing.  We grew to into a small team of 5 agents and have modest returns year after year.  We had resistance from other REALTORS and fellow brokerages.  But we had steady and appreciative client base.  We targeted the community and often got calls from people moving from either coast wanting to know what it would be like living in Texas.  Would it be safe?  Does everyone here really carry a gun? Well my child be harassed in school? We became ambassadors for our city and gave them the honest assessment of where they were moving.

Sometimes we struggled to get other LGBT agents to work with us, since they didn't want to be isolated in the industry, or because the idea of a diversity brand in a red state was just too big of a stretch.  We've had to fight with our local and state associations about how their policies damage LGBTQ agents and citizens.  But we have made quite an impact on our market and our industry just by being here.

In April 2015, I attended a Tom Ferry event called BluePrint.  It changed everything.  We've doubled the company three times.  I stopped worrying so much about my place in the Association of Realtors.  They weren't interested in change.  But I could make change at the agent and client level, and that would eventually build.

We're now a team of 24 agents, 3 support staff, and we're still growing.  Our 2021 numbers topped $47M in sales and put us in the top 5% of the NTREIS MLS.  We hire agents who are not comfortable at other brokerages who only hire people who look like themselves.  We have agents who have been walked out of other brokerages because they had tattoos or mermaid hair or saucy social media posts.

We're different.  We want real people who have real lives to sell real people houses.  When we recruit agents, our business manager opens his talk by reading Article 10 of the Code of Ethics.  We want everyone in the room to clearly hear what we're for and who we're looking to hire.  We're not a puppy mill brokerage. We only want people who fit our culture of diversity, inclusion, collaboration, and education.  Coaching have given us direction, confidence, and a roadmap for growth.  Diversity has brought us a loyal following and sphere.  Social activism has gotten us known for standing up for justice and equity.  And our professionalism has helped us stand well above the rest.   I can't wait to see how the next 12 years turns out.

Groups:
ETHICS and the REALTOR

Again, if you’re being yourself, that truest form of you that ca come across

Thank you!!!  I appreciate you!

Bob, thanks for sharing. You have a lot to be proud of!!! Keep going!!!

Diversity has brought us a loyal following and sphere.  Social activism has gotten us known for standing up for justice and equity.  And our professionalism has helped us stand well above the rest.

Thank you so much.

It sounds like you are doing an awesome job with your brokerage.    I hope that your client base does not truly feel like they need to "evacuate" Texas.

Last summer, I worked with a lot of gay men in the cosmetics section of  Dillards in Corpus Christi, TX.  While I didn't  go out and party with them after work, being an older person that likes to sleep at night, they seemed content overall.

But, you said things have changed.   Should any of my friends/acquaintances decide to move to your area, I will certainly refer you. 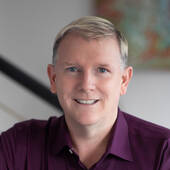