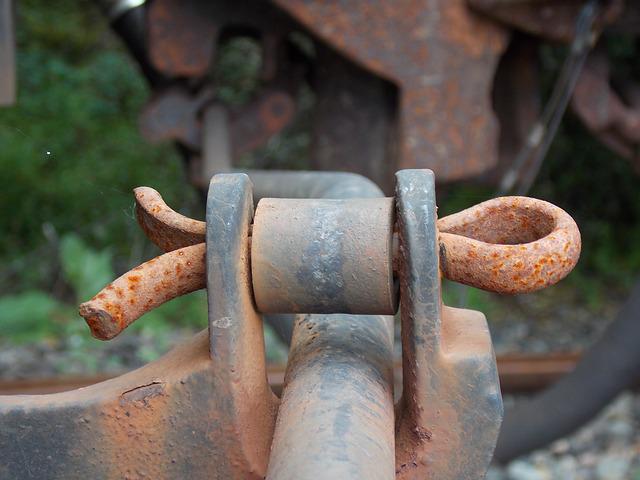 When you have as many furry critters in our house as we do, baby gates are a key tool for keeping the dogs where they belong in the house and giving the cats the ability to quickly clear dog territory and hop into rooms reserved for them.

We have a preferred brand of baby gate that works well and isn't as complex as some of those we encounter when showing homes.  But like all things mechanical tend to do given enough time, one of our baby gates broke.  And as luck would have it, the manufacturer appears to have gone kaput so it was either transition to a new style or figure out how to fix the broken baby gate.

One of the perks of being an engineer who has spent decades troubleshooting medical devices is I've learned a few things about a few things, and on occasion those few things come in handy.

A look at the plastic part that had failed made it apparent that super glue wasn't going to fix this problem (and no, duct tape wasn't the answer either!).  The part would just fail again thanks to minimal surface area at the fracture point.  So what else could be done? After some examination I determined an alternate way to restore the latch to function.  Drill a small hole in one of the components and drop a cotter pin into the hole.  The head of the cotter pin acted as a mechanical stop and function was restored.  All told probably a half hour spent figuring things out and putting a fix into place.

Now flash forward a few weeks and baby gate #2 failed in exactly the same way.  But this time I already knew the solution, so about five minutes later the baby gate was fixed just as the first one had been.

Real estate and blogging are much the same.

There is a lot of learning involved, and when we apply our experiences, the 2nd time gets easier, and the 3rd time easier still.

For instance,  I don't have to spend half an hour looking for a just right photo for a blog when my go to site (Pixabay) probably has something in the first page or two I can use.

Example 2, I don't have to keep developing relationships with different builder reps because Cindy is my go to for Builder D, Heather for Builder F and Karen for Builder M.  Having those relationships established gets me quicker service and a bit more flexibility, and sometimes some early word on planned patio home communities.

Learning what works for our business and what doesn't is much the same.  I know blogging about certain things works, and blogging certain other topics doesn't work (for us, maybe for you an entirely different story).

Figuring out your best attributes and putting your experience to work is key to finding your best path to success.

At this point in my life and career, I know where to drill the hole for the cotter pin.

Until next Tuesday, just Ask An Ambassador if you need help!

Groups:
Ask An Ambassador
Bananatude
Bartender, Make it a Double

Good morning Bill. Had my interest when you eliminated "duct tape" as a solution. And, the "cotter pin" has saved me many a time. Enjoy your day.

I had to fix an ottoman a while back (the roller had broken off the frame) and had bought a miscellaneous selection of cotter pins.  Didn't expect to need them again so soon, but had just the size I needed!

Thank you very much, Bill, for sharing this story and your advice.

You'll probably see them in a lot of places now that you know what they are.

Hello Bill (and Liz too) - sometimes details are learned while reading between the lines.

I like puzzles, and broken things are just another type of puzzle.  How does this work?  Is there a way to get the same function in a different way?

Frankly looking at the failure mode for these baby gates, someone's design was either inadequate or intentionally built in some planned obsolescence.

Liz and Bill Spear  Isn't that the truth experience makes the difference - You just have to keep on keeping on .  Or as some say if at first you don't succeed try try again

We learn, we adapt.

I like the analogy, and very true, as you become more experienced things become easier, but it doesn't mean that because they were dealt with quickly that a sloppy job was done. many of our clients forget that they are paying for our experience as much as anything else.

Nick, there are a few stories out there about how quickly an expert does the job and customers being alarmed at the charge.  But all you did was put a chalk mark down!  But it's knowing WHERE to put the chalk mark that you pay me for!

I agree - the more you learn, the easier it is to solve problems.

Less and less new to see, so easier to apply past learnings to "new" issues.

Love this post Bill!!!  Your plan to fix the baby gate is so what Gary would have done!  There is always a-work-around for engineers!, he says!!  I could see the analogy coming and OMG this is the best one yet!  It so fits our business (and other businesses) for how experience can and does makes a huge difference in solving an issue in a quick, easy and timely manner with no drama involved!  Bravo!

Work-arounds-R-Us!  I've spent a decade of figuring out how to outmaneuver the raincoated Chihuahua here in the Rain, so what's a little baby gate issue?? :)

Experience, knowledge and the right "tool" often result in success. in life and in our business.

And I keep adding to my tool kit each year!

Interesting analogy and great job with the baby gates! And yes, things do take some time to figure out the first time, but after that it's definitely easier. Enjoy your week!

Searching for replacements and we realized the brand had gone away, but a different brand offered identical (but was totally out of stock).  Perhaps there's a huge shipment of them sitting on a ship from China?  Either way, both gates are back to function.

Erik Hiss
Keller Williams Capital Partners Realty - Worthington, OH
You can trust me for all your real estate needs!

Coming from another engineer I can relate to the cotter pin analogy as I fix things like that all the time! And yes real estate the same in many ways! Blogging too :)

Kind of funny, hadn't really needed a cotter pin in years, but bought an assorted sizes pack the other day for a different issue, and now twice in a month have needed them!

2nd Cotter pin ... my first was thinking about Welcome Back Cotter!  Wrong pin (person in name) ... however I loved your analogy ... Great post! Thank you.

And a VERY young John Travolta!

As Billy Beane stated while having an argument with his head of scouting, he delivers the line, “Adapt or Die!”

Excellent post!  No doubt your skillset has come in handy many times in your real estate career, much less home maintenance.  Good for you!  I wish that I could definitively use one contact per builder.  After a time, builders start swapping agents from one community to the next in our 500 square mile area!  But the telephone is always the best tool for change anyway.  Driving an hour to check on a new-build without calling is a fools errand!

Jan, Fortunately most of the builders here allow their reps to cross sell communities, so I can work closely with one rep (until they retire or switch builders).

I have a box of assorted cotter pins and back-up washers as well.  It holds true for real estate as you state.  Know how to get something done and the next few times are easy

I've got quite a few little odds and ends in my toolboxes.  Sometimes I've got everything I need, and other times I'm glad Lowe's is just one exit down from our home!

I'm trying to convince my business partner that blogging gets easier.  I remember the feeling of being overwhelmed when I started.

I know it got much easier for me over time.  Working up series of posts (e.g. pick all the major subdivisions you want to work) helped provide us more calls from potential clients.

What a great analogy, Bill.  Awesome that your technical skill was able to translate into something seemingly less technical (I should've called you when recently trying to fix an athletic watch strap --- I ended up the super glue and electric tape route, but I think my "fix" is likely to fail soon!  But alas, I call you too much for my blog challenges as it is!).  Looking back at early blogs, it's so true that what used to take an hour now takes 5 minutes, but only through the process of learning.

Experience does matter!
For your watch, maybe some heat shrink type wrap would do the trick?

REALTORS(R). Serving Warren County Ohio and adjacent areas from Cincinnati to south Dayton. Observing and reporting on real estate and related topics to help your quality of life! And if you're asking where is Warren County Ohio? We fill the space between Cincinnati and Dayton. Perfect for enjoying the bigger cities without living in them. Places like Mason, Lebanon, Springboro, Waynesville, Franklin and more. Plus lots of rural properties available too. We work with both residential home buyers and sellers and have extensive knowledge of low maintenance living options (patio homes, condos, etc.).