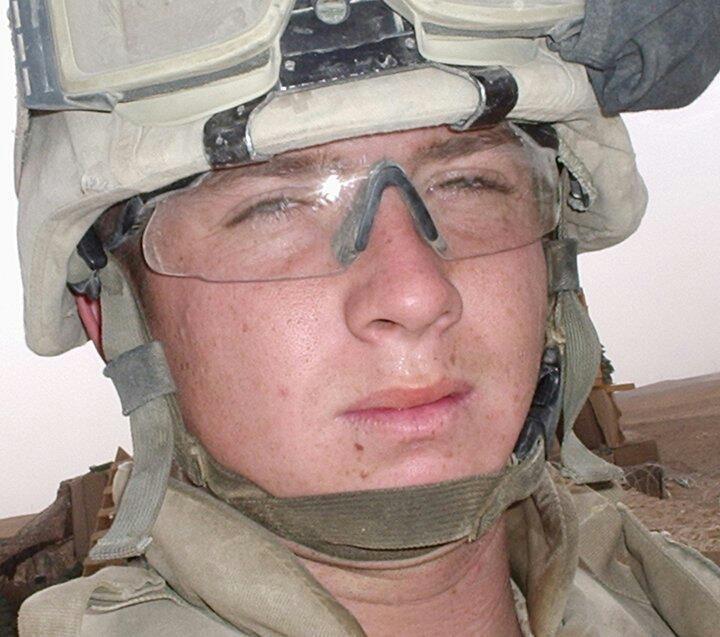 I remember it well. My world was crashing as my wife had left and filed for divorce. I really felt alone. Almost like an outcast. But my friends Ron and Lisa were always there for me. They even had me over to there home and spend time with their family.

That’s where I met Jeromy. He was a great kid. Seeing the world through eyes that could still see the best in everything. Maybe that’s why he decided to serve our country. Because he saw the best in what our country can be.

Jeromy paid the ultimate price for our freedom in 2006. I will never get the chance to see his smile again. Nobody will. But his light still shines through his parents, Ron and Lisa. They remind people about the price our sons and daughters have paid for us.

So, in Sunday’s NASCAR race, the Coca Cola 600, Christopher Bell will be driving the #20 Toyota Camry in the race. That Camry will have Jeromy’s name on the windshield.

In fact, all the NASCAR drivers will have the name of a soldier on their car that paid the ultimate price. So, yes, enjoy the race. Just remember the price that has been paid for us to do so is immeasurable.

Hello Rocky, I think Nascar does a good job of honoring  service people that lost there life by having there name on a car.  I will be watching for the 20 car.

I never knew that Nascar did that and I think its a wonderful tribute! #20 is a special car for you and I'm sure many others..thanks for sharing.

Hi Rocky- that is a lovely way for us all to remember someone so young who paid the price for us...something we must never forget. I know that we'll be watching the race so I'll be looking for his car.

I will be pulling for his car tomorrow. Thank you for the great information in your blog today to share with us here on the Rain.  Make it a great day and enjoy your long Holiday weekend! bill Rocky that is an excellent way for NASCAR to pay tribute to the fallen men and women who have lost their life serving our country.   The freedom we enjoy comes at a very high price.  May we never take it for granted.

I didn't know Nascar did that, and I think it's a great idea to get people to remember. Thank you for sharing. And I'm sure you will be one of the loudest cheerers!

Wow, that is a very cool tribute and I hope that car will win for your friend.

Rocky, that is a great tribute to your friend, and hope this car wins the race!

Hi Rocky,  I just got goose bumps.  I didn't know they did that.  What a lovely tribute to your friend.  He sounds like he was a great guy.