Along I-25 south of Denver from Belleview Avenue to Lincoln Avenue in the area known as the Denver Tech Center, higher density, transit-oriented development has taken place over the past several years. Pushing this development was "T-Rex", the $1.67 billion transportation expansion project whose goal was to "transform the way people in the Denver metro area commute within the area of the I-25 and I-225 intersection". This area was, at the time, estimated to be the 14th busiest intersection in the entire United States.

By many measures, the T-Rex project was successful. The interstates widen to seven lanes in many spots, and 40 miles of light-rail track were laid. The T-Rex project finished 3.2% under its $1.67B budget and 22 months ahead of schedule in 2006.

There are several mixed-use "mini-cities" or "villages" now popping up in this corridor within a half-mile walking distance of the light-rail stations. They combine several uses on one site in a coordinated way, and retail, office and residential developments are usually a part of it.

The magazine Colorado Biz reported that during his promotion to urge voters to pass the 2004 FasTracks Initiative, Denver Mayor John Hickenlooper urged voters to envision the region transformed into a network of "villages" connected by mass transit, with each village having places to live, work, shop and play. Walking would be a key activity and strolling to a coffee shop, corner store or hopping the train to get to work would be the way of life.

One of the most successful mixed use neighborhoods the City-Center Englewood, built between 2000 and 2002 on 55 acres that had previously been the Cinderalla City shopping mall.  This is truly a TOD - transit-oriented development, the term for mixed-use developments with a transit anchor.

The Belmar area in Lakewood, CO, a five million square foot mixed use, new urban center for this Denver suburb, was one of the first mixed-use developments in the Denver area. Though it is not currently connected with light rail, the area successfully mixes retail, offices, residential and entertainment venues. Getting around without having to jump in the car is key to the lifestyle in this area. 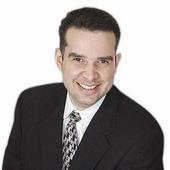