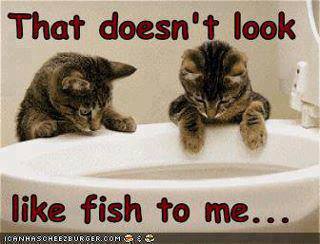 MR Crappy suggested I hang it up this afternoon and call it a day. And that's what I'm going to do after I write this crappy post!

2 weeks ago I called our family doc to make a tela doc appointment for an injury solution.  The gals tells me they're overhauling their system and they have no record of me.  What?  After 15 years you'd think they'd have records.  Apparently they were very 'old school' and had ALL paper files. It always seemed odd to me but now even more so. She said, we are having all files being scanned in and it will take upwards of a year to complete all patients.  And then she goes on to say it would take 30 days to get my records back to the office. How crazy is this.  Never heard of such a thing. I was speechless.  Seriously?  Needless to say I didn't want to play this game.

The very next day I received a text from our family dentist that the practice will be closing in 5 days.  What?  What the  hell is in the water is what I was thinking after the first doctor issue.  It also said if you want to be alerted as to where they'll be relocating let us know.  So I did as he is an awesome dentist, best we've ever had.  I get another text, the very next day saying they won't be reopening. Needless to say we were both concerned as perhaps something happened to the Dentist.  We left a message and never heard back.  We're praying that all is ok. And it's beyond strange to us.

2 days after the dentist issue we stopped at Walgreen's to pick up a prescription. We went through the drive through at 3:00pm. The window was totally closed and shuttered, a sign stated the pharmacy was closed - with no explanation as to why. In the middle of the day?  Seriously? The following Tuesday I get a text from them saying - pick up your prescription within 5 days or we're sending it back.  Really?  So I went there once again and noticed the drive through is closed.  I decided to walk in the store and ask why?  She says it's closed for lunch 1:30 to 2:00.  Ok, so I mentioned what happened and that this was my 2nd attempt to pick up the prescription.  She didn't really care and said - come back later.

Hmmm?  So I did my other errands and  stopped  back there, once again.  OMG there were 5 or 6 cars in front of me.  I decided to wait in my air conditioned car.  Then more cars line up behind me ( a bunch).  I've never, in 25 years, seen this happen at this local pharmacy.  It's NUTS!  I finally get to the window and get the heck out of there (not saying a word about how crazy it's been).  I get home and notice it's all wrong!  The prescription was supposed to be for a whole year but It was for 30 days only. (which in the past is always 90 days). Crap I'm not going back there every 30 days and then I noticed - NO REFILLS.  Ok crap.  I then I call the doctor's office and she says- I'll take care of it, no worries.  She did right away!  But wait, there's more.  I just got a text from the pharmacy and it said we received your prescription but it's too early to fill.  What a joke! Tags:
mr crappy says enough
what is happening
crazy town
enough is enough
next
time for a new doc and dentist and pharmacy

Hi Grant Schneider I know it is!  It makes me laugh how wacky things have gotten and somehow people are accepting of this lack luster attitude!  Let's hope we see a HUGE shift in energy in this country and get things moving in a positive direction once again.

OMG Dorie Dillard Austin TX this is what I'm talking about.  How nuts is that for your daughter and her daughter.  Glad she said - no - and found a new place to get them.  I'm going to do exactly that on Monday.   And BTW a little follow up.  I got yet another text yesterday from Walgreens stating - it's too early to refill your prescription. Duh?  I just picked one up folks!!  The stupidity continues on.....🤣

Hi Dr. Paula McDonald no need to feel sorry!  I wear my big girl pants everyday LOL!!  And I so agree - we need to get our country back.  The craziness has gone over the cliff this past few years.....

Hi Sheri Sperry - MCNE® honestly it's no real pain, per se, more like a Michael Jacobs 'pondering' moment!  I kind of shrugged off the first few things.....with a whatever and shifted to something better.  But it just keeps happening - and it did again yesterday! Sorry about  your NP.....I know that one well too.  And honestly they're in a tough business with very high stress.   You and Rick have a wonderful Sunday!  And BTW I might be driving up to Sedona with Carol towards the end of June....love to meet for lunch.

That is the most hilarious meme I've seen all day, Anna.  I hope you have had an enjoyable weekend.

Glad it made you laugh Myrl Jeffcoat !  I'm still laughing over all the totally things gone wrong BS!!

Thanks, Anna, for sharing some of your stories.

What a crap-filled week. Hopefully you got your share for the year all at one time, so there won't be more for a good long time.

Hi Roy Kelley LOL well I have my own personal sommelier and he makes sure our wine cellar is stocked!!   Good one!  And you'll laugh, I picked up a new ' big FUN house flag' in honor of a friend that will visiting us - it says - It's 5:00 Somewhere!  I'll post a photo of it some time!

Hi Marte Cliff you just can't make this stuff up!  And I have this feeling a lot of this is going on everywhere.  Have a GREAT week!

Hi Ricardo Mello thanks for stopping by and reading my crappy post!

It's pretty sad that customer service is so very lacking and some people simply do not care, Anna! It is after 5:00 somewhere...! This is inside the Silo... Hi Wanda Kubat-Nerdin - Wanda Can! I have a new story that will be uplifting to all....to follow soon!  And wait till you see the new 'house flag' I have.....perfect.  Will you be on the zoom call tomorrow?

Am planning on it, see you soon Anna!

Anna Banana Kruchten CRS, Phoenix Broker I've seen some things like this. I hear there is still a shortage of people and supplies. My pharmacist has had trouble getting my prescriptions. They've changed them and then I have to get them to change them back. We make reservations at about any restaurant we go to even for lunch. If you don't you might not get it. Not because there are no seats but there aren't enough people to wait on the tables. Menu items are not available because they can't source the ingredients (this happened with my favorite crab cakes).

Hi Carla Freund yup it's going around and everyone is experiencing shortages of many things - especially good people to work.  I fully expect it's going to get worse this next six to 12 months and it will not be a fun ride for many.  On a more positive note we did have an outstanding experience at one of our favorite restaurants yesterday - oh which is a complete turn around from about 2 or more months ago.  Will write about it at some point.

Hi again Carla Freund oddly it is feeling a bit like that.  Parking lots were not very full yesterday....nor was the line to get gas at Costco.  Seemed very odd.  Our inventory keeps on going up every day which is a good thing for all concerned.

It is starting to feel like it did at the beginning of the pandemic. People are staying home for another reason - gas prices. And I think some buyers are taking a wait and see approach when they could buy now before everyone comes out of the interest rate haze they're in.

keep smiling, it will all go away tomorrow

Hi Peter Mohylsky. BRIX REALTY me not smile - not possible!!

Sometimes the crap just overflows, doesn't it.  That's what led me to my last Facebook post that you commented on, "Let's all do our part to provide exceptional service and professional results should it be in our power to do so (In other words, within our jobs - let's do good work!!)" I'm sooooo tired of sub par, don't care, and/or automation overload.

Hi Cara Marcelle Mancuso of course your FB post stood out to me!  It amazes me this past year or so how service seems to have taken a back seat in some places.  On the positive side one of our favorite restaurants continues to shine above all others when it comes to excellent service and great food.  Next time you're in town let's go there!

OH the MADNESS, the lunacy, Anna! I'm sure by now you've found a new pharmacy, dentist & doctor and hope they are all leaps & bounds better than those you left behind. I'm still shaking my head!

It was a crazy week at that point Debe Maxwell, CRS !  And yes things worked out well for me!  Just had a doctor's appointment today and it went exceedingly well.  Still need to find a new dentist but we've got time.