NEW YORK (CNNMoney.com) -- Sales of existing homes rose slightly more than expected in May as home buyers responded to plummeting home prices, according to an industry trade group.

The National Association of Realtors (NAR) said Thursday that the number of existing homes sold during May rose 2% to a seasonally adjusted annual rate of 4.99 million units in May from a level of 4.89 million in April.

But sales remain 16% below the 5.93 million-unit pace in May 2007, the report showed. And Thursday's report marks only the second time in 10 months that sales have increased.

Analysts were expecting the sales rate to increase to 4.95 million last month, according to a consensus of analysts' estimates gathered by Briefing.com.

"Home buyers are starting to get off the fence and into the market, drawn by drops in home prices in many areas and armed with greater access to affordable mortgages," said NAR President Richard Gaylord, a broker with RE/MAX Real Estate Specialists, in a statement.

Total housing inventory at the end of May fell 1.4% to 4.49 million existing homes available for sale, indicating a 10.8-month supply at the current sales pace. That's down from a 11.2-month supply in April, according to the report.

The large supply of homes on the market favors buyers, but it should take several more months to draw the inventory down, said Lawrence Yun, NAR chief economist.

"Stabilization in home prices can only occur with buyers returning to the market, so we are encouraged by rising home sales, particularly in distressed markets," Yun said.

The housing market remains mixed around the country. But the report showed that highly overbuilt markets - including Sacramento, the San Fernando Valley and Monterey County in California, Sarasota, Fla. and Battle Creek, Mich. - all experienced sales increases versus last year.

However, it's important to note that Thursday's report lags the interest rate cycle and is "old news" to some extent, according to Bob Brusca, chief economist at FAO Economics.

Interest rates have risen since the existing home sales number was calculated, Brusca said. That means the current market could be less favorable for homebuyers.

"People selling their own home usually live in the home until they sell it, so they're probably very motivated sellers, since they could be paying two mortgages," Brusca said.

Conversely, homebuilders are "authentic sellers" and the new home sales report gives a "better view of what the market is like," he said.

On Wednesday, the Census Bureau said that May sales of new single-family homes fell 2.5% to a seasonally adjusted annual rate of 512,000 from April's revised reading of 525,000.

"The message is that the housing market is probably still weakening," Brusca said.

Tom, Welcome to our Buffini Group Blog!!  Excellent article, don't know why is was X'd, but, I would star it.  You need to know your numbers, no matter where you are!  Dennis Volz, gave a good recap of the San Diego Turning Point, with lots of Buff's tips!!  Be sure to check it out!

Believe it or not, I rode the train in Philadelphia for my return transportation to the airport. It was awesome.  Really love Philly! 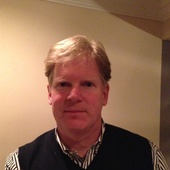