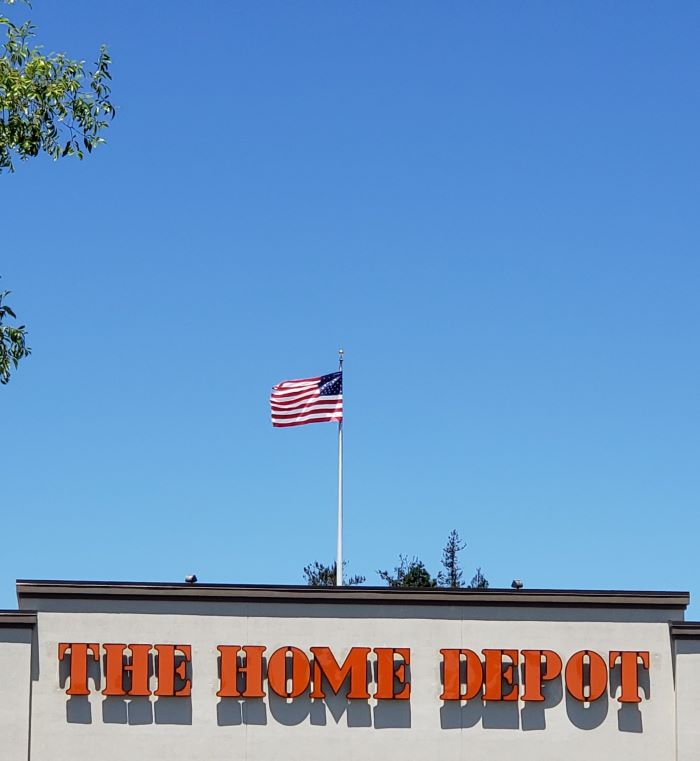 Finding flags was truly the real challenge for the ActiveRain June Challenge. We do not notice what we are not focused on. Hats off to The Home Depot for proudly flying Old Glory while the masses of other stores and businesses do not.

The Continental Congress voted in favor of independence on July 2, 1776. Delegates from 13 colonies adopted the Declaration of Independence drafted by Thomas Jefferson on July 4, 1776.

From that day forward to the present day, American Independence is celebrated on July 4th.  Celebrations range from parades, concerts, and barbecues in the park and at home with family and friends.

Most cities and towns across America sponsor fireworks displays. Although illegal in my city and many others across America, people set off their own explosions in celebration of the day!

I stood in the hot sun for 10 minutes waiting for some wind to cause the flags in the photo below to "fly".  These flags are proudly displayed in front of my local post office.  The wind finally blew just enough to expand the flag to show POW-MIA which is what I wanted to capture in the photo. Did you know that both Thomas Jefferson and John Adams died on July 4, 1826, which was the 50th anniversary of the adoption of the Declaration of Independence? Source:

Good morning, Kathleen... I did know that Jefferson and Adams both died on July 4th. Amazing the pieces of "trivia" we have in our heads. I agree, it hasn't been easy finding flags around Charlotte, either. I don't know that I've seen a flag on any Home Depots or Lowes Stores here in Charlotte to-date.

Hello Miss Nina Hollander, Broker - oh yes, we hold a lot of trivia in our heads.

So sad that so few people and businesses fly our American Flag. I caught the flag above Home Depot out of the corner of my eye. I turned my car around and drove into the parking lot to take the photo.

I didn't know about Jefferson, and Adams died on July 4th. I do now, thanks to you.

You're right about not noticing what we do not focus on. Now, I see flags everywhere I drive in town and around my neighborhood. When I see one, I think about the person who put up the flag and how they must feel doing that. I doubt anyone flying an American flag is a "hater" of this country! And that is a good feeling.

I appreciate your post's song lyrics of God Bless America as a finishing touch. I'm singing out loud as I type this comment. Good thing my little singing dog is still playing outside. I never know if my furry friend howl because he likes my singing or cries in pain because of my broken English with a funny accent my voice!!

Hello Aura Alex - I can hear your dog singing along with you ... that is funny.

I agree, haters do not fly our beautiful flag.

Excellent post! I learned something new today, I did not know that Jefferson and Adams both died on July 4th. That is amazing! One of the things this June Challenge is to be aware of who and what businesses are flying our flags! Our Home depot does too and I told them I appreciate them doing so. They were surprised but glad I noticed.

Love reading a post and learning something new. Thank you for sharing the information. Have a wonderful day and sell a house.  bill

Thank you for stopping by Bill!

Enjoy this blessed and beautiful day!

Thanks for sharing Kathleen!

The Continental Congress voted in favor of independence on July 2, 1776. Delegates from 13 colonies adopted the Declaration of Independence drafted by Thomas Jefferson on July 4, 1776.

Good afternoon Kathleen. Knew about Jefferson and Adams from somewhere in my past. Finding flags has become harder as our country splinters in a million directions. That said, took a photo of a flag today that I will be posting about soon Enjoy your day.

Thank you for this 4th of July post Kathleen Daniels, Probate & Trust Specialist

I was most happy to see that only the POW/MIA was flown on the same halyard as the American Flag.

Good point - given this was at the Post Office I am happy that it was the only other flag as well, Doug Dawes

Kathleen I just became a bigger fan of Home Dept, and they will get more of my business.

One of my local Home Depot stores burned down. A client of mine works there. She was on vacation when the fire broke out. I was in the store at 8 am the day of the fire. 7-8 hours later it was burning to the ground. Very sad George Souto - Good news for my client, she was placed at another store about 5 miles away.

Kathleen- I still get goose bumps when I hear "God Bless America"  I am lucky to be here in Texas because Old Glory is flying everywhere...businesses and residential. In fact today I noticed one more flag up on our street. I'm awful with history but I did remember that Thomas Jefferson and John Adams (friendly rivals) died on the same day.

I did not remember a lot of the "history" either Kathy Streib - it was fun relearning a lot of it.  We need more pride in America and more flags proudly flying!

Kathleen Daniels, Probate & Trust Specialist - Although I knew Thomas Jefferson passed away on July 4th, I did not know John Adams met the same fate on the same date. Isn't that ironic and sad? It must have been just as alarming as what happened to people alive who remember how the news shook up the world when they learned what happened to JFK on 11/22/1963 in Dallas. I still shutter to think about it when I drive by the grassy knoll. Even though I didn't live in TX at the time, I still relive it driving through Dallas.

I liked your entry very much. It was very educational and took me down memory lane.

Kathleen Daniels, Probate & Trust Specialist - What I especially liked about this challenge is that it was about history, our American Flag, and our location. Mark Don McInnes, Sandpoint-Idaho and Endre Barath, Jr. decision to run with this challenge was brilliant!

I agree, it "was like taking history classes all over again." What I loved most is that those who participated in the challenge were united and put forth a lot of effort to be creative in their own right. Plus, you are right, tragic memories about JFK, MLK, and Bobby were surreal and like 911, forever "etched in our brains." So many soldiers went off to war and a vast majority went beyond the normal terms for service duty. We really do owe them all a debt of gratitude.

Thank you Patricia Feager, MBA, CRS, GRI,MRP - this challenge was like taking history classes all over again. I remember as a child hearing the news of JFKs assassination and watching it on TV in our living room. Those kinds of memories (911 too) are etched in our brains.

I always enjoy seeing the flag flying proudly.  I so wish the politicians would respect what the flag is supposed to stand for though.

You are singing to my choir Brian England - they only care about the opportunity for their own personal gain and misuse their power as they continue to enrich their selves - don't care about "we the people".

I think most of the LARGE flags flying in Tucson are over the car lots.  Funny, that tradition.  I wonder how it started.  Thank you for your insightful, patriotic post!

I had the same issue waiting for the wind to pick up to get a decent picture of Ole Glory flying high. Happy 4th !🇺🇸

Kathleen what a great post and all the additional history lessons you provided, I am sure   Mark Don McInnes, Sandpoint-Idaho will be trilled to read it... I had to smile Home Depot has Old Glory Flying and there are so many home owners who could take lessons, Endre

Very interesting fact on Jefferson and Adams Kathleen Daniels, Probate & Trust Specialist .  I have been very surprised at all the directions this challenge ended up moving.  Very rewarding for me.  Thank you for your participation.  M

There are many flags up in our home community.

Have a very special holiday weekend.

Oh, interesting about Adams & Jefferson, both dying on Independence Day, Kathleen! Love the shot and love that you waited to be able to see the POW/MIA flag flying. Was just by a local Home Depot and their flag was flying too! 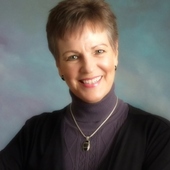