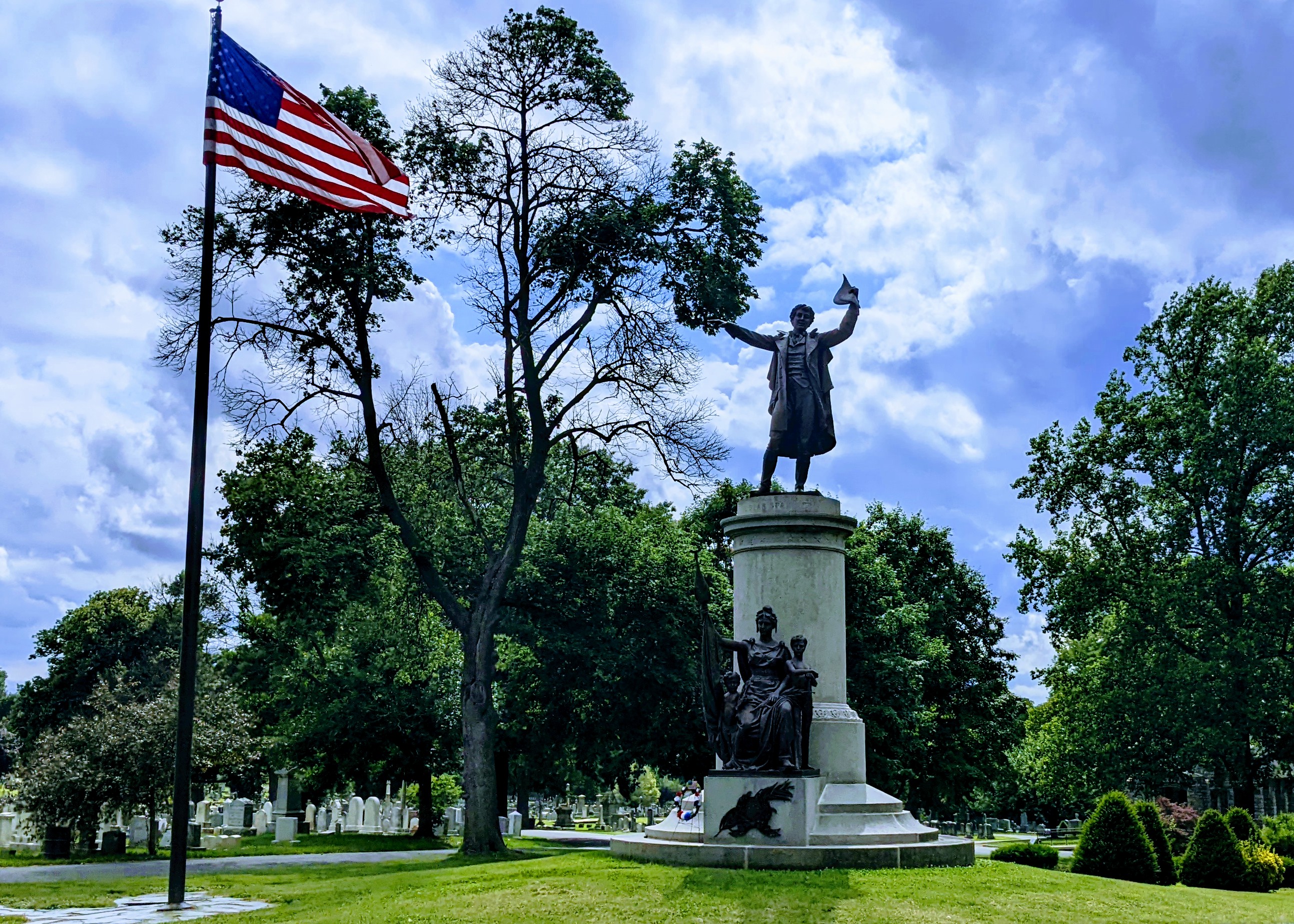 Mount Olivet Cemetery in Frederick, Maryland is the final resting place for the author of the Star-Spangled Banner, Francis Scott Key. FSK grew up in Frederick County and became a lawyer. After the British burned Washington DC in early September 1814  Dr. William Beanes an acquaintance of FSK was arrested. John S. Skinner, a US government agent for prisoner exchange, asked FSK to accompany him to help secure the release of Dr. Beanes. They were successful in negotiating his release. However the British feared they would divulge their plan to attack Baltimore and detained them on a truce ship during the battle. This is how FSK became an eyewitness to the bombardment of Fort McHenry. In the pre-dawn hours of September 14, 1814, seeing the stars and stripes still flying above the fort inspired FSK to write the poem first titled "The Defence of Fort McHenry". Flag that flew over Fort McHenry is on display at the National Museum of American History
Eventually, the poem was put to music and titled "The Star-Spangled Banner".The song became especially popular and a powerful expression of patriotism during the Civil War. In 1861, devastated by the split of the nation, poet Oliver Wendell Holmes wrote a fifth verse to FSK’s song. The verse was included in many of the song’s printings throughout the war. The song was recognized in 1889 by the U.S. Navy, who sang it when raising and lowering the flag, and then President Woodrow Wilson proclaimed by executive order in 1916 for it to be the national anthem. “The Star-Spangled Banner” was officially declared the national anthem by a congressional resolution and signed into law by President Herbert Hoover on March 3, 1931.
Mount Olivet Cemetery is a very special place and final resting place for many notable individuals through out history including both of my parents. If you are a history buff I highly recommend following an employee at Mount Olivet and historian Chris Haugh's blog "Stories in Stone"
Like favorite_border
favorite_border 22
Re-Blog
repeat 1
starFeatured
bookmark_borderbookmark

Happy Flag Day to my two favorite patriots from Philadelphia Hannah Williams & Betsy Ross !🇺🇸 Thanks for stopping by to comment.

Hi Buzz- well done.  When we lived in Leesburg, VA, we took every opportunity we had to visit the Civil War and Revolutionary War sights. I did not know the story of how FSK ended up on the truce ship.

Kathy Streib if you dig a little deeper as Paul Harvey use to say "and now you know the rest of the story"!

Laura Cerrano I enjoy finding the tid bits that are not widely known, thanks for the comment.

What a special photo and a wonderful history lesson! Glad to see this featured so hopefully more will read it.

Jeff Dowler, CRS the FSK Memorial at Mt Olivet Cemetery is a beautiful spot. They had their annual Flag Day history lecture yesterday.

Erik Hiss
Keller Williams Capital Partners Realty - Worthington, OH
You can trust me for all your real estate needs!

Loved the little history this moring! Love the song through and through.

Erik Hiss it is a wonderful song and to listen to all the verses that we normally do not hear.

Great tip on getting a guided tour. I always take the guided tours at destinations. The guides will know so many cool facts you'd never get from the sign out front.

Very true the local guides always give you "the rest of the story"!

Had we not had this challenge I might not have learned about all that history in your neck-o-the-woods!  Thank you for this fabulous bit of history.

Sheri Sperry - MCNE® Thanks for reading and commenting !

Thanks Jan Green - Scottsdale, AZ  , I've really enjoyed this challenge as I'm surrounded with great material where I live!

The Star-Spangled Banner - the most beautiful song I have heard in the last 50 years! The only song I know that never "ages!"

Those are nice pictures, Buzz.  I had to smile at the 3 cent stamp.  I remember as a kid, postage being that price.  I also remember when Mom and Dad had a fit when the price of a stamp raised to 5 cents.

Those prices keep climbing Myrl Jeffcoat, Thanks for the feature in the OFC

Buzz, very cool post, and have not ever been to Mount Olivet Cemetery, even though I lived fairly close years ago.

There are many famous historical people interred at Mt Olivet including my parents and some distant relatives. Thanks for reading Joan Cox

There is so much history surrounding the American Flag and what it stands for. I am glad to have read the story you presented.

Buzz Mackintosh - thank you for the history lesson about Flag Day. I sure with this was a Federal Holiday.

Thanks for sharing with us Buzz! Have yourself a great day.

Buzz what an awesome post and ironically I did not get pinged to this post, then to boot I did not even see it in the Featured post... now with that said so glad you wrote this and I am thrilled that it got Featured, Endre 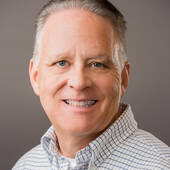