Twice in One Week - Dealing with Difficult Agents

Call them what you will. You may consider them colleagues or competitors, but we agree to cooperate with them and to help each other to make the transaction experience better for our clients in the end. But some of the fellow agents we encounter almost seem to be practicing real estate with blinders on.

In the past week, I've encountered two such difficult agents. One of these agents made an error in a purchase agreement, forgetting to put a survey contingency into an offer and then insisting that our seller client pay for a survey map.

Both of these agents decided that we were somehow to blame for their own errors. In one instance, the Title company wound up advising the difficult agent that he had neglected to include any language about a survey (or who would pay for it). Our closer came to the rescue and notified the buyer and her agent that they would be in default if they refused to close over this issue. In the end, the transaction closed and funds were disbursed.

In the second incident, a day after our closing, the buyers' agent began texting numerous photos, claiming there was an undisclosed defect in the home. I asked that agent to communicate his clients' claims via email instead of text messaging. He replied, "Great idea" and then proceeded to ignore our request, continuing with his barrage of complaints and claims by text message.

This second dispute was settled by a phone call to an attorney with the Wisconsin Realtors Association (WRA) legal hotline. The WRA attorney reminded the buyers' agent that the transaction closed several weeks ago, thus the agency relationship between agent and the buyers no longer existed. Moreover, the buyers had voluntarily neglected to have a home inspection and they skipped the final walk-through as well. The agent had no written proof that he had suggested a home inspection and no written proof that he had reminded his clients of the importance of attending a final walk-through prior to closing.

Most of this boils down to laziness. Doing business by text messaging is lazy, as well as risky. Text messages lack a detailed paper trail, unless you can duplicate and convert or transfer those messages to email (most agents do not do this). Texting instead of using email is a recordkeeping issue. All states have recordkeeping requirements for real estate licensees. If you wind up in court over a transaction dispute, do you think a judge is going to be okay with the fact that you prefer texting "because it's more convenient" for you?

Sending photos by text message? You might want to caption them and keep a record of what the recipient is looking at. How about labeling photos by the date and time they were taken? E&O insurers like agents who keep records. Just ask your insurance agent.

I read a great many blogs about what makes a great agent. Some claim that the best agents are locals who belong to the "hometown team".  Both of these agents I've written about in this blog are locals. I'd love to see more members of the "hometown team" observe the same basic standards of practice that the rest of us routinely follow.

Hi Eric Kodner, If it's not written down it didn't happen.  And text messages are not "written down".

Hello Eric - real estate is never easy.  Not for buyers or for sellers.  Real estate practitioners are not excluded either.  It's nice to "see" you on the AR blog roll.

It's too bad these two transactions did not work smoothly. And two in one week, yikes!

I do think texts can now be used in court, just as emails are.

Thanks Kat. Text messages can be used in court (depending on State law) but there are numerous conditions. A Google search reveals some of these requirements

Text messages require consent. They also require documentation that is acceptable to the Court (date & time of the messages and full contact information of the parties to the text message, including phone numbers and email addresses). In some cases, a screenshot of the message may be required.

ZDnet.com has an article on its website that all real estate agents should read, entitled "Texting in business: Not a good idea". I recommend reading that article.

Good morning, Eric... sadly this happens more often than we would like. Fortunately, in the 30 years I've been in this business I've encountered these kinds of stupidities only a handful of times.

Nina, you are fortunate. Standards of practice appear to vary greatly depending on the state and municipality where we practice.

Eric, unfortunately we do see this happen and OFTEN.   Either it is laziness, or they are too busy to pay close attention to what they are doing. 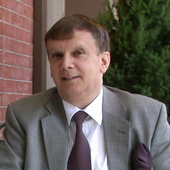