Juneteenth Is American History! Looking for things to do this weekend? Visit the African American Cemetery Trail and The Museum of The Iron Worker at Catoctin Furnace in Thurmont, MD.

The Johnson Brothers built the furnace in 1774. Thomas Johnson
later became the first Governor of Maryland.

At least 271 enslaved African Americans worked at Catoctin Furnace between the 1770's and the 1840's.

Panels along the African American Cemetery Interpretive Trail tell the story of the furnace and village.

Listen to Audio recordings of the interpretive Panels at
www.catoctinfurnace.org

Juneteenth is the oldest commemoration of the end of slavery in the United States. On June 19th, 1865, two and a half years after the Emancipation Proclamation, Union General Gordon Granger announced the end of the war and read General Order No. 3 in Galveston, Texas, which declared that the enslaved were free.

Great information.  Thanks for sharing and have a wonderful day! bill 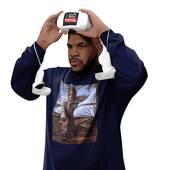