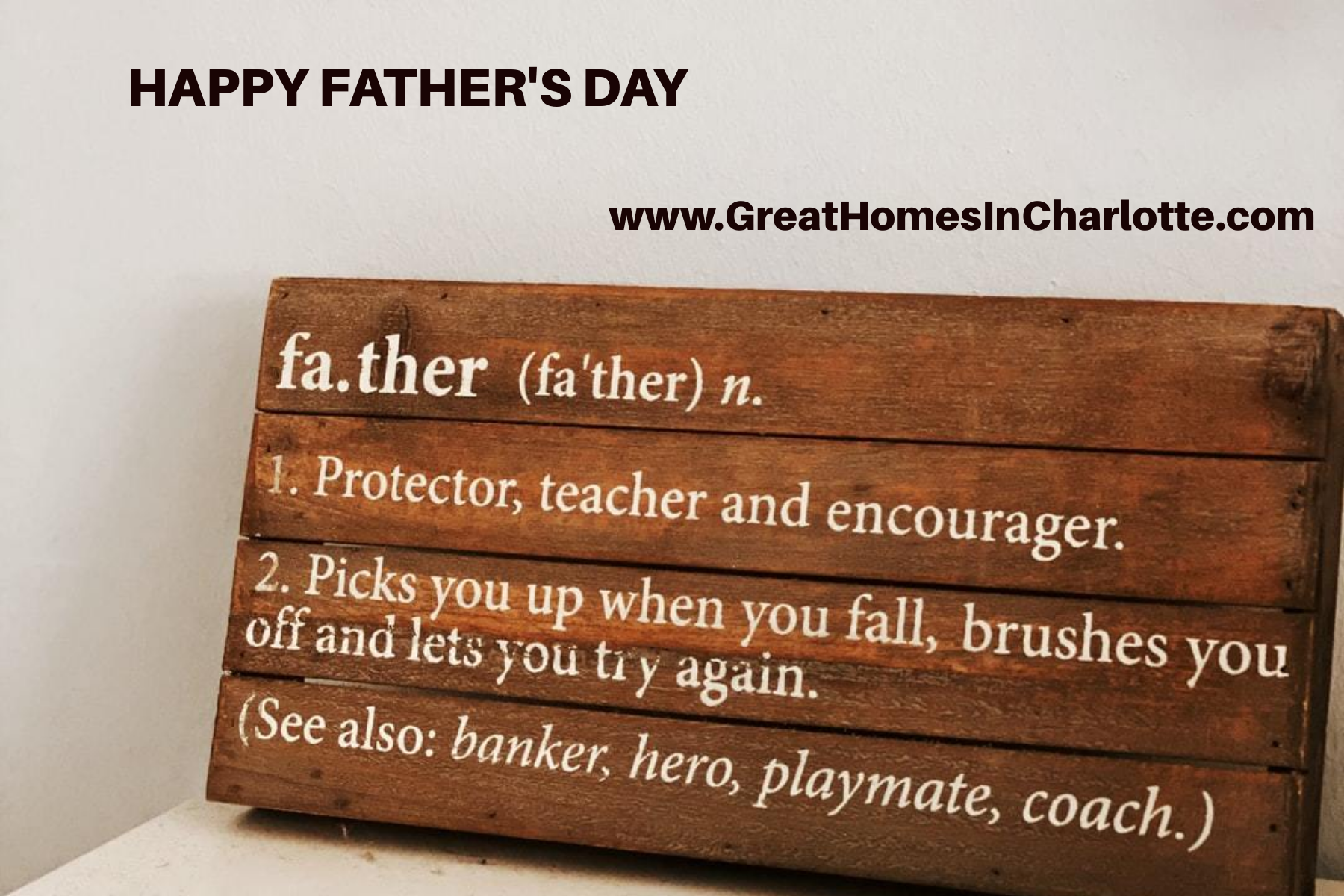 “A father is neither an anchor to hold us back nor a sail to take us there, but a guiding light whose love shows us the way.”

A father's love is special and unlike any other. As Antoine-François Prévost said: "the heart of a father is the masterpiece of nature."

"I'm a father; that's what matters most. Nothing matters more."

"Daddies don't just love their children every now and then, it's a love without end."

"A father is someone you look up to no matter how tall you grow."

"My father gave me the greatest gift anyone could give another person: He believed in me."

"Sometimes the poorest man leaves his children the richest inheritance."

"Any man can be a father, but it takes someone special to be a Dad."

“The greatest mark of a father is how he treats his children when no one is looking.”

"Dads are most ordinary men turned by love into heroes, adventurers, storytellers, and singers of song."

Nina, it is sad when we can't celebrate with our Dads, but they are in our memories.  Lots of great quotes.

Hello Nina and I like the quotes you are sharing with us today here in the Rain.  Make it a great day!

Joan Cox hi Joan... I did not have much of a relationship with my father... so can't say I carry many great memories from my childhood.

Will Hamm thanks, Will... and thanks for stopping by. Wishing you a lovely Father's Day.

Nina Hollander, Broker - What a nice tribute to father's everywhere. Sadly, because of divorce, separation, or no need to marry and/or dying in war, covid, or other diseases, I am not surprised there are fewer and fewer fathers looking after their children. And I think children are craving those men they could look up to in their families.

Nina Hollander, Broker - the statistics are alarming. Many are in prison too and let us keep in our hearts those locked up since January 6th without a fair trial.

Happy Father's Day to all of your readers.

I love your selection of quotes.

Hi Nina- I love that video. That figure you shared is sad and I think contributes to what's going on in our society.  Dads must step up...be present.

Hello Nina Hollander, Broker thank you, Happy Father's Day to you and to all Fathers everywhere.

Hi Nina - all of the descriptions above apply to my father.  I miss him even now.

Patricia Feager, MBA, CRS, GRI,MRP hi Patricia... right now, the less anyone talks to me about our justice system, the better. Our country is on its ear.

Thank you, Roy.... and thank you for stopping by... trust you've been enjoying your Sunday.

Kathy Streib hi Kathy... I thought that video was just adorable. Of course, the problem with so many boys growing up without a father in the home is that when they are adults they have no clue about how to be a father. That does not portend well for the future.

John Pusa thanks, John... trust you've been enjoying your own Father's Day today.

Grant Schneider hi Grant... I suspect that those of us who've lost a parent they were close to never stop missing that parent.

Nina thank you, and I hope you made this a special day for your hubby as well.  ☺️

George Souto good morning, George... trust you had a lovely Father's Day. Happy Monday to you.

Nina Hollander, Broker I loved the video. It made me smile and brought back memories of my husband with our kids. I especially loved this quote:

"Dads are most ordinary men turned by love into heroes, adventurers, storytellers, and singers of song."

Carla Freund hi Carla... I loved that video the minute I saw it and looked at it three times. Put a big smile on my face.