While mobile internet connections on 4G networks are quick enough for most average users, enabling them to stream HD video or download music, apps and games on the go, 5G, the next evolution of wireless networks, has really taken over in the last year.

While Samsung and several other smartphone makers released their first 5G handsets in 2019, Apple jumped on the 5G bandwagen in the fall of 2020, bringing the new standard to the entire iPhone 12 product line. Having sold more smartphones in the last three months of 2020 than any company ever before in a single quarter, Apple's 5G debut definitely provided a major boost to the new technology.

According to estimates from Ericsson’s latest Mobility Report, the number of 5G smartphone subscriptions worldwide will blow past one billion this year, almost doubling from 2021. That would mean 5G reaching that milestone two years earlier than 4G did after its introduction, and, according to Ericsson's estimates, subscriptions will double once again by 2024. 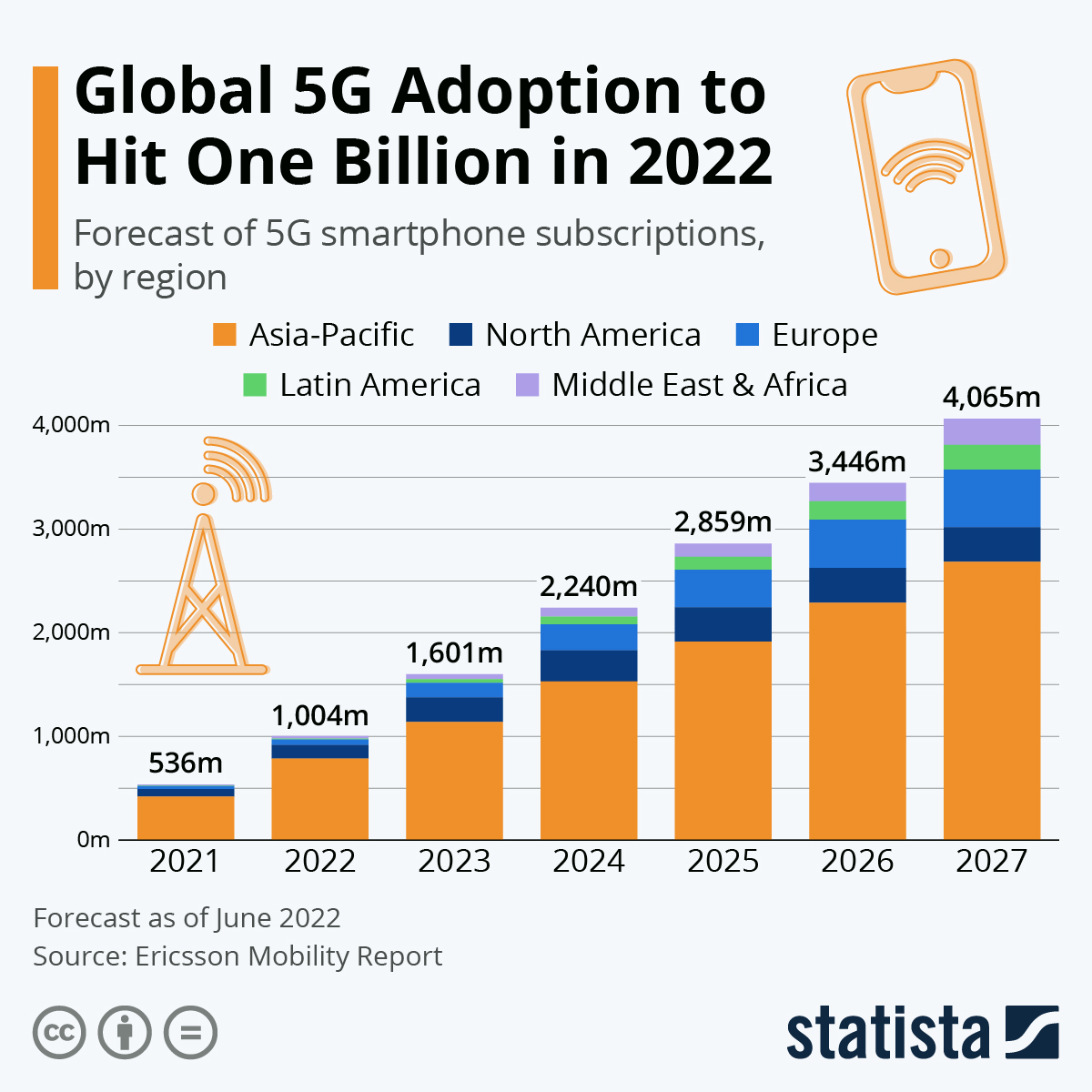