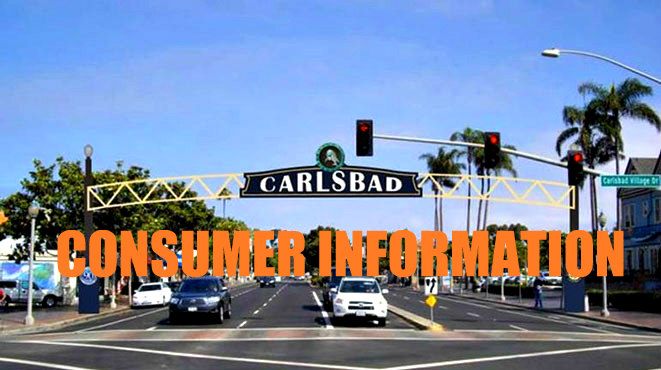 Yesterday afternoon was a bit scary, especially for some residents, with a brush fire at the Buena Vista Lagoon just north of Carlsbad Village.

About 1:00 pm we noticed what appeared to be a low marine layer moving in quickly at our house. But it was clearly smoke, and there was ash floating around in the light ocean breeze. I couldn’t find anything immediately online and there were no emergency alerts on my phone. But there was clearly a fire burning somewhere nearby to the west.

Turns out there was a 10-acre brush fire at the Buena Vista Lagoon just north of Carlsbad Village and a residential area on the lagoon.

Here’s a video from CBS-8 San Diego on YouTube.

There were a number of evacuations given the location, along with a number of closed roads. But no injuries were reported and no buildings were damaged, thanks to the quick work by the Carlsbad Fire Department and the Carlsbad Police Department, and other services who were helping. The fire was extremely close to some homes as you can see in the video.

It's pretty scary to have a fire so close to a residential area and Carlsbad Village. But thankfully it was no worse than it was and was contained quickly. Lots of prayers answered!

I heard this morning that they have arrested a 59-year Carlsbad man for suspected arson.

Good morning Jeff. Can't imagine the fear of facing a fire.The lack of ability to do anything but evacuate must be heavy on one's mind! Thankfully, you were safe and unharmed! Enjoy your day.

Hi Bill Salvatore - East Valley  Yes, I've read about what's going on in AZ. I think we are all in for a very serious fire season.

I was pretty worried about those living near the fire since it was so close and with the winds the fires we get can spread so quickly. It would definitely feel very helpless when all you can do is evacuate when asked with little time to prepare.

Hi Jeff - that is scary and glad they found the source.  Wildfires are so destructive.

Grant Schneider  Scary indeed. It's hard to understand how someone could just deliberately start a fire...if that is actually what happened. Pretty scary to be right in a residential area. Thankfully it didn't spread further than it did and the winds were mild.

Oh wow, Jeff... how scary is that! And then to find out it was arson. I've never been that close to any fire and it just sent shivers down my back.

It was a bit scary since we did not know quite where it was Nina Hollander, Broker  And certainly a lot scarier for those living close by, especially with how dry it is.

It's truly hard to understand arson.

Jeff that is not a sight you want to see, even if it is a few miles from your home.

Pretty unnerving that it was so close to a very built-up area and lots of people.

Jeff- that's scary and I'm happy no one was harmed. It's also frightening to think that someone started this. I'd still rather face a hurricane!

We are all thankful it was not worse - winds could have made it devastating if it had spread. So disheartening to hear it appears to have been deliberately set!

Jeff Dowler, CRS - first of all, I am thankful nothing happened to you and your family and neighbors. Second, what a great Fire Department you have that acted so quickly in response to that fast burning fire that could have been so much worse if it started at night while people were sleeping. Scary? Yes! I wonder why you didn't get a call or someone knocking on doors. In my Town anytime there is an alert everyone gets a text, phone call, and email (provided contact information was given to Flower Mound's Emergency Services). I pray you never have to experience a fire so close to home. That smoke was dangerous and very scary too.

That is not good and hopefully, they got the person that started it and that it was not worse.  In September, I am staying near Tamarack/Garfield which seems to be not too far away.

Jeff, that would be very scary to see all that smoke, and not know where the fire was!

Patricia Feager, MBA, CRS, GRI,MRP  - the Fire Department and others clearly did a great job and the lack of strong coastal winds seemed to be in their favor.  I suspect if things had progressed there would have been an alert and maybe there was for those in the immediate vicinity.

Thank you for the kind thoughts.

Jeff Dowler, CRS - the skill of true leaders over a large population under stress or unexpected misfortunes is to keep people calm and safe, while taking care of the problem and helping others not to panic. For many years I was the spouse of a Paramedic from a Volunteer Station in our community outside of Texas. When he wasn't on a call, he was always in training, everyone cleaned and maintained the Ambulance and Fire Trucks, or they had sessions with the Chaplin to keep the faith, stay strong, and exercise self-discipline always putting the towns occupants, their properties and pets first before their own. From what you disclosed, your Fire Department was always in control and knew exactly what they were dealing with Kudos to them for keeping everyone safe and getting that fire under control.

Hi Brian England  - I haven't heard more about the alleged arsonist but no doubt it will be in the news when there is something to share. You're staying about a mile or so south of the Village.

Joan Cox  - it was odd to not find information right away but I didn't spend a lot of time on it. Just didn't search in the right way.

I was at Disneyland a couple of days ago and the whole place looked like a tinderbox. Stay cool and safe Jeff 🙂

I am glad that this fire was not worse and that no structures or people were harmed.  Coming from SoCal, I remember the treats of fire along with mudslides, and earthquakes during the different seasons.  You just never know what to expect.  Glad you are ok!

Thank care and be safe.

Have a great day, Jeff, and an outstanding week.

WOW.  Those photos are scary. Kudos to the Fire department!