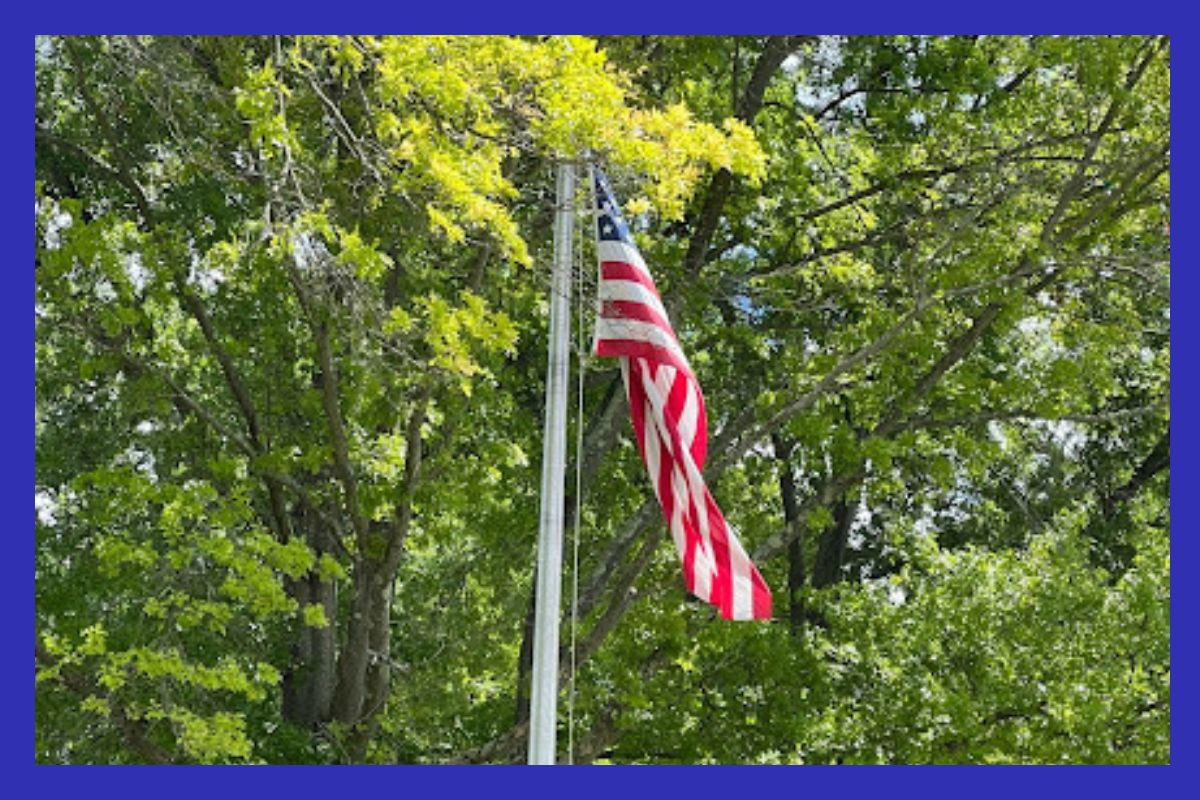 The town of North Castle New York which includes Armonk is very patriotic.  Flags line main street as was shown in my first post.  Today was primary election day and the flag above flies over town hall below.

Just down the street is the American Legion Hall.  When our girls were in school the town supervisor was a member of the Legion and promoted patriotic celebrations.

That American Flag flies in front of the American Legion post with the POW and MIA flag below it.  Our family has special memories of Memorial Day services in front.  The Byram Hills High School Band played in formation under the tree.  Both of our daughters played here during their high school years.

This is my third and final post for the challenge sponsored by Mark Don McInnes, Sandpoint-Idaho and Endre Barath, Jr.

Grant loved your post and so glad you took time out and participated in Mark Don McInnes, Sandpoint-Idaho  Active Rain Challenge, make sure you post a link on his post as well, Endre

Thank you very much, Grant for sharing your photographs and for telling us about the area.

Great entry Grant for 'Ole Glory , and including it by Town Hall at North Castle on primary day!

Thank you for sharing! And what a good day to take the photos, on a day when people are doing their patriotic duty!

Laura - yes it is and I know a number just like this on Long Island.

Endre - all done.  This challenge caused everyone to stop and take notice of Old Glory.

Roy - thank you very much.  Glad you like them.

Larry  and Sheila - yesterday was sunny and bright.  I hope it is this way on the 4th.

Kat - the only thing I have from the years when my daughters played there were videos which would have taken lots of work to re master.  They are on VHS.

Loved this post, Grant... and what I've realized through this challenge this month is that it's impossible to have a bad picture of Old Glory.

I miss hearing a band play.  I remember the high school band would practice at the football field that was near my elementary school and I would get to listen to them play on my walk to school.  I always enjoyed it.

Good morning Grant. The June challenge had me looking at flags differently for the entire month. May have me doing the same into the future. It sure jogged the memory bank! Enjoy your view of the flags!

Grant, Ole Glory sure looks good with the trees as the background.  Great entry!

Hi Grant- love your entry, especially the flags in front of the American Legion post.  All of the posts on flags reminded me of when I was an affiliate with the Women's Council of Realtors. The flag was always front and center and we said the Pledge of Allegiance before our event. g

Grant I love seeing our proud America Flag being displayed in a beautiful town like North Castle, New York

Hello Grant Schneider .  It has been interesting to see the number of posts that state memories of past evoked with a certain flag flying.  Thank you for your post.  M

Nina - thanks.  I agree with that.

Brian - it is nice too hear.  My older daughter played the flute and younger one, the clarinet.

Wayne - that was a good thing that it did.

Joan - I need that shot because the overhead wires got in the way.

Kathy - yes.  The pledge is recited at all town board meetings.

George - the towns like mine, yours, and all around make America.

Mark - It is part of the American heritage that we share.

Have a very special holiday weekend.

I love all the background information you provide with your images.  I was reminded by the POW/MIA flag that my uncle was a prisoner of war in Japan.  I don't often think of that so I appreciate the reminder to remember his courage and heroism as a prisoner or war. Have a wonderful 4th of July weekend.

Roy - getting ready for the weekend.  Have a great holiday weekend.

Sheri - I also see that flag at our post office in town.

Hello Grant, Lots of flags in the Rain in June and sure lots on July 4th.  I have mine out everyday with a light on it at night.