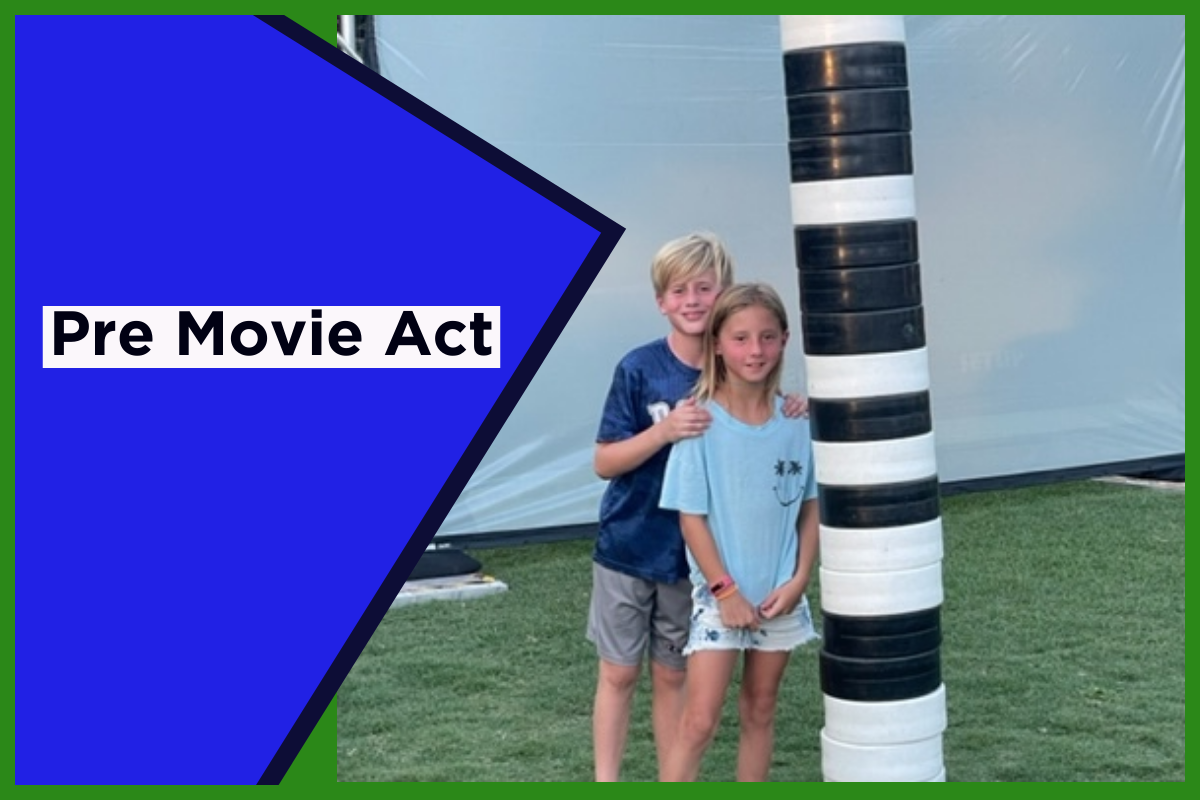 Handsome Hudson and Beautiful Beckett were waiting for the outdoor movie at the resort we were staying in over July 4th weekend. There was a big outdoor checkerboard with checkers, and no one was playing with them, so they decided to build a tower in front of the big screen (no early screen credits)! Everyone cheered them on when dad lifted Beckett up to place the final ones! The crowd was entertained while waiting for it to get dark enough for the show to start and the pop corn popped.

It wasn’t long after the movie began. Looks like they were the pre-movie act!

“Leadership is the capacity to translate vision into reality”......  Warren Bennis

Dorie, Beckett is growing so fast.  She is almost as tall as Hudson.

She is going to be tall like her older cousins for sure George Souto !

Hi Dorie - I am sure was a fun time having the whole family together.

It was Grant Schneider

Good morning, Dorie.... I was wondering what that was in your picture... and now I know!

These two always have to be making something Nina Hollander, Broker

Good morning Dorie. Beautiful Beckett and Handsome Hudson are growing like weeds! Am I aging that fast? Enjoy your day.

How wonderful! They are creative!

They will always find something to do..even waiting for something they are busy beavers Kat Palmiotti

Thanks, Dorie, for adding smiles to our faces with this story.

Enjoy every moment with your family.

Wow, that is pretty cool.  Did it stay standing or crumble down at some point during the movie?

hi Dorie- how cute is this!!!! And I love that they are enjoying their life so much.

Those are some giant checkers, Dorie! And, those two are so precious and creative! I know they bring a smile to your face every day. I love that you vacationed with them - how fun!

Dorie Dillard Austin TX - I am convinced, creativity is the beginning of all life's accomplishments and goals! Your grandchildren are creative, amazing, and beautiful from the inside out. I love how united your family is and supportive too. Those stacked checkers are mighty tall!