There isn't any Poison Oak or Ivy in Hawaii or Idaho; thus, it wasn't a thought for the past 25 years in my mind. I got into Poison Oak/Ivy once in California and discovered how horribly allergic I was. Like I'd rather die next time thank you.

Well, as would happen, someone mentioned in conversation that there are vines (called Kudzu) that choke off and kill the trees; common in Tennessee.

So I thought, "oh yes!," we have those on some of our trees in our backyard.

That next weekend I fire up my chainsaw, and off I go to "save the trees". Whacking these horrible vines off all those poor trees! All 10 of them!

I bet you can guess the rest of the story!

It was ALL Poison Ivy. All of it.

This is stuff nightmares are made of! Later I'm told by the "locals," (who know) it's not a matter of if you will get into it; it's when you get it! It's everywhere!

I won't even go look for a lost golf ball anymore. Everything green now is my enemy!

Being a bit entrepreneural,  I thought someone should create an app for phones that automatically alarms you that you are near poison ivy! Like a Geiger counter!

Well, no such thing, but I did find an app that allows you to take a picture of any plant, and it will tell you what it is! Yeah!

Here's the name of the app. "Picture This".

It's awesome! You take a picture, it scans the plant and tells you what it is! Very cool!

So, just so you know, Tennessee has Poison Oak and Ivy, and hopefully, nothing else I'm unaware of.

Here are some pictures! That sounds like a miserable experience LEONORA PRINCE CCIM.  We have poison oak not too far from where I live in the Sierra Nevada foothills.  I've been all over them but so far have been lucky to not run into it.

I'm going to check out that app too.

Yikes. Thanks for the reminder. Had poison army as a kid...yikes as they taught us in Boy Scouts stay away from those leaves of three. Jeff

I was so allergic to poison ivy as a kid that I had to go get shots every Saturday trying to reduce the response. We could drive in the car past someone who was burning it, and I'd get it in my sinus cavities and all over. The shots did not help!

So let me just say, NOT having poison ivy in Montana is just one of the reasons I love where I live. No worries about what I do or do not touch!

I totally understand your experience. Stay away!

oh my goodness! I though I had it bad! 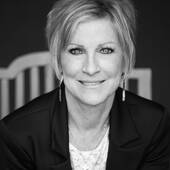