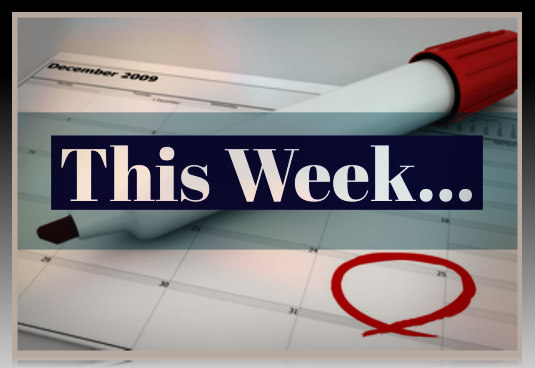 This Week…Animal Week in Houston

What an interesting week it’s been!  I’m accustomed to seeing animals in our yards (a peahen laid eggs in our yard in FL).  But this has been a crazy week! It is much easier to show compassion to animals. They are never wicked. Haile Selassie

An emu was spotted running loose near the airport and it was eventually captured and returned to its owner. Cows wandered into a neighborhood south of Houston and found shade under a tree in someone’s front yard. The resident saw this on her Ring doorbell.

Love the animals: God has given them the rudiments of thought and joy untroubled. Fyodor Dostoyevsky And just when we thought they were done for the season, one pair of bluebirds decided to try for brood #4!  We have another brood in another box and we are hoping that with temps in the 100s the eggs will survive. The best thing about animals is that they don't talk much. Thornton Wilder

Besides people watching, I love observing animal behavior!  You never know what either will do!!! Good morning Kathy. not much nature in downtown Chicago. We do have a lot of steel cranes currently during the construction boom. Time for a drive in the country. Enjoy your day.

OMG..I love all of these animal sightings! I'm sure they are hoping to find water and shade from our brutal temperatures this summer! Thanks for sharing.

We see turkey running around in our neighborhood all the time and an occasional coyote, but an emu would be quite a shocker.  It would be fun to see.

I am hopeful your new broods make it too.

Hi Nina Hollander, Broker I know how much you love them. Small rant...this week I've seen people walking their dogs. Some have water with them to give to the dogs but some don't. I saw a dog panting today while walking with its owners. I offered to pour some of my water in their hands for their dog but they were on their way back to their car. These poor dogs are hot and thirsty!

faye schubert so do I! Because bluebirds prefer to have a box in an open space, there no trees near the box for shade.

Michael Jacobs I can remember our first home in Houston. One Friday afternoon my neighbor called to alert me to a cow in front of my house nibbling on my shrubs.

Hi Brian England we're concerned about the heat which may be too much for the eggs. When we had eggs and chicks in our box in our yard, Larry put "siding" he designed to deflect the heat and also put a mister on the box.

Roy Kelley when we lived in Leesburg, I remember planting caladiums in the front only to have the deer heat them the next day.

Hi Joan Cox we know of someone who raised emus south of Houston.

Bill Salvatore - East Valley Thank you and hope you have a fun weekend.

Grant Schneider I've not seen on up close and personal!!

Wayne Martin I'd say it's time for Grandpa to take the wee on to the zoo!!!

Dorie Dillard Austin TX  It looks like Austin and Houston will have 100+ temps next week too.

Hi Ray Henson haven't seen a turkey but do see armadillos and raccoons. Just as happy not to see a snake but it's only a matter of time.

What  a fun busy animal week Kathy!  Love the videos!  We've got so many different birds at your nightly happy hour at the fountain right now and it's so fun to watch.  Last night a family of Quail flew in with the babies and enjoyed dinner in the yard for awhile.  Haven't seen that in a long while!  Our little oasis is just what the hot weather needed for all these creatures!

The story about the cows roaming the neighborhood is too funny, Kathy.  In my neighborhood it is only, raccoons, coyotes, possums, skunks, wild turkeys and an occasional peacock.

Well, that was some video!  You do not often see an emu, let alone one running around in a business park.  Maybe they were filming an Insurance commercial! haha

An emu being chased by a police car! That's one thing I haven't seen here.

Finding shade on a scorching day would be a good plan, Kathy. Getting out in the garden early morning to pick is best right now as well. Wishing you a fantastic Sunday!

At least they caught the emu before it caused problems. How do you catch something like that?

Wow what an adventurous week. Love the quote choice.

What a fun week, Kathy! Like you, my heart is with the animals more than people! LOL

I hope the eggs make it - please do keep us updated on the 4th brood!

And, the emu video - hilarious! I can totally see jokes about how many cops it takes to catch ONE EMU!! LOL