The Bulletin reported the other day that the Thornburgh Resort which has been planned for almost the last 20 years, is still moving forward, and a little smaller. 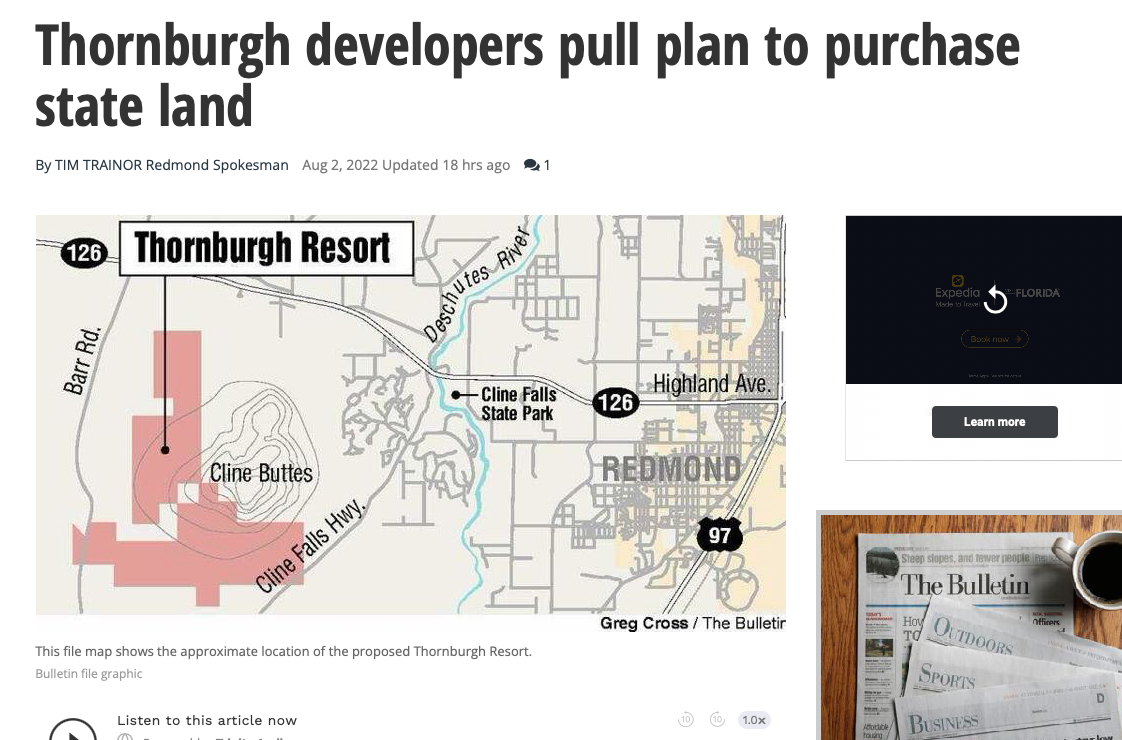 One of the many controversial aspects of Thornbourgh was the negotiations with Oregon Dept of State Lands for the acquisition of some large land tracts bordering the proposed resorts. It's not unheard of for the State of Oregon to sell off these large landholding that usually date back to statehood. The funding goes into the state school system and is usually seen as a win. But the public resistance that Thornburgh has received over the years made the appearance of a partnership with the State seem somehow nefarious. I think reducing the overall footprint of the project and cancelling the state land acquisition is a good move for this project.